"I can't believe this is happening to me," said Willard Ingraham 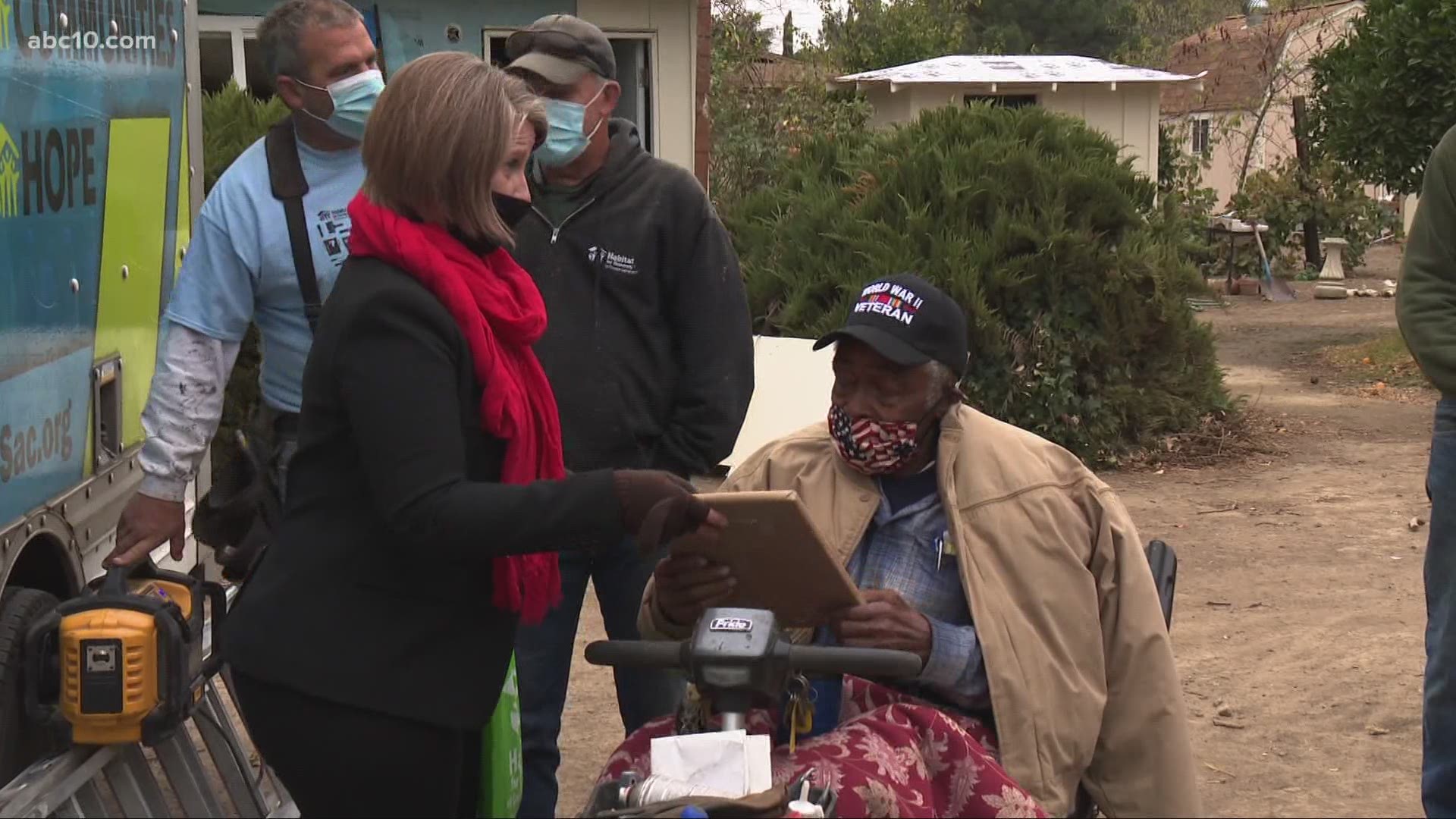 DUNNIGAN, Calif. — It's safe to say that this will be a Veterans Day that Willard Ingraham will never forget. The 95-year-old WWII veteran received the surprise of his life.

Habitat for Humanity in Sacramento has been generously providing care for Ingraham's property over the last several months. Repairing everything from roofing to windows. On Wednesday morning, they decided to take that generosity up a notch.

Years ago, Ingraham lost his beloved 372nd Infantry Regiment's 1945 yearbook. He was just a teenager when he appeared in the book. In fact, he was just 16 years old when he enlisted.

When Habitat for Humanity found out that he was looking for his book, they went to great lengths to get it to him.

"A really, really resourceful intern in our office actually dug deep and did a serious internet search and found an antique bookseller on the east coast who had the original book," stated Shannin Stein, Chief Operations Officer, Habitat for Humanity of Greater Sacramento.

The antique bookstore is located in Connecticut.

While doing routine work on his property, Stein and others from Habitat surprised Ingraham with the gift. His eyes lit up like the 4th of July when he recognized his long lost yearbook.

"I'm really really excited about it. Just can't believe this happened to me," explained Ingraham. "I was just worried to the bottom of my heart that I lost that book. I don't know how I lost it because I kept it so long. This person was able to go out and find that book, I'm telling you."

And that's not all Ingraham received. Habitat also surprised him with a special thank you video from other veterans. Overall, Ingraham's heart was overwhelmed with joy.

Ingraham plans to keep the yearbook in a very safe place. He says the most important thing he learned in his life came from his grandmother, who told him to "always love people and always be grateful."

WATCH NEXT: The History of Veterans Day

The History of Veterans Day: Veterans Day originally came out of World War I but has changed a few times throughout history.