'I just wanted to somehow give back to Sacramento' | Boards For Change raises more than $20,000 for Black youth organizations

So far, the project has given grants to more than a dozen organizations throughout the city. 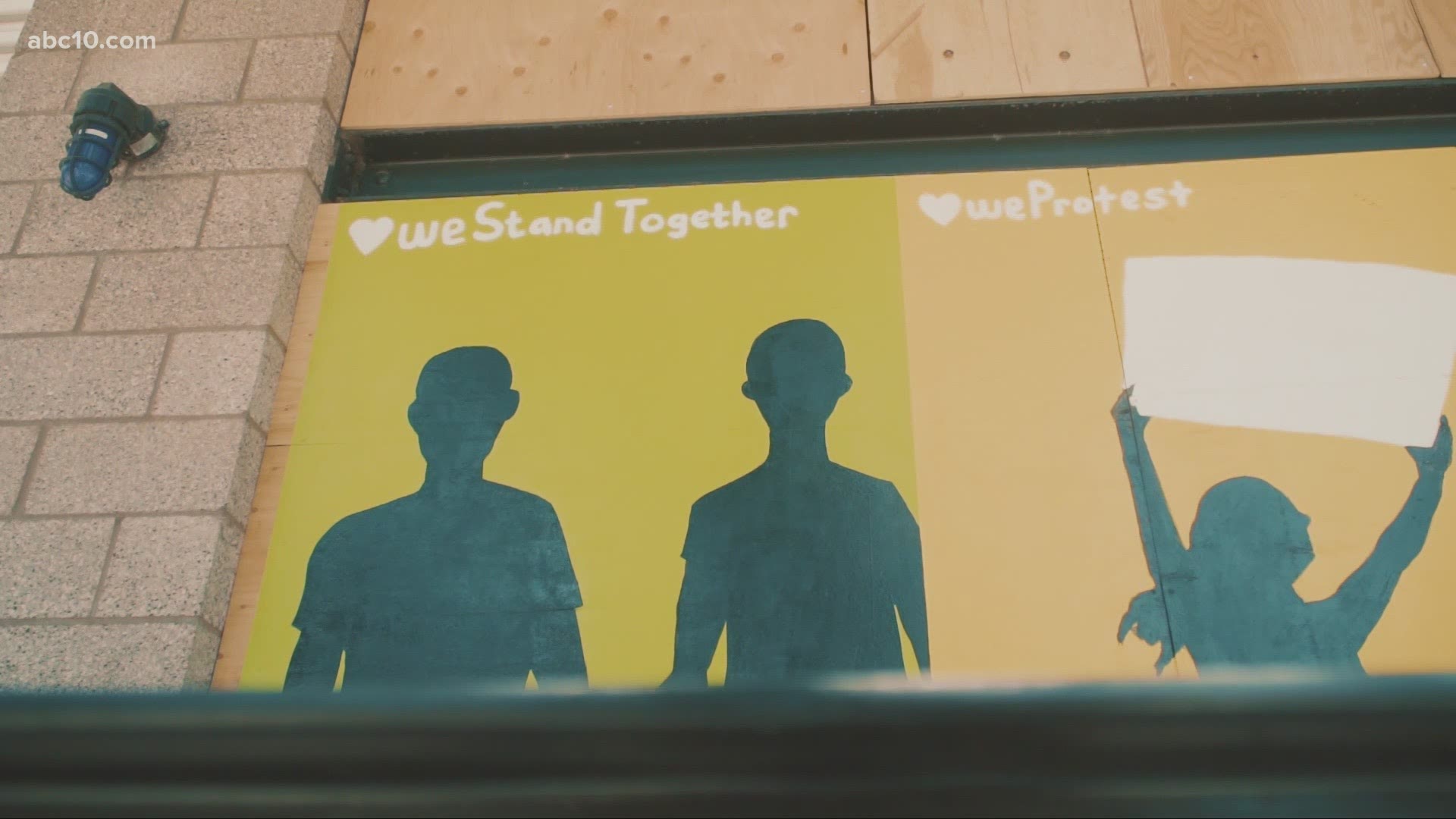 SACRAMENTO, Calif. — On a mission to raise money for Black youth organizations in Sacramento, the women behind Boards For Change announced they have raised more than $20,000.

ABC10’s very own sports anchor, Lina Washington, along with Kimberly Prince and Shannan O’Rourke created Boards For Change in June 2020 and the momentum hasn’t stopped since.

"We’ve been overwhelmed by the response," explained Boards For Change Co-Creator Lina Washington.

Boards For Change began as a project and call for artists last summer when businesses were boarded up during protests over the death of George Floyd.

"It was jarring to see that," Washington explained. "So we decided to make it something beautiful and give an opportunity and an outlet for local artists to express solidarity and get some creative juices flowing."

From there, a creative beautification project turned into a movement. The boards that were painted by local artists throughout the summer and additional pieces went up for auction. With that auction, along with a GoFundMe, Boards For Change has since raised more than $21,000.

"We’re generating funds for local organizations, serving the youth," Washington explained. "I just wanted to somehow give back to Sacramento."

They’ve given out $1,000 to $2,000 grants to more than a dozen organizations throughout the city.

"Like sac area youth speaks, improve your tomorrow, you can go to college, project optimism, sojourner art museum," Washington said, listing the non-profits and organizations that have benefitted.

My birthday is 4 weeks from today. I don't know what I plan on doing to celebrate (if anything) after an unimaginably painful year but it'd mean a lot to me if @BoardsForChange could hit its $20K fundraising goal to benefit local youth. Any amount helps 💗https://t.co/xaRA8Ox0xh

To celebrate Black History Month, Washington, O'Rourke and Prince launched another auction at the start of February that would continue through the month.

Some of the auction items, including several painted boards, which were placed in businesses in the Midtown area like Rick’s Dessert Diner and Capitol Stage. Washington said this was a collaboration to get her project out there and also to generate foot traffic in these businesses.

Washington said the money made so far for local organizations that serve Black and Brown youth and underserved communities was beyond what she had imagined, but she wanted to keep it going.

You can find a link to donate or bid on auction items on the Boards For Change website.

WATCH NEXT: Boards for Change connecting community to inspire change