The Kaweah Post Office outside the town of Three Rivers has a strange and interesting history. 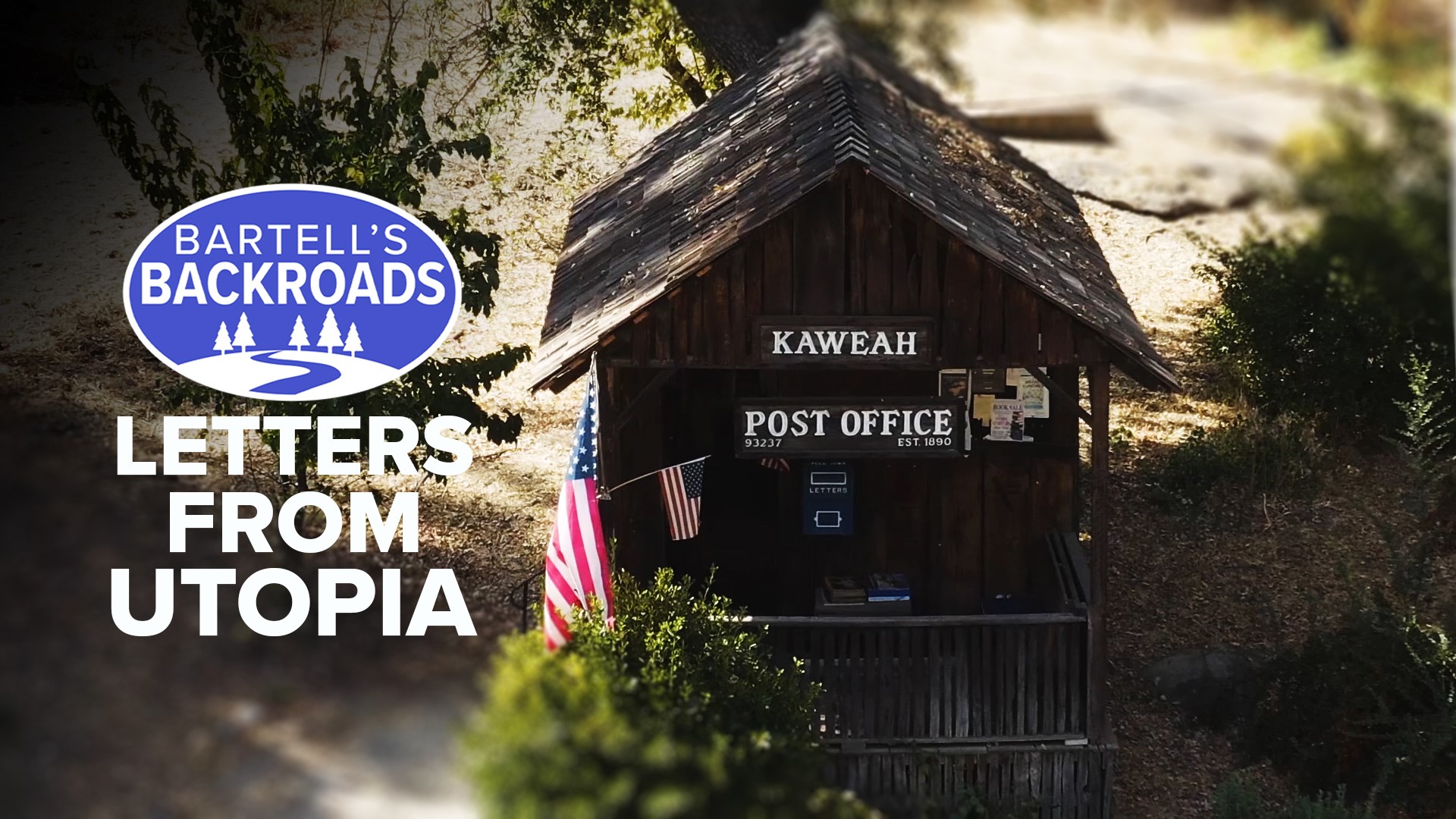 THREE RIVERS, Calif. — Located at what used to be the main entrance to Sequoia National Park, just outside the town of Three Rivers, is the Kaweah Post Office.

This little mailbox of a building is not the smallest or the oldest post office in California, but it does have one of the strangest backstories.

In 1886, Utopian dreamers who called themselves the Kaweah Cooperative Colony moved to Tulare County. The eccentric non-conformists were made up of about 500 labor activists from San Francisco. Kathleen McCleary, the current steward and postmaster of the historic landmark today, said members of the Kaweah Colony were educated and they wanted to experiment with a different type of government.

The colony was first to make roads into what is now Sequoia National Park. Back then, the post office was just a tent. McCleary learned the history of the current post office by accident.

“I bought 30 acres up here and this post office came with it," McCleary said. "I didn’t know that."

The Kaweah’s settled on the land with the plan to cut down the giant sequoia trees for lumber. All went well for about five years until the government seized the land they were on and turned it into Sequoia National Park.

“A lot of them came down the road to settle and ranch,” McLeary said.

The 180 square foot post office was built in 1910 and employed a number of postmasters. The US Postal Service almost shut it down, but before they could, McCleary and some locals volunteered to operate it for free.

“People kind of expect it to be here and I have the time and wherewithal, so I do it,” McCleary said.

The post office is now a historical site with 45 mailboxes. It often costs McCleary money to keep the post office open, but neither snow nor rain nor heat will stop her from keeping it going.