There are flowers on Virgil Henry's grave for the first time in decades. 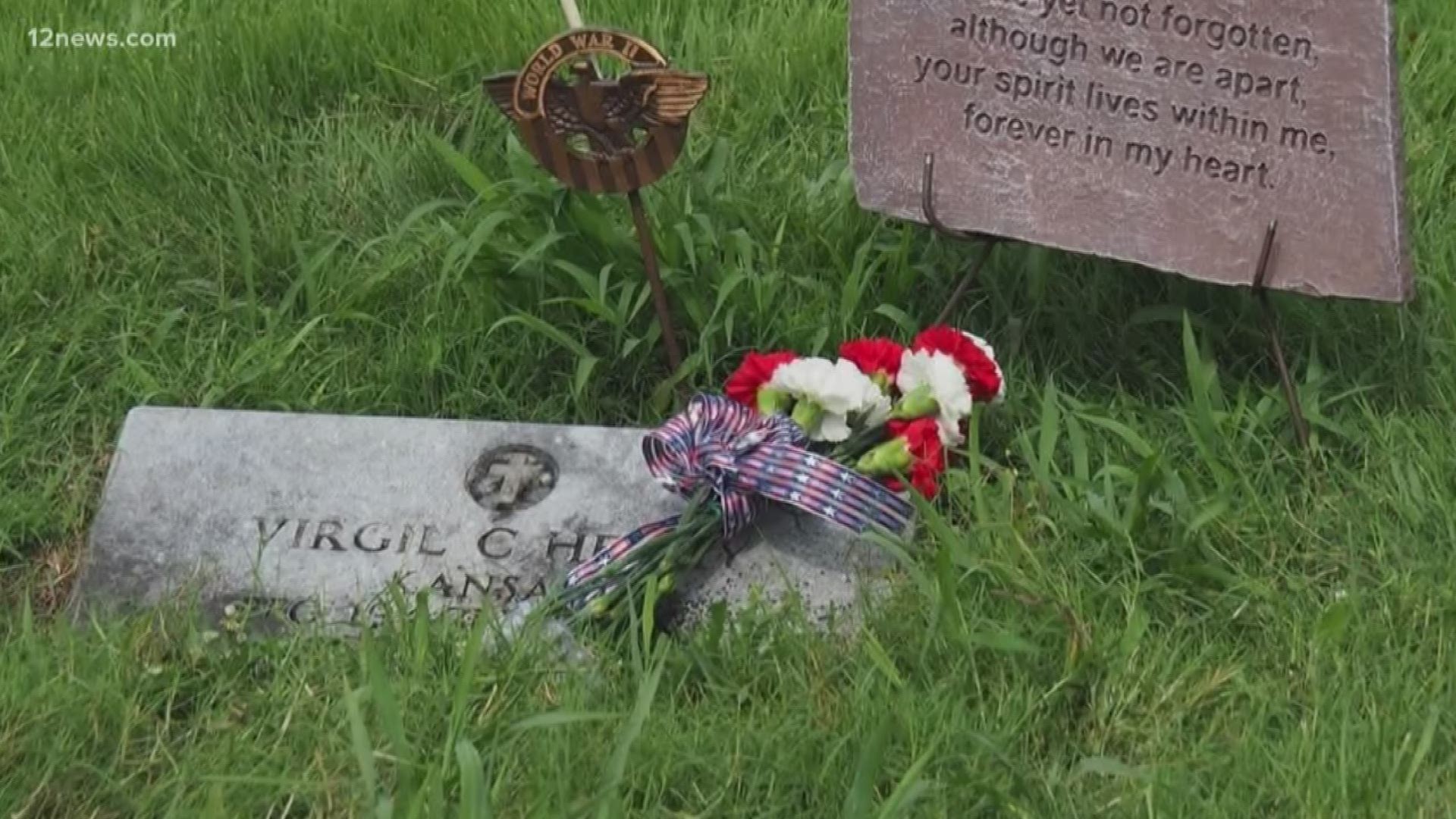 GILBERT, Ariz. — You might say Ed Hennessy is now the family historian in a family he just met. Hennessy had been on a mission to return a box of letters to the descendants of Virgil Henry, a WWII veteran who died in the war.

"Is there anything more important than this?" Hennessy said while sitting in his Gilbert, Arizona office.

"He's like a brother from another mother," Ronda Rivers-Stone said on a FaceTime call.

The whole thing started when Hennessy purchased an antique box from a shop in Gilbert. Inside the box were several letters, but one specifically from a man named Virgil Henry to his mother. Henry died during a mission in World War II, and this letter might have been one of, if not the last piece of communication he had with his family.

"Virgil has family somewhere, descendants that this is precious to," Hennessy said. Turns out, Rivers-Stone is one of Henry's closest living descendants and lives about an hour from his grave in Kansas.

"He was a part of my family that we kind of lost," she said.

For the first time in decades, there are flowers on the veteran's grave thanks to a man he never knew.