If you've seen a steam train in a western this is probably it. 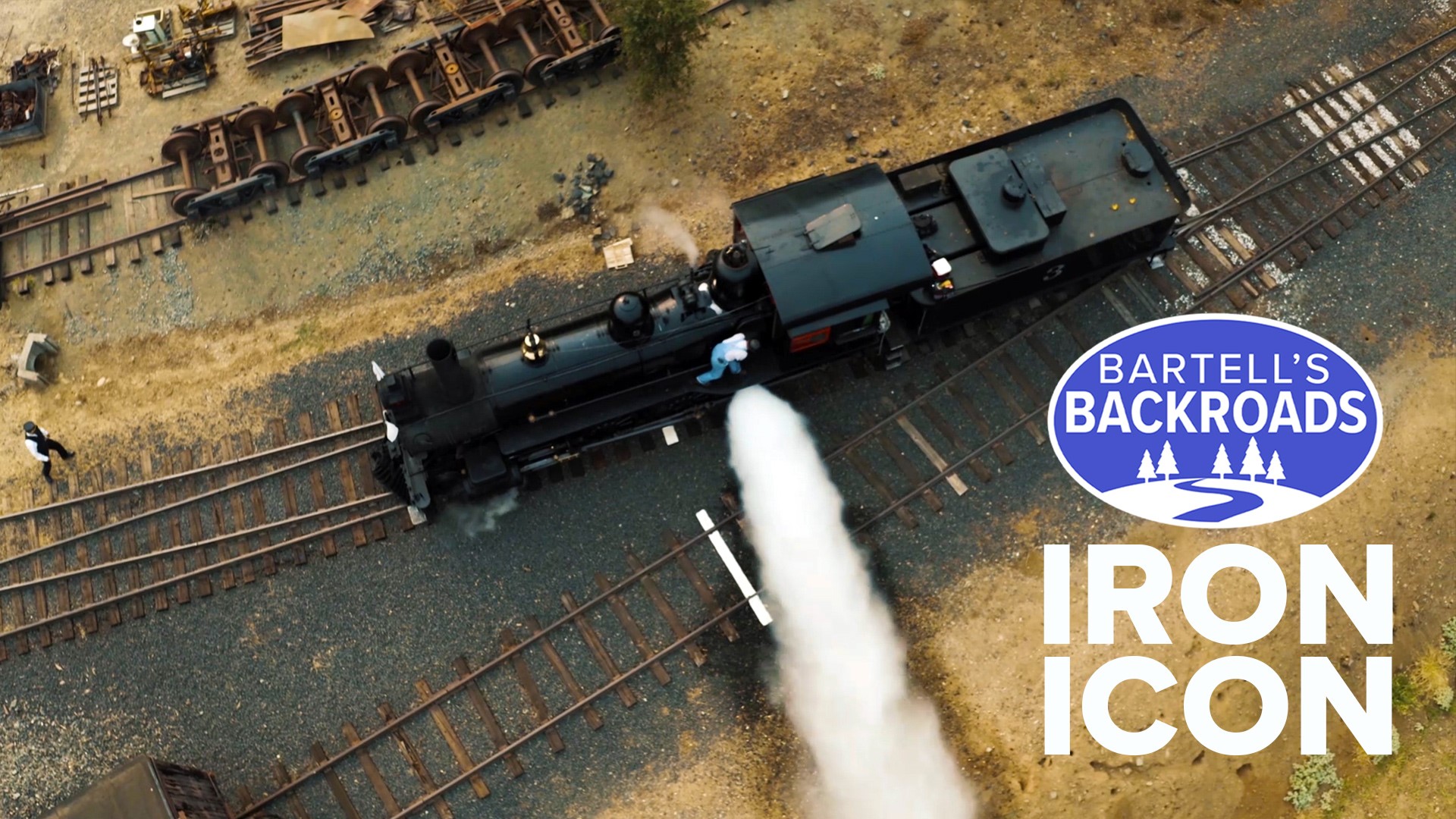 Contrary to common belief, you won’t find “Movie Queen” in Hollywood, her home is at the 1897 Railtown State Historic Park in Jamestown where there are several iconic railroad relics for visitors to view. Movie Queen is her stage name, But Engine Number 3 is what Supervising Park Ranger Jackie Olavarria knows her as.

“Chances are if you’ve seen an old western it’s this locomotive in it,” said Olavarria.

The 10-wheel Rogers Locomotive was built in 1891 and had it not been for Hollywood this steamer would have been sent to the scrap yard. “We were close enough to Hollywood that our steam engines survived for movie purposes,” explained Olavarria.

Just like most actors, the “Movie Queen” has a crew of people making her look good. Warren Smith is the Engineer and getting this locomotive to the set takes hours of prep time. Just getting the Movie Queen in the right direction takes a crew of staff. The 1920’s era locomotive turntable turns the steam engine a full 360 degree pointing it on a number of tracks.

It’s not until the Movie Queen’s boilers are stoked that her familiar features start to show. Movie buffs may recognize her from the 1990 film Back to the Future Part III. Despite what Doc and Marty were able to accomplish in the movie, Engine number 3 can’t accelerate anywhere where near time travel speed. ”We were only take it up to 10 miles an hour,” said Engineer Warren Smith.

I guess that’s movie magic for you.

WATCH NEXT: Happy 'Back to the Future' Day

Happy 'Back to the Future' Day. Celebrate with Stage Nine in Old Sacramento this weekend.