Larry Baumeister's son, Max, has autism. He can't communicate verbally, but he has learned to express himself through music. 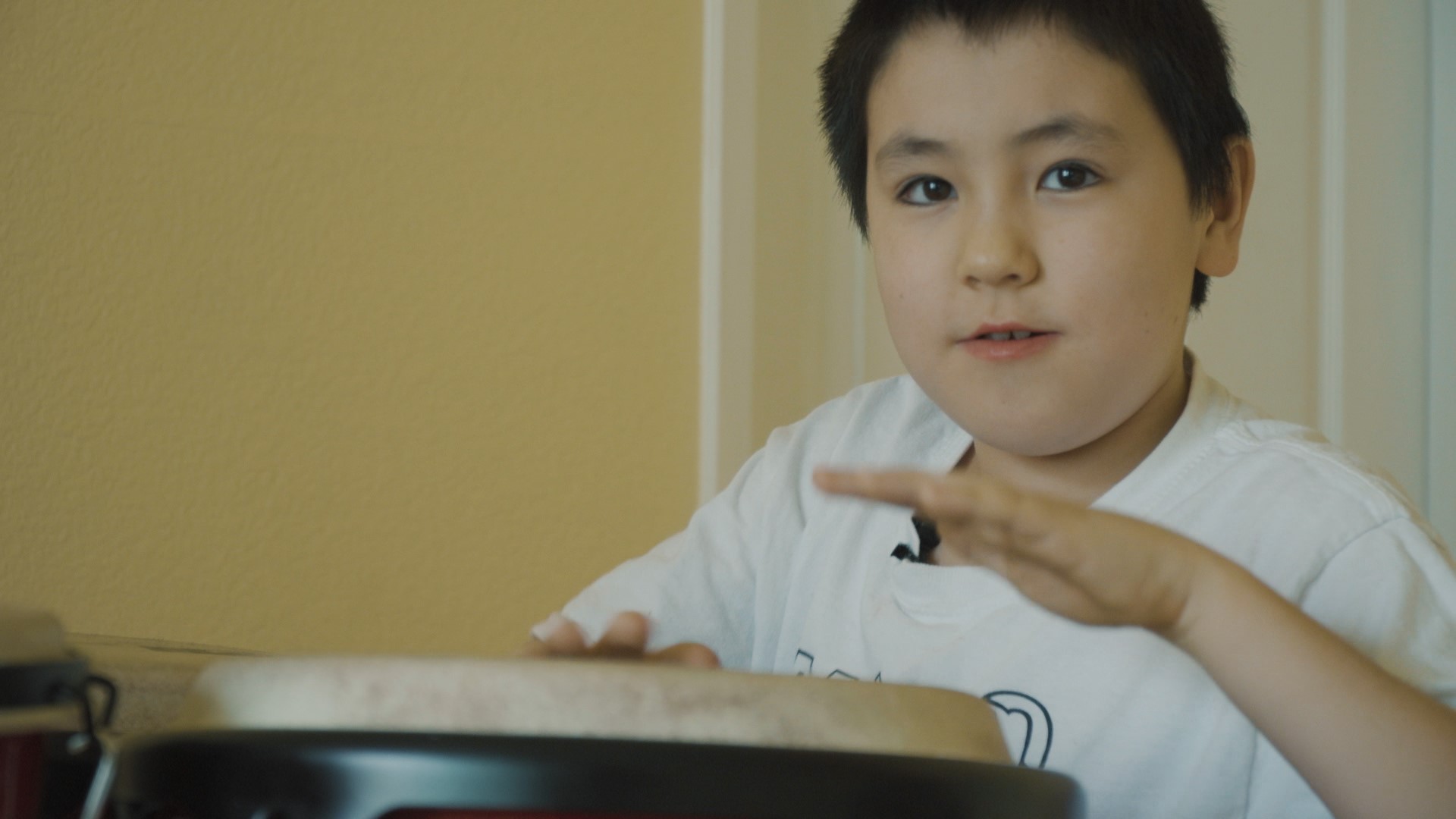 ELK GROVE, Calif. — Eight months ago, Larry Baumeister discovered his 10-year-old son Max’s musical ability. Max has autism and, until finding music, has always had a hard time expressing himself.

“Music is his language,” Larry said. “That’s the key to him developing — it’s through music.”

When Larry first noticed Max’s rhythmic talent, he started bringing different drum kits home. Max gravitated to congas and bongos. Larry plays a song on his iPad and Max will drum to the beat. He practices every day while Larry records his progress, then posts on Max’s YouTube.

“He learns everything on his own," Larry said. "I just play the song and then eventually his ear can pick up everything. And once his hands catch up to his ear, then he knows how to do it."

Max’s ear for music has also steered him to tap dancing. Max taps enthusiastically while he sits on a stool by his drum set.

"Sometimes when he’s tap dancing, he’ll use his hands to beat on the wall for some of the notes," Larry said.

When Max drums and taps, Larry says he’s his happiest self. It’s something Max looks forward to.

"When I come home, that’s almost the first thing he asks me, 'I want drums' or 'I want black shoes,'" Larry explained. "He doesn’t know they’re called tap shoes."

Since having music in his life, Larry noted that Max’s moods have changed dramatically.

"He was a different person. He got frustrated really easily," Larry explained. "If I play music and have him sit down, by the end of the song, he’s not upset at all."

Larry says having a child with autism has its difficulties, but that Max’s talent has inspired him to seek more educational opportunities for his son.

"I am trying to raise awareness about him, so maybe we can create a home-based music program for him," Larry said. "How can he learn if there are no teachers that speak his language?"

Larry is impressed by his son, whose continues to get better every day. Max has done over 1,000 tap-drum covers over the course of the last eight months, at least half of which were his first time hearing the song.

"It's hard, but at the same time, I pinch myself every day," Larry said. "This kid is my kid. He’s amazing. And it’s like, even though there are difficulties, I’m on a cloud every day that I wake up and know that he’s my son."