There are around 90,000 people waiting for a new kidney and every year that list grows. 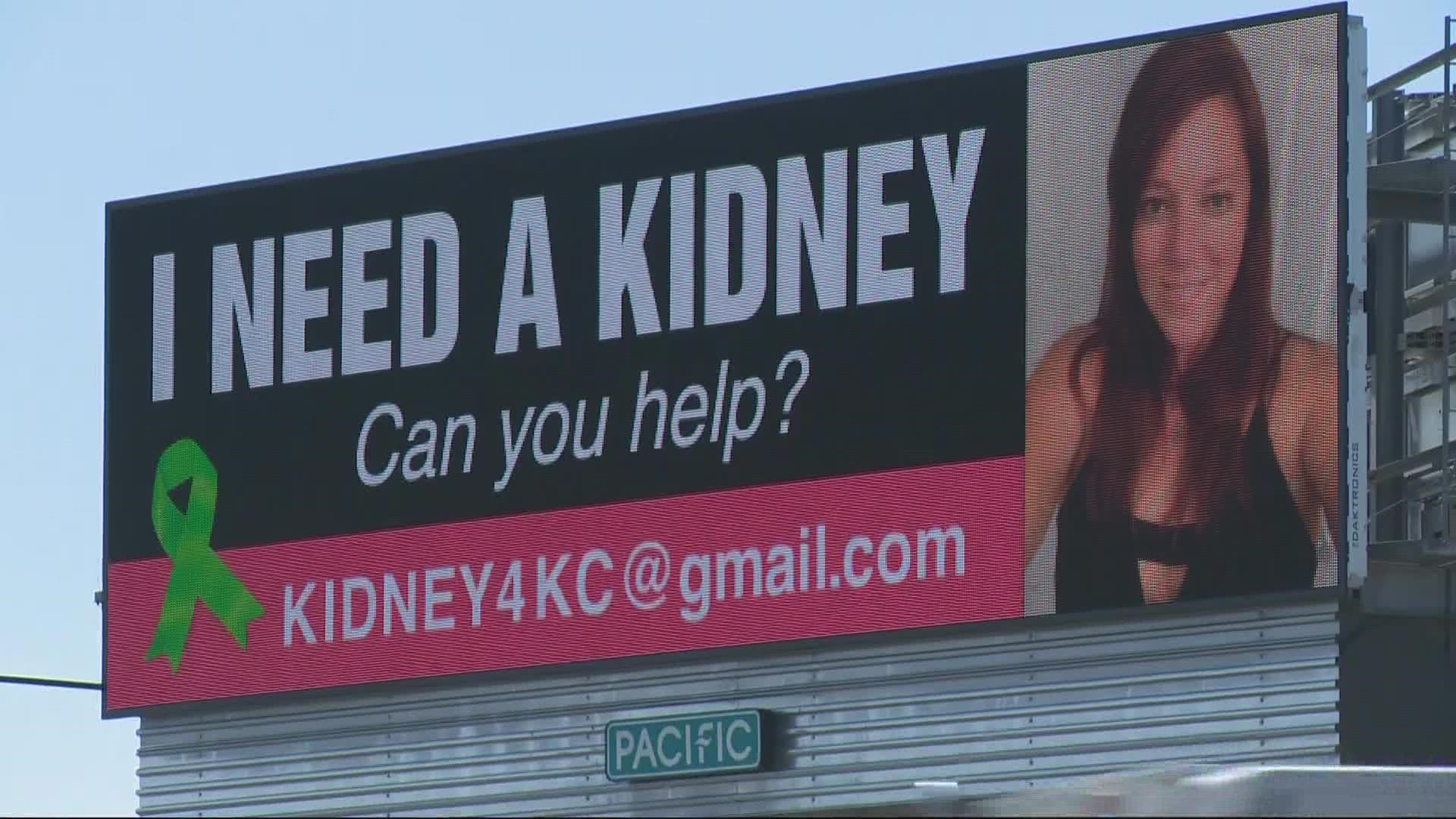 OREGON CITY, Ore. — When KC Strader was in her 20s, she started experiencing high blood pressure, but when she went to her doctor to find answers she was repeatedly brushed off and told it was nerves, she said. Each time she went back, she pushed for more answers.

In March 2005, at the age of 38, doctors diagnosed Strader with polycystic kidney disease, an incurable disease that requires a transplant or dialysis to survive.

"There are five stages and I was in stage 3b when I was diagnosed," Strader said.

"Originally they told me there wasn't a lot I could do about it," said Strader. She said she was told to watch her diet and drink lots of water, but that she would eventually need dialysis or a kidney transplant.

Strader said patients with polycystic kidney disease are usually diagnosed in their 30s and end up in kidney failure in their 50s. Strader is 54.

Around 90% of polycystic kidney disease patients inherit the disease from their parents. Strader is one of the rare 10% that didn't. She's been on the kidney transplant list since October 2019 and was told in March 2021 that she could be on dialysis within the next 6 months to a year if she doesn't get a new kidney.

"My kidney function is currently nine percent. At 15 percent I was able to go on the transplant list," said Strader.

Living donors are tough to find, Dr. Shehzad Rehman, a transplant nephrologist at OHSU, told KGW. Dr. Rehman is not Strader's doctor, but offered background on why patients often wait so long to get a new kidney.

"People struggle to get living donors, that's generally our first choice. We ask people to go out and seek a living donor and not very many of them end up finding one for various reasons," said Dr. Rehman.

Potential donors go through numerous tests and sometimes don't find out they are ineligible until they are far into the process. Dr. Rehman said living donors are preferred because the time when the donor's kidney is removed and transplanted is minimal compared to a deceased donor's kidney.

"Depending on where you are in the country, you could be waiting two years to 10 years for a kidney," Dr. Rehman said. "A living donor allows you to not wait eight or 10 years on dialysis, and eight to 10 years of dialysis comes with a toll on your body."

Dr. Rehman said some of the effects of long-term dialysis are increased heart disease and calcification of arteries.

"We know the longer patients stay on dialysis the less healthy they become. So the kidneys last less long," Dr. Rehman said.

RELATED: Skeptics explain why they're now getting vaccinated

"If I don't get a kidney, my life will be on dialysis and with my lifestyle that just isn't sustainable," said Strader. She said she runs marathons and is constantly on the go as a full-time flight attendant for a major airline.

The group of women, who call themselves "KC's Tribe," started a fundraising campaign to raise awareness for their friend. They organized a large garage sale and raised $12,000 in just two days. The money would be used to buy billboard space asking for a kidney donor.

“It’s fairly common for us as a company to be approached by people in need, and it’s in our DNA to help out whenever possible to the extent we can. The story of KC’s friends rallying around her to help is very touching. We hope that all of these efforts to increase awareness of her situation will lead to her getting a successful transplant,“ Dan Dhruva, Vice President of Pacific Outdoor Advertising wrote in a statement to KGW.

"That was really sort of the tipping point for this sort of campaign. We were overwhelmed," Gidley said.

The 15 billboards are spread throughout the Willamette Valley. Dhruva said the contract was for the month of July and runs through August 15. Gidley says they have had more than a dozen people inquire about donating through the billboards and another five ask after seeing car magnets with the same message around town.

Gidley and Curtis said they won't stop until they find her a kidney.

"She needs a match. I need my walking buddy back," Curtis said.

Strader said she initially told the group not to help with the fundraising, but gave in after they insisted and weren't going to give up.

"There are still really good people in this world that will go out of their way for you, just to try to help you live a better, higher quality of life." Strader said.

If you'd like to help KC, you can e-mail KIDNEY4KC@gmail.com.

To learn more about kidney donations or to register visit Donate Life. 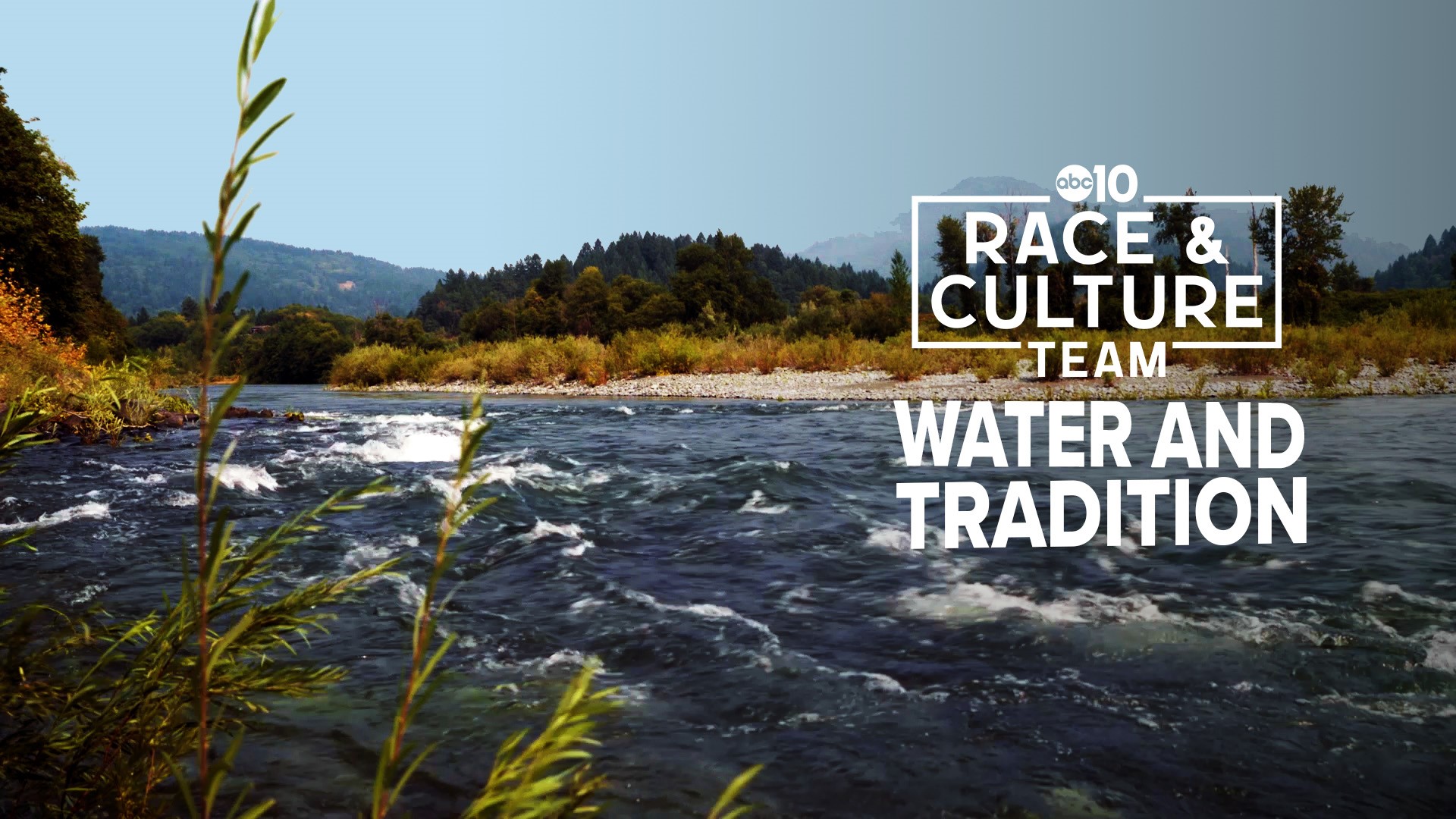 'No matter what, you keep these dances going' | The Hoopa tribe's struggle for water | Race and Culture