After spending the summer of 2016 in the hospital, the Charlotte Knights welcomed Larry Sprinkle for the first time since the car wreck that nearly claimed his life. 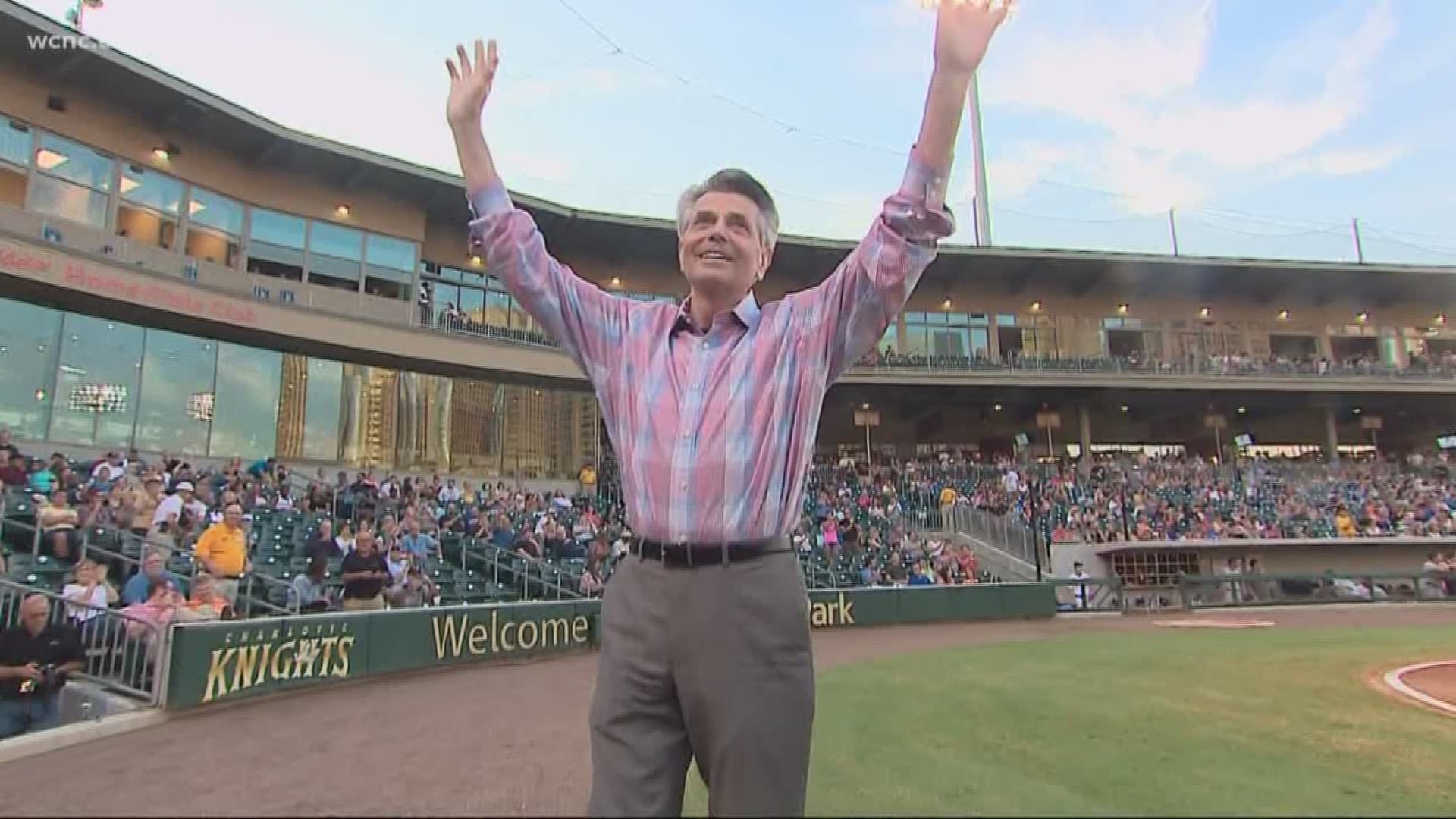 After spending the entire summer in the hospital recovering from a horrific car accident, the Charlotte Knights welcomed Sprinkle to BB&T Ballpark as thousands of fans honored him.

Sprinkle walked onto the field, making his first public appearance after the accident that almost claimed his life.

"How many times in your life do you have the chance to stand out in front of thousands of people, 3,000 little bobbleheads going and thanking people for the thoughts, the prayers," Sprinkle said. "Just being part of a great community. You've got to love it and it really touches me. It's very special."

RELATED: Larry Sprinkle thanks rescuers that saved him 1 year after harrowing crash

Larry spent several months in a rehab center learning to walk again. And while his recovery was long, a special night at the ballpark went a long way in his healing process.

The Charlotte Knights open their 2019 season Thursday against the Durham Bulls. Opening pitch is at 7:04 p.m. at BB&T Ballpark in uptown.