The Lick Observatory is a Santa Clara County monument and celestial discovery center. 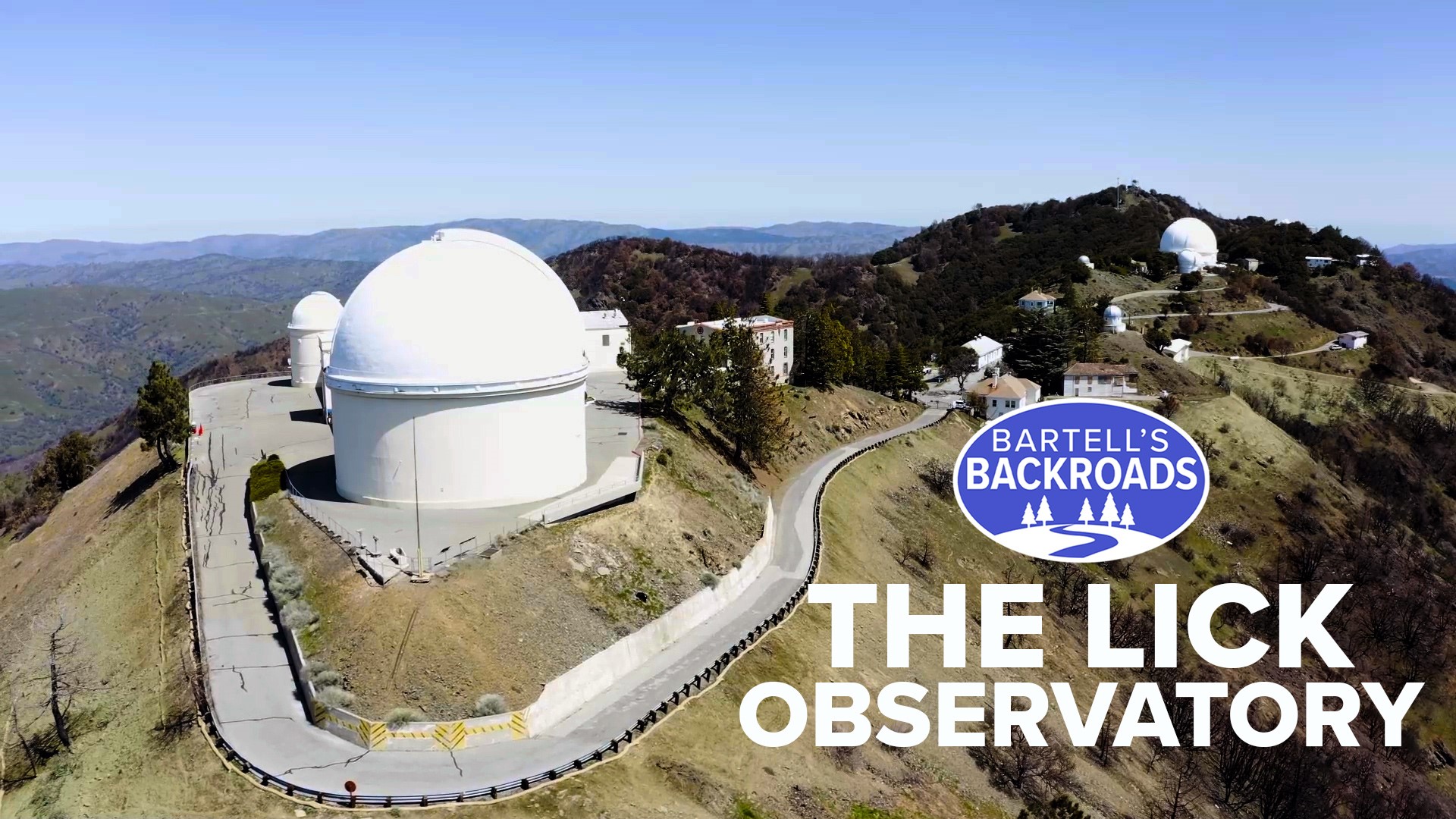 MT HAMILTON, Calif. — Perched atop Mt. Hamilton, within squinting distance of San Jose, is a place where technology and history collide.

The Lick Observatory is a Santa Clara County monument and celestial discovery center. Elinor Gates is an astronomer at the facility and one of the few people trained to operate the historic 36-inch refractor telescope, the observatory’s prized instrument.

“It was really the pinnacle of technology in 1888 and I like to think of it as the dawn of Silicon Valley,” Gates said. “As soon this telescope was completed, [we] started making great discoveries.”

Built in 1888, the telescope was an engineering marvel. The telescope itself is 58 feet long from top to bottom and all the full weight of all the moving parts is 14 tons. Just getting the construction equipment to the top of Mt. Hamilton required years of lugging equipment up windy roads by horse back.

“James was not a scientist, but he was intrigued by science. He was a major supporter of the California Academy of Science,” Gates said.

Sadly, James Lick died before the observatory was competed, but his contribution ultimately helped with the discovery of numerous astronomical findings that continue to this day.

“We are discovering planets around other stars. Discovering new Supernova explosions and characterizing them,” Gates said.

As technology progressed, the Lick Observatory took some of the first photographs of distant galaxies and planets. And just in case you're wondering, yes, astronomers at the observatory are looking for aliens.

“We have not yet found aliens, but we are looking,” says Gates.

Today, the Lick Observatory is managed by UC Santa Cruz and multiple high-tech telescopes are used to search the sky. The three-meter Shane telescope isn’t looking for extra terrestrials, but it does uses it’s five-watt laser to study black holes in deep space. Fun fact, before astronomers turn on the laser, they must notify Space Force, so they don’t hit sensitive satellites.

The Lick Observatory continues to stand the test of time and even surviving some major disasters. Scientists used the telescope to see the damage in the 1906 San Francisco earthquake and back in 2020, the whole facility narrowly survived the SCU lightning complex fire as it raged outside the telescopes.

“I think James Lick would be amazingly proud of his legacy,” Gates said.