As the theft of catalytic converters rises, Placer County Sheriff's Office and autobody shop team up

With most cars in California having catalytic converters, it's a quick and lucrative steal for thieves. 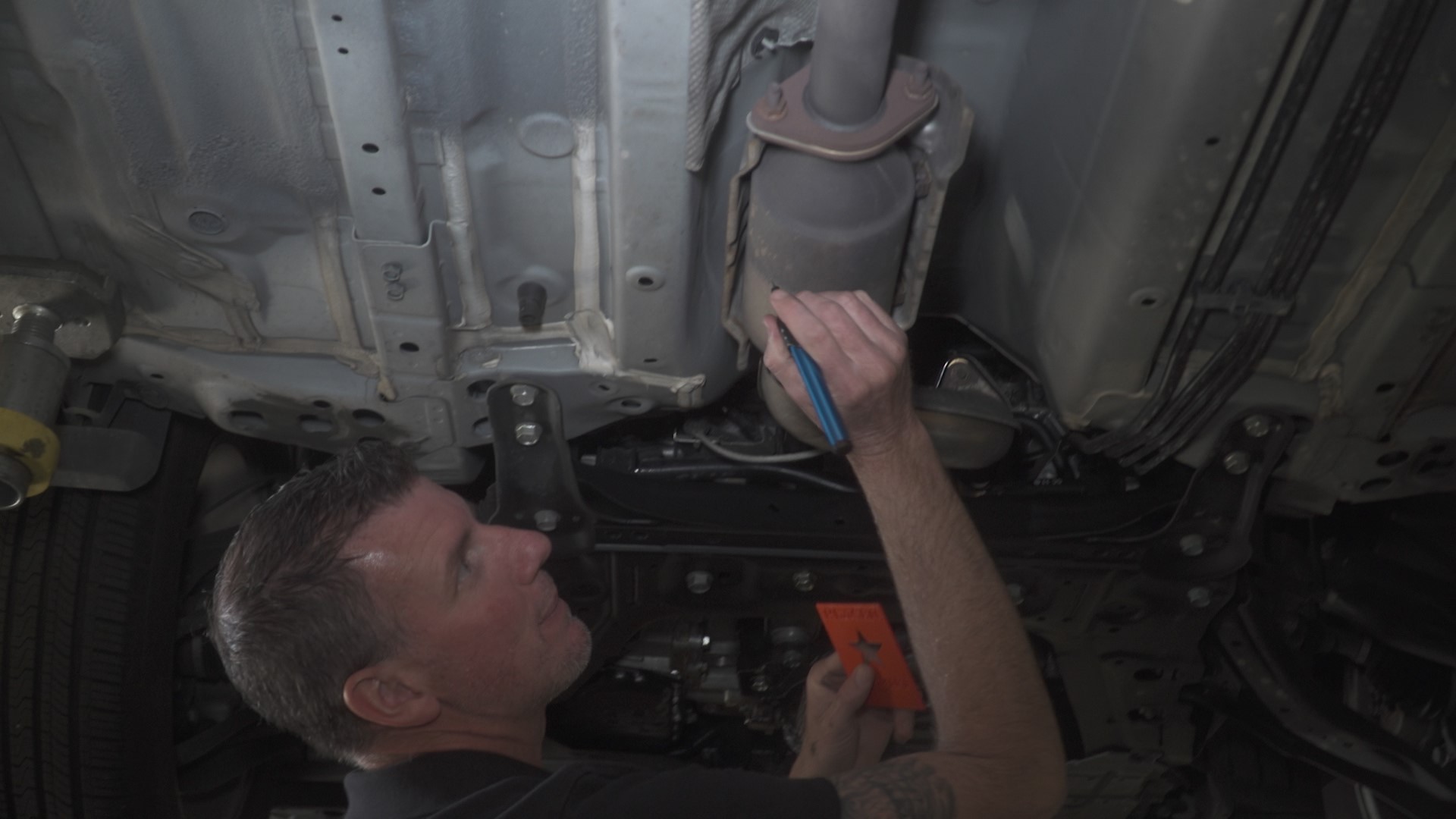 PLACER COUNTY, Calif. — Every new car in the state of California has a catalytic convertor. They help keep the air clean by converting smog but are also a hot commodity for thieves.

"Catalytic converters have always been sought out by thieves for years," said Angela Musallam of the Placer County Sheriff's Office. "Over the last year, we've seen a spike in that."

In 2021, the Placer County Sheriff's Office said they've documented 57 converters being stolen in the county. But they estimate it's more, with many not reporting the theft and just going straight to their autobody shop to get their car fixed.

When a catalytic converter is stolen, Knutz Auto and Truck owner Scott Dwillis describes it as a "hellish" sound of no muffler when you turn on your car.

If you peer into the converter, a honeycomb metal is inside. That metal is extremely lucrative for thieves to re-sell. And it just takes minutes for the theft to occur.

"To them, I think it's just considered easy money," said Musallam.

Car owners are the ones hit hard after this theft, with catalytic converters costing thousands to replace and reinstall.

Dwillis' business, Knutz Auto and Truck in Rocklin, has been hit numerous times. He's had to install a barbed fence, which has been cut through and has to move the dozens of customer cars from the front lot to the garage or back behind the fenced-off area. He's even considered getting a shop dog to help with protection.

Dwillis said it's so fast that the thieves are in and out by the time deputies show up.

So, the Placer County Sheriff's Office and Dwillis teamed up and got creative.

The Sheriff's Office made stencils with their star badge and title for Dwillis to spray paint onto his customer's catalytic convertors. He also uses an engraver to carve in the license number or VIN of the vehicle.

"We're hoping it will be a deterrent for thieves," said Musallam. "If they go under the car and see that they're thinking, 'Oh no... we're going to get caught. Let's not steal this converter from this car.'"

Musallam also noted that if the sheriff's office is able to retrieve the stolen converter, this technique will help them return it to the owner.

The Placer County Sheriff's Office is also hoping other auto shops will use their stencils and begin offering this technique to customers. It only takes about 10 minutes and Knutz Auto and Truck is currently charging around $15.

WATCH NEXT: Catalytic converter thief caught on camera in Stockton