Verify: What's the best way to fight off mosquitoes?

When it comes to fighting mosquitos a lot of people are weirded out by chemical repellents, like DEET. That what drives a growing market for natural repellents. But are chemicals really bad and how well do naturals work? 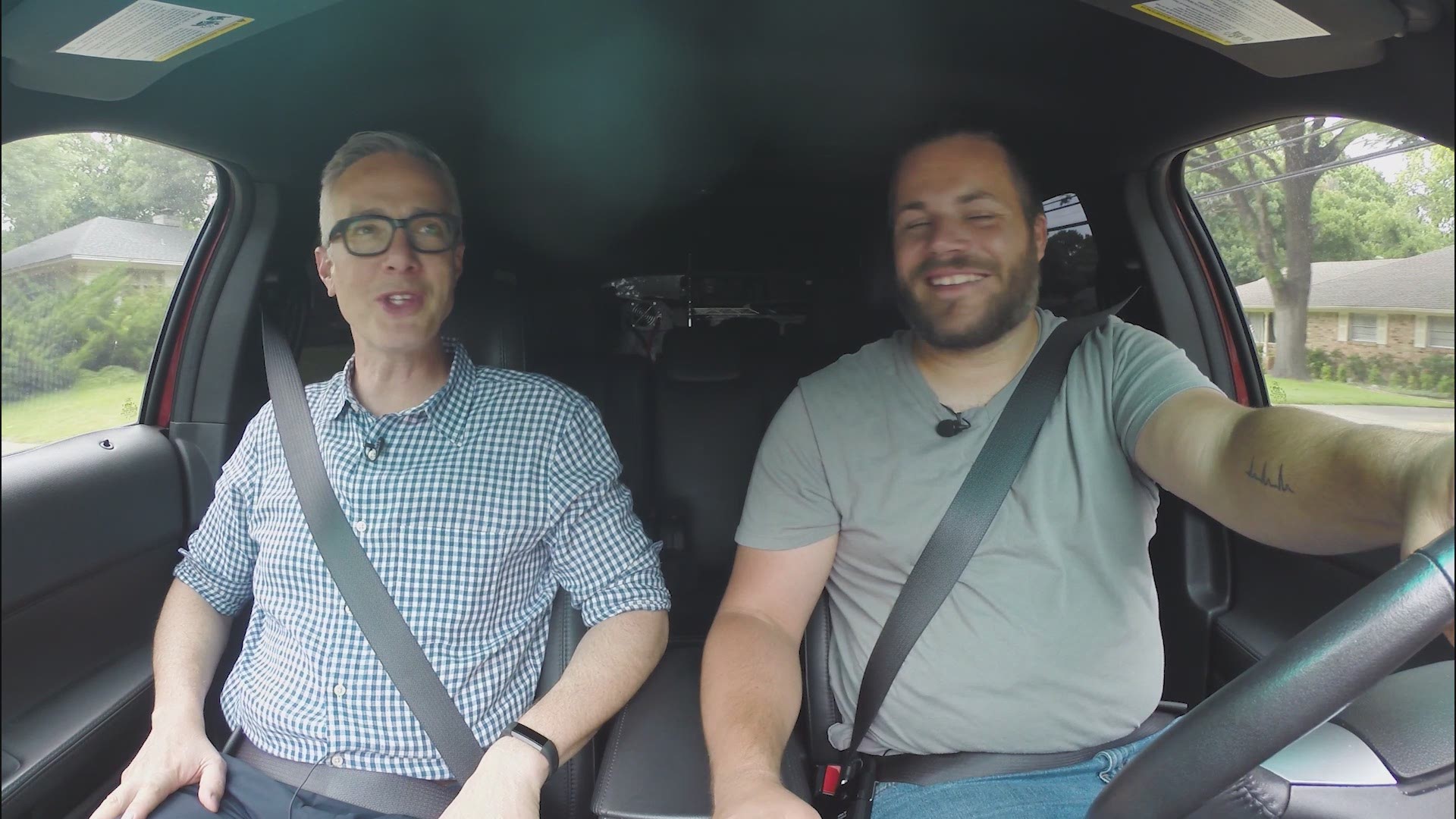 When it comes to fighting mosquitos, a lot of people are weirded out by chemical repellents, like DEET. That what drives a growing market for natural repellents. But are chemicals really bad and how well do naturals work?

Let's start with chemicals. Communities across America fight mosquitoes in the most efficient way possible, by spraying large areas with insecticide.

The most common chemicals are called pyrethroids. It’s a man-made insecticide based on the chemicals naturally found in chrysanthemum flowers.

The EPA says they pose no risk to people. But pyrethroids are sprayed at night because they can be harmful to birds and insects that fly during the day.

Now, the city of Garland, Texas, is trying something even less toxic.

“What is this?” I ask Jeff Crocker, with the Garland.

“This is VectoBac WGD,” he says.

It’s a spray that Garland will begin using shortly to manage mosquito populations.

VectoBac is known as a BTi which kills mosquitoes in their larvae stage before they even hatch. The EPA says BTi poses no risk to people and no risk the environment because it is a naturally occurring bacteria that are specifically poisonous to mosquitos.

It’s applied using a powerful sprayer that mists the compound up into the air so it can settle down into backyards.

“The way I think about mosquitos is I want to kill the ones at my house. How about you?” I ask Crocker.

“Mosquitos aren't really bound by fences or yards or city limits. Mosquitos are going fly within their range,” Crocker says.

That’s about a half-mile and that’s why it can take an industrial strength to control mosquitos across an entire community.

Okay, that's the heavy stuff. How about the natural stuff?

“So, this is actually the most effective mosquito repellent in the world,” he says. “You're not going to find any natural products that come close,” he adds.

Steve’s claims are based on the results of his own field tests, which he showed me.

“That's very good. That puts it in the top percentage of all products,” he says.

Steve invited me to come along on one of his repellant tests. I observe him walking into the woods and kicking up leaves and branches looking for mosquitos.

No bugs turned up this night. But I'm starting to see what he's doing doesn't follow the strict protocols of a lab. It's just one guy, testing his own products on himself.

“I'm watching your methods and wondering; how could someone replicate your test to validate your work? Nothing is controlled?” I ask.

“The control is because I've done this hundreds of times. It's consistency we're looking for. I'm just trying to compare my now results with 3 years ago results,” says.

“These are real-world mosquitos. You can replicate it all in a lab, but that doesn’t' help you in the real world,” Steve adds.

My last visit is with Dr. Mike Merchant, an insect expert with Texas A&M. And I want to know how effective are repellents made from plants?

“Not necessarily. A lot have insecticidal properties. They are plant-based oils. Which are in plants, in the first place, to protect the plants from insects,” he says.

“But how good are they? Are they good enough to protect your family from mosquito-borne diseases? That's not addressed by the current system,” Merchant adds.

There's a long list of EPA approved insecticides, reviewed for human safety and effectiveness. So DEET, for example, is on the list.

“It has been used on millions probably billions of people around the world and used safely. Not to say there are some people who have made claims that DEET has some risks associated with it. But the risks, over and over, are shown to be very minimal,” Merchant says.

And that’s even true for kids. The American Academy of Pediatrics recommends 10% to 30% DEET for kids over two months.

But there's one more thing. The EPA has this list of 45 natural ingredients that are exempt from regulation. That’s what natural repellents are made from, but they are not tested for effectiveness against mosquitoes.

“When you're out in the backyard with your kids you don't want to say, 'maybe this will protect my child. You want something that has some scientific clout behind it,” Merchant says.

So, when it comes to the fight against mosquitos what's better: natural -- like that list of 45 natural ingredients -- or chemical?

Well, we’ve learned that both are safe. But if you want to know -- for sure -- that your repellant is effective the answer is chemical.

The EPA has a website where you can find the repellent that’s right for you. Many people who want a natural repellent -- proven to work -- choose lemon oil of eucalyptus because it is an EPA-approved insecticide.

Got something you want verified, send me an email: david@verifytv.com

Editor's Note: The video portion of this story has been revised to reflect that there are a small number of plant-based products, for example, lemon oil of eucalyptus, that are regulated by the EPA and considered both safe and effective. The original video did not contain that language.