Why Chinese immigrants were incarcerated on Angel Island | Bartell's Backroads

Poems carved on the wall tell a dark stories of immigration. 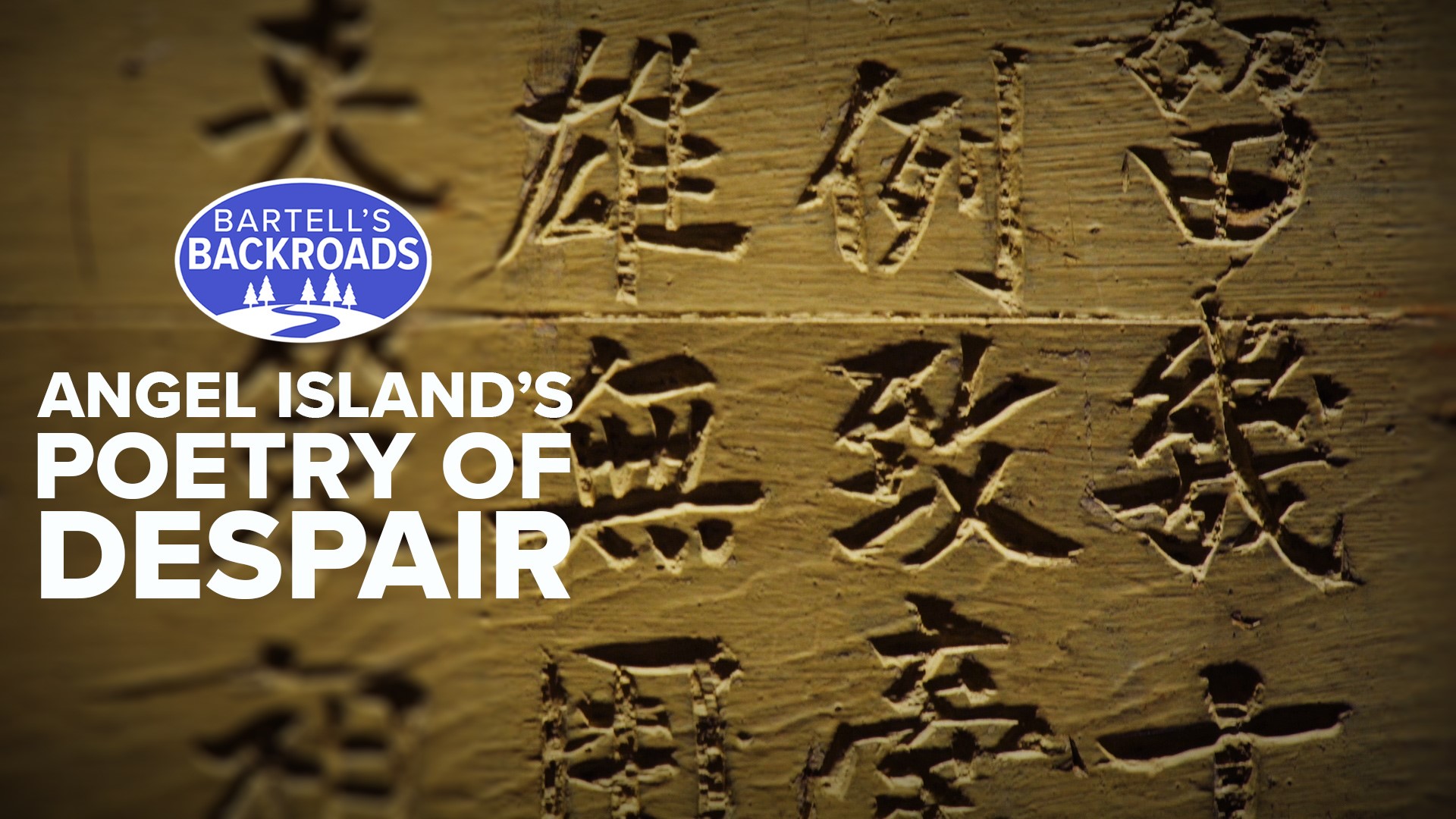 TIBURON, Calif. — Just off the Point of Tiburon in the San Francisco Bay, there’s an old barracks full of dark stories. They’re stories of ill treatment and unnecessary incarceration.

The words aren’t written on paper, but carved on wooden walls, only to be painted over many times. The stories are those of men, women and children waiting to leave the Angel Island Immigration Station.

Today, Angel Island is managed by California State Parks, but from 1910 to 1940, the federal government detained thousands of immigrants at that location.

Built because of its isolation, the detention center carried out immigration rules and checked for diseases. Park interpreter Casey Lee says the island's main purpose was to enforce a very specific law.

“Their job was to enforce the Chinese exclusion laws. It was built with that in mind,” Lee said.

Anti-Asian sentiment was on the rise since the start of the California Gold rush . To curb the influx of Chinese immigrants, President Chester Arthur signed into laws the 1882 Chinese Exclusion Act, which suspended Chinese immigration.

“The Angel Island Immigration Station was not a welcoming place," Lee said. "There is no statue of liberty to welcome immigrants. This was a place to exclude. Here the idea was to figure out a way to detain people and send them back.”

While at the detention center, Chinese immigrants went through harsh interrogations and demeaning physical exams, often, living in deplorable conditions. Families would be separated and forced to sleep it cramped communal quarters.

Edward Tepporn, of with the Angel Island Immigration Station Foundation, has been helping preserve the Chinese immigrants’ stories while reminding visitors about the islands dark past.

“The display we see in the old barracks is similar to what we see down on the southern border in terms of how we have children locked up in detention," Tepporn said.

Because the island is so isolated, few outsiders could see what it was like in the barracks, but the more than 200 poems carved on the walls offer glimpse into the past.

“These poems were carved by Chinese detainees during the days, weeks, months and sometimes years that they were held here,” Tepporn said.  “In some cases, they represent, despair, desperation, anger.”

Today, many of the poems are painted over. The immigration station closed in 1940 and was turned into a military training facility. In 1943, the Chinese Exclusion Act was repealed. Then following end of World War II, Angel Island was basically abandoned.

“It's because of these poems that this building still stands today,” Tepporn said.

Few of the people who were detained here are still alive to tell their immigration story, but thanks to these poems, the buildings were ultimately recognized as a national historic landmark.

“Our hope is that people can connect with this place and it sparks conversations with family members,” Tepporn said.