It takes a high clearance vehicle and good GPS coordinates to get to the 3,000 year-old Bennett Juniper tree. 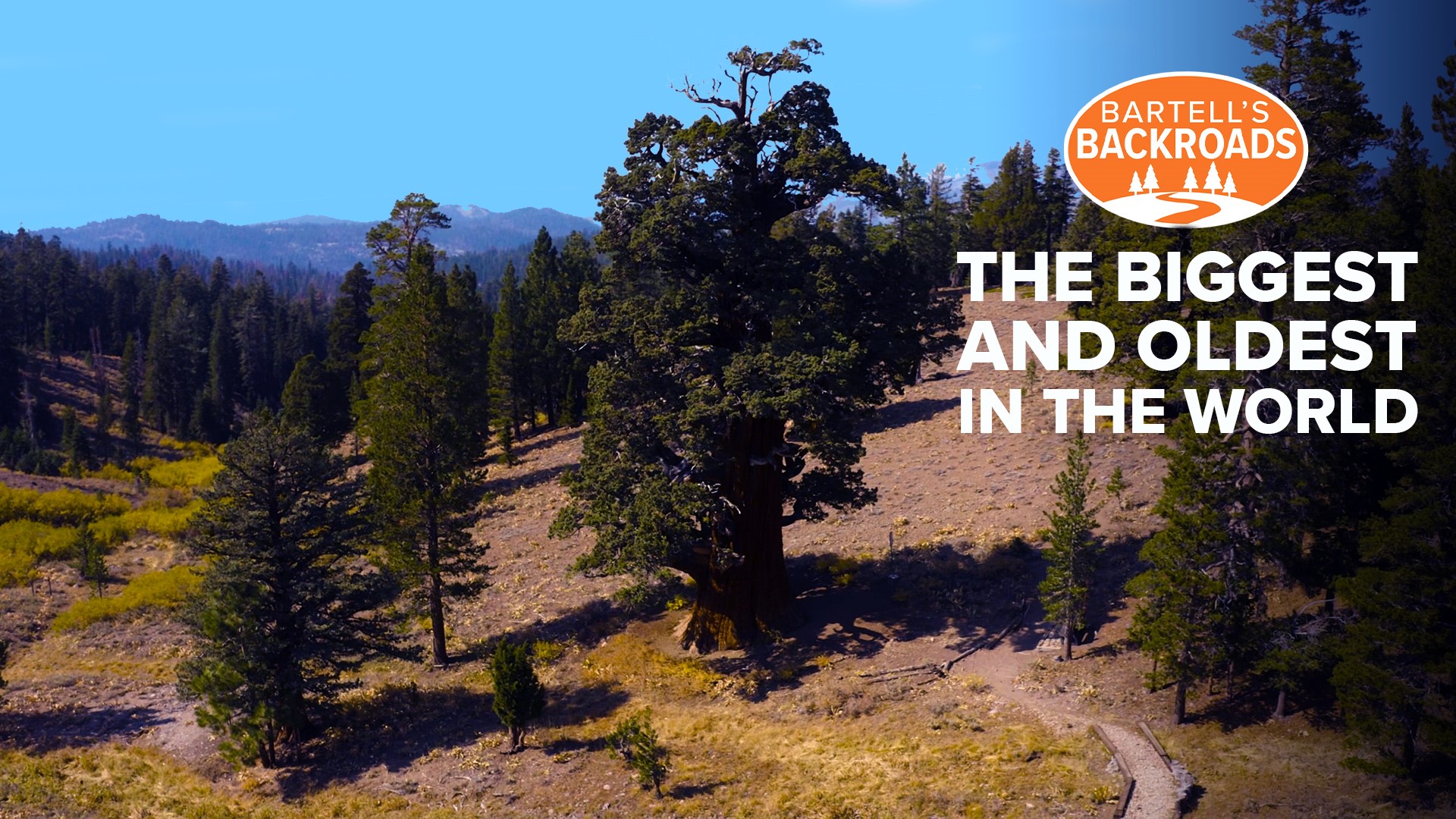 TUOLUMNE COUNTY, Calif. — The Stanislaus National Forest spans nearly 900,000 acres and covers 4 California Counties. To stand out in this vast wilderness the landmarks must be larger than life. You’ll find one of those larger than life landmarks in the Easternmost part of Tuolumne County. It is known as the Bennett Juniper Tree the oldest and largest Juniper tree in the world.

First discovered by Basque sheepherders in the 1920s the Bennett Juniper tree was named after naturalist Clarence Bennett.

Ellie Routt is with the Mother Lode Land trust, a non-profit that’s next in line to protect the ancient juniper. She says Bennett is the man who determined the Juniper trees age. “It's estimated at 3,000 years old. Juniper Juniperus Occidentalis is the scientific name,” says Routt.

3,000 years is old, but some botanists estimate it could be as old as 6,000 years. That would make it the oldest juniper on the planet standing at 78 feet tall and get this, it takes 11 adults holding hands to circle the tree’s trunk. “Most junipers get 20 to 30 feet tall so it’s more than double,” says Routt

The Bennet juniper tree is actually a Female and she’s produced several offspring thanks to pollen from pair of oddly named male juniper trees just up the hill. “The two nearby are called Fred and Ginger. They look like partners dancing. I think they were named before they were sexed,” laughs Routt.

Before Routt, Ken Brunges with the “Save the Redwood League” spent 20 years camped out on this 3-acre plot of private land making sure visitors were respectful. “If you have lots of people walking around the base of the tree it impacts the root system. Ken made sure the juniper didn’t get loved to death,” says Routt.

The Bennett Juniper has survived flooding, fire and drought. It’s California’s 5th oldest tree and if humans respect the old girl, she may make it another 3 to 6,000 years.

It's easy to take the same route. There's over 50,000 miles of California State Highway and it only takes you to well-known destinations, but Bartell's Backroads will take you to some of the hidden places that you won't want to miss.