The Clearwater Marine Aquarium said it's the first right whale spotting of the season. 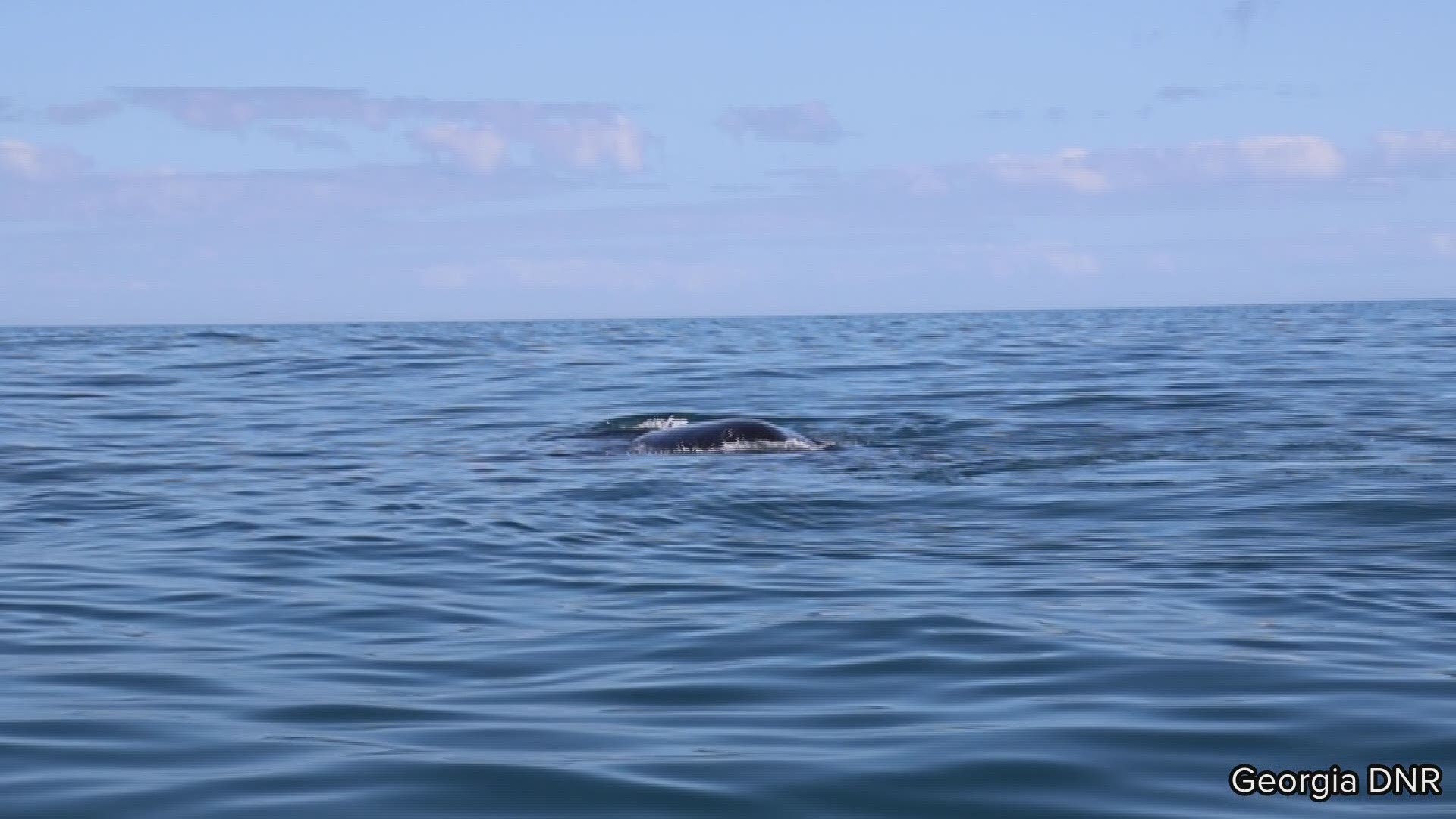 A right whale calf and its mom were spotted off the coast of Georgia Monday, Dec. 16. by the Clearwater Marine Aquarium.

CMA's aerial surveillance team caught a glimpse of the pair, noting that this was the first right whale calf of the season.

Scientists have identified the mom by her number in the New England Aquarium Right Whale catalog. She is known to biologists and is a first-time mom, born in 2005.

The birth of this calf carries a lot of impact for this species as there are only an estimated 400 right whales left in the population, according to NOAA. Right whales are also listed to be one of the most endangered marine animals in the ocean and are federally protected.

The whale got its name from early whalers deeming it the "right" whale to hunt due to their slow speed.

CMA's Right Whale Conservation Program actively monitors the whales during calf season to reduce boat collisions, document their reproductive rates, assist with disentanglement and tagging projects along with other tasks.

The aquarium wants to remind the public to "#GiveThemSpace!" since this is an important time for the mom to bond with her calf.