"If you want to go get wild ducks, there’s duck hunting season go do it the way it’s supposed to be done." 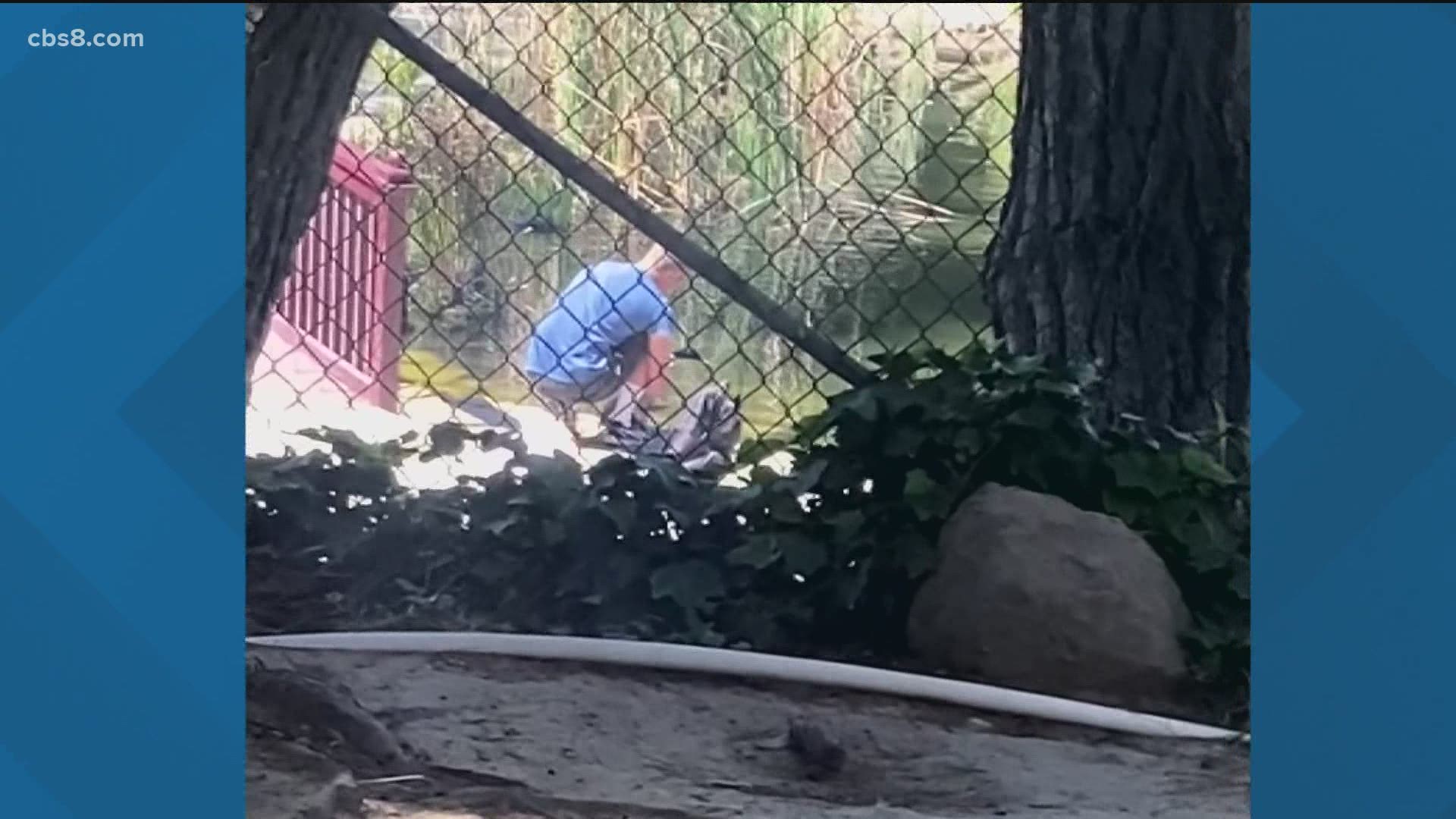 SAN DIEGO — The state's Department of Fish and Wildlife is looking into video showing a man taking off with a duck from a local community pond.

“What are you doing? Did you really just put the duck in there?,” says the neighbor filming.

The cell phone video shows a man stuffing a duck from a Clairemont pond into a plastic bag, then into a backpack before responding to the neighbor:

“To take its temperature,” the man says.

“You put him in a bag so he can’t breathe? Do you even live here? What are you doing here? Bro, put the duck back,” the neighbor demands.

And with that stuffed duck, the man casually strolls off on his bike.

“This guy looks like he’s done it 100 times he so casual about it,” said Robert Gaughen.

Gaughen serves on the homeowner’s association where it happened, an undisclosed location.

“There’s a trust between animals and humans and when somebody comes in and just violates that, it’s an absolute terrible thing,” he said.

His neighbor took the video. But it wasn’t until Robert shared it on Nextdoor - that he realized it may not be an isolated incident.

“Over the course of the last few months we’ve seen the duck population decreasing,” he said.

The post is stirring outrage across San Diego. One woman posted about a pond in La Jolla that's down to just five ducks.

“Oh, it’s got to be for consumption, whether they’re black marketing it to restaurants or...” Gaughen speculated.

For now, the California Department of Fish and Wildlife said it’s investigating the incident. And whether it may have been a poaching crime at all, which is a misdemeanor punishable by up to a $1,000 fine or up to six months in jail.

For now, Robert has a message to deliver.

“If you want to go get wild ducks, there’s duck hunting season go do it the way it’s supposed to be done,” he said.

More information can be found here.