Protestors are concerned monkeys bred in Mesa by the University of Washington are being infected with diseases that affects the research they're bred for. 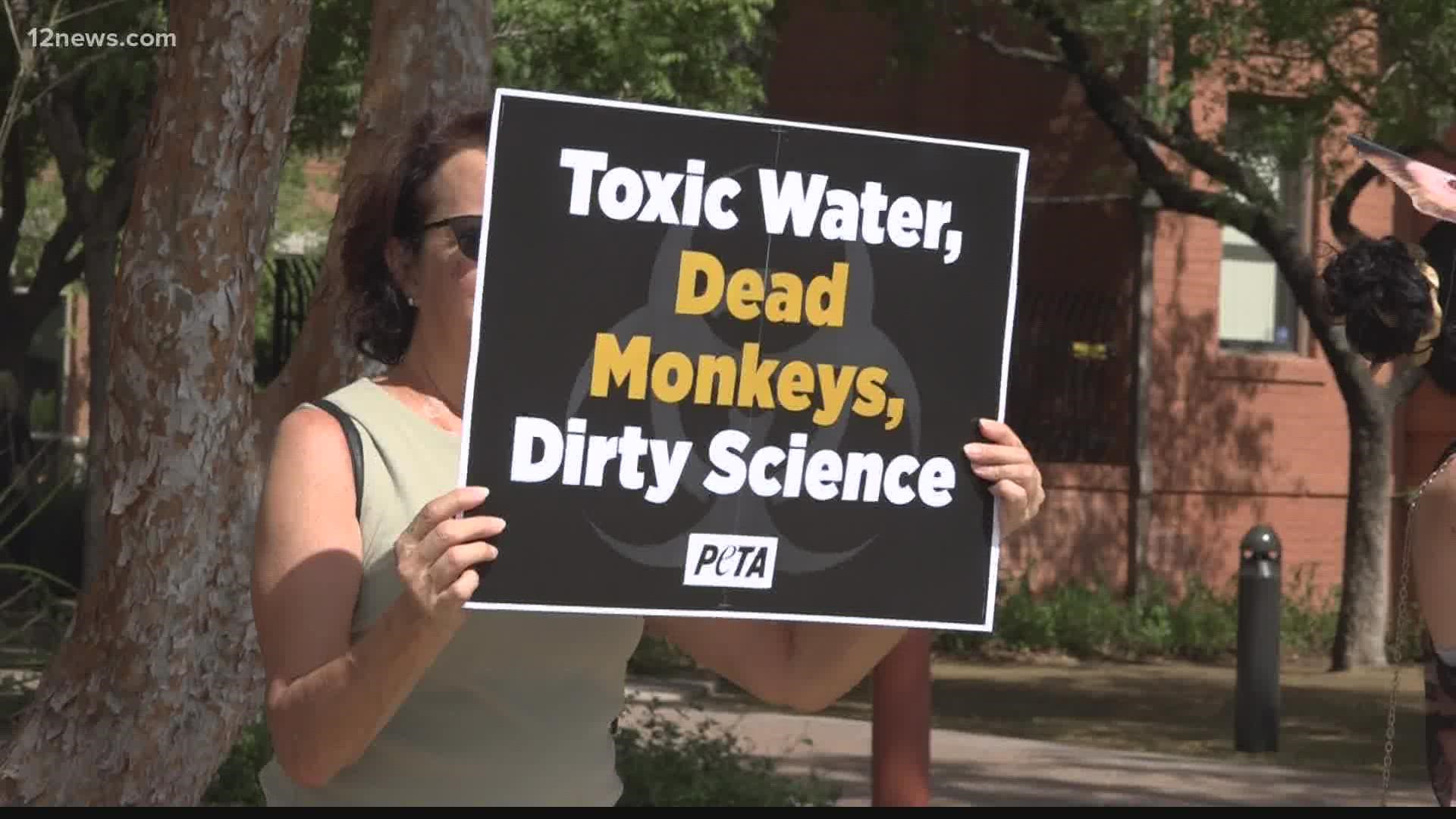 MESA, Ariz. — A group of protestors is calling for a monkey breeding center north of Mesa to get shut down.

The center is run by the University of Washington and breeds monkeys for research.

Drone video of the facility captured by a 12 News viewer back in 2017 showed monkeys in cages of a facility that many thought was abandoned at the time.

The monkeys at the facility are pig-tailed macaques, used for medical testing, and bred by the University of Washington.

When 12 News first reported on the site in 2017, USDA inspection records showed monkeys died in the University of Washington’s care.

One monkey died of dehydration after not having water for two to three days.
But the reports don’t show whether the inspection was in Arizona or somewhere else.

Since then, USDA records show, other monkeys have died too. One, after staff didn’t fast the primate before surgery in 2019. Another died after it strangled itself on an enrichment device in 2018 because it wasn’t properly installed.

Earlier this year, records also showed that primates were able to escape out of their cages leading to seven monkeys being injured.

Out front of the Arizona Department of Environmental Quality, protestors with PETA called for the breeding facility and the Washington National Primate Research Center to be shut down.

Jones-Engel was a primate researcher for the University of Washington for 14 years. She said she resigned from the job in 2019.

“There have been hundreds of animals that died needlessly without even going into research,” Jones-Engel said.

Jones-Engel said some of the monkeys are also getting sick with things like Valley Fever and other diseases, which, she said, can impact the studies they were bred for.

“The investigators have no idea whether or not the vaccine they’ve injected into this animal, whether the animal’s immune system is working on the vaccine or this unintended infection, or the vaccine. That’s not how you do science.  UW knows this, yet they’ve continued to do this for all these years," Jones-Engel said.

Jones-Engel and the group were out front of ADEQ hoping they can help get the facility closed.

“To ask ADEQ to work with the tribal community to get this deadly, toxic monkey facility shut down,” Jones-Engel said.

ADEQ told 12 News the center in Mesa is about 1,800 feet from a former treatment plant operated by Namno Defense Systems. Their activities ended up contaminating the groundwater the breeding enter uses.

However, ADEQ said UW, “is not using water from this impacted well for drinking.”

ADEQ added the State of Arizona doesn’t have authority to enforce environmental laws on tribal land.

UW told 12 News in a statement, “All institutions that use animals in research are regularly targeted by animal rights extremists. We stand behind the care we provide to these animals.” 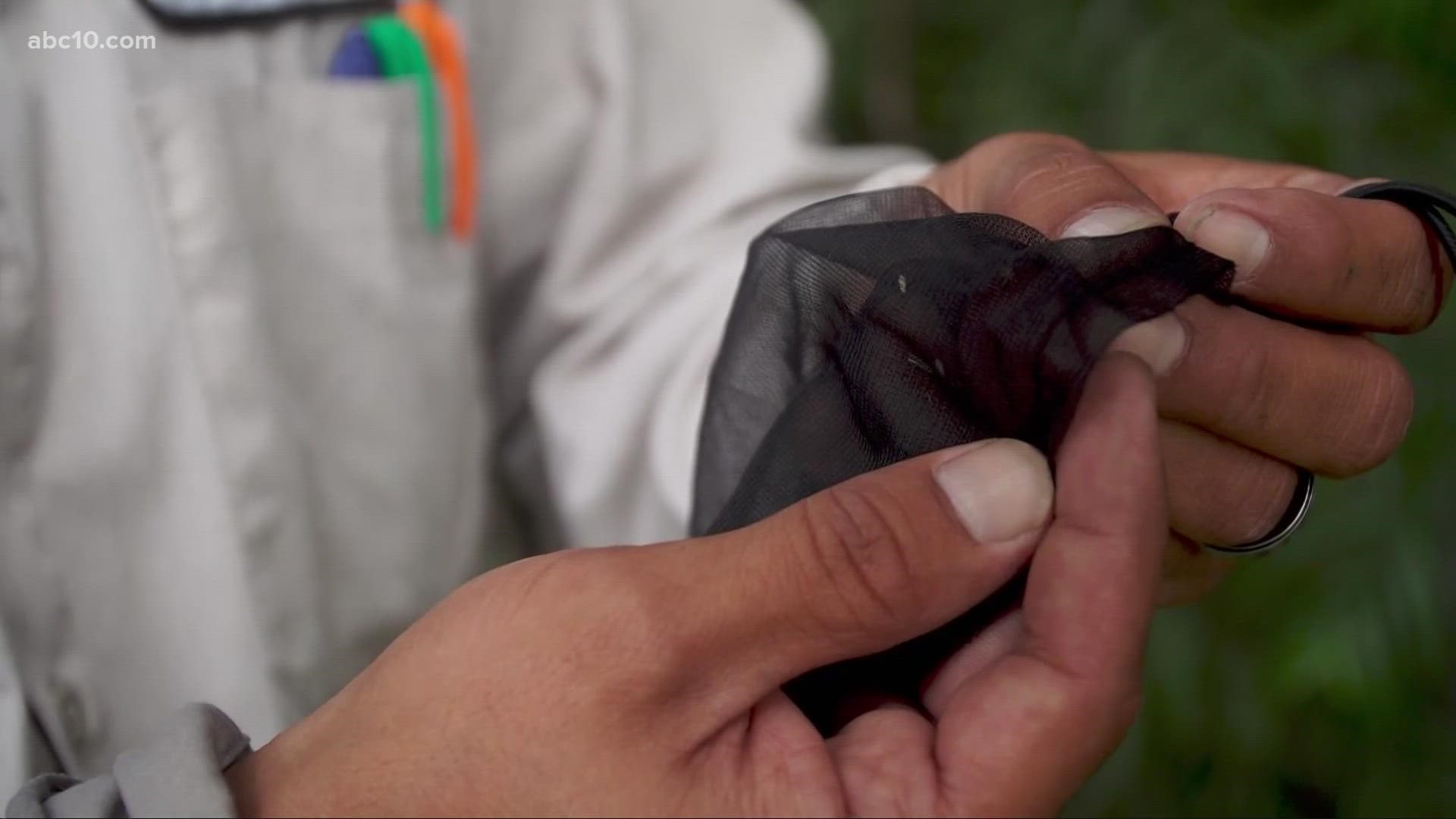