The 3-week old albino fawn is a rarity. After coming to Kindred Spirits Fawn Rescue in rough shape, she's being rehabilitated for an eventual return to the wild. 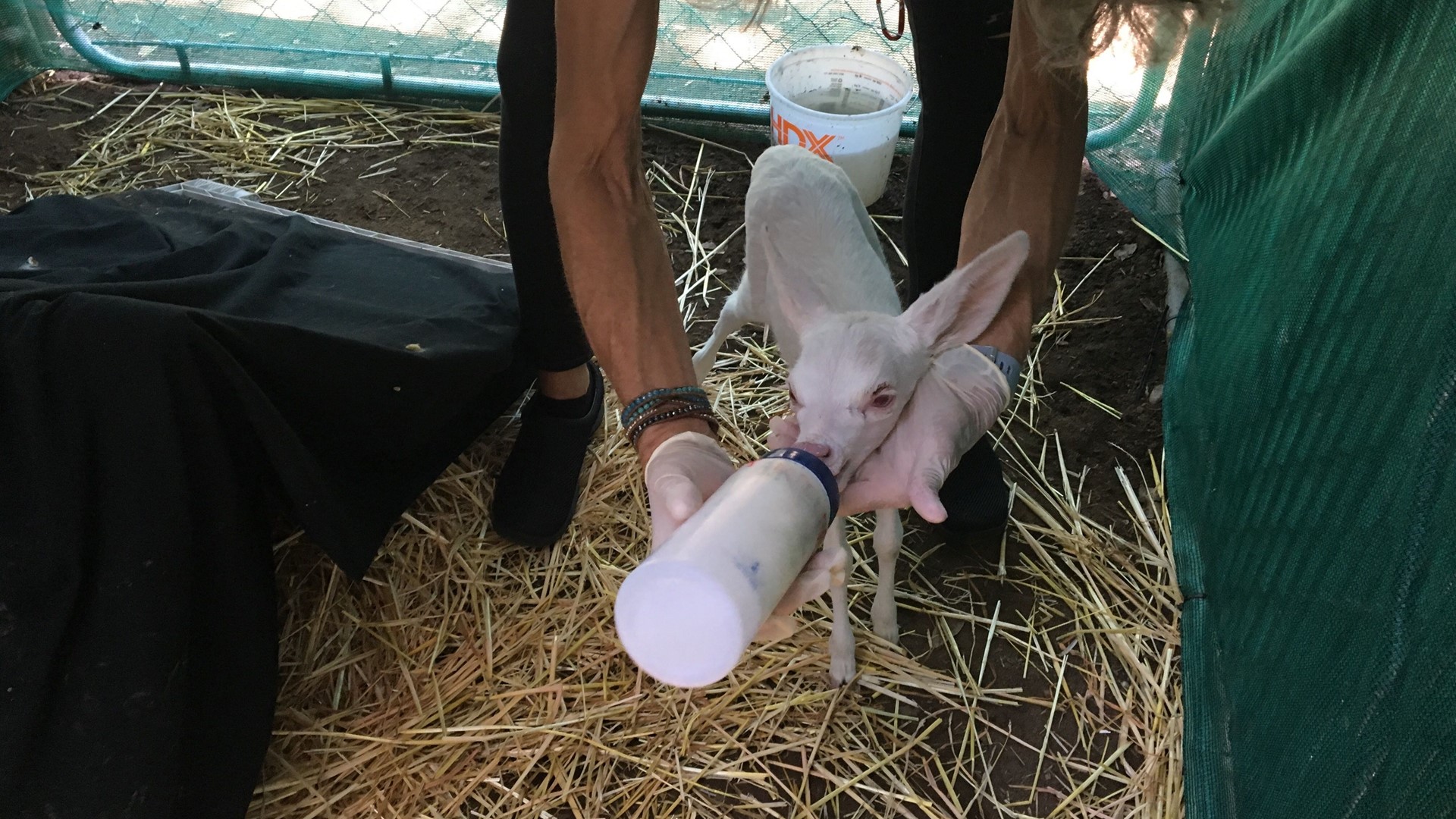 LOOMIS, Calif. — It's not everyday that you come across a fawn stranded in the middle of the highway, and it's very rare to encounter a fawn that's an albino.

That was the case last Thursday when a trucker discovered an albino fawn in the middle of the highway in Woodland. Initially believing it was a goat, he contacted Diane Nicholas, founder of Kindred Spirits Fawn Rescue, and she was able to confirm that the three-week old animal was actually a fawn.

Nicholas brought the fawn in and has been caring for it ever since.

"Thirteen years of doing this and this is the first one that I've cared for. It's pretty cool," said Nicholas. "You want them to be with mom, but, when the opportunity arose where we were able to rescue and rehabilitate, we were thrilled to be able to do this."

They have decided to name the fawn Spirit, and it appears that Spirit is settling in just fine.

"This morning, when I was feeding her, she swung herself around and then took the bottle again. When she finished, she took both hooves and hit my hand and turned her fanny around as to say 'I'm done, get out of here,'" Nicholas said. "She has lots of personality which is going to do her very well in the wild when she's released."

Spirit is  being rehabilitated for a return to the wild, but won't happen for another five to six months. In the meantime, the organization is grateful to have her around.

"People have really latched on to her and everyone seems to be connected. Maybe, it's because of the folklore in the Indian tribes about the good karma, and we're all looking for that these days - and maybe that's what she's all bringing to us," Nicholas said.