The bear became trapped in the home after it wandered in through an open garage door. At least three people were inside the home at the time. 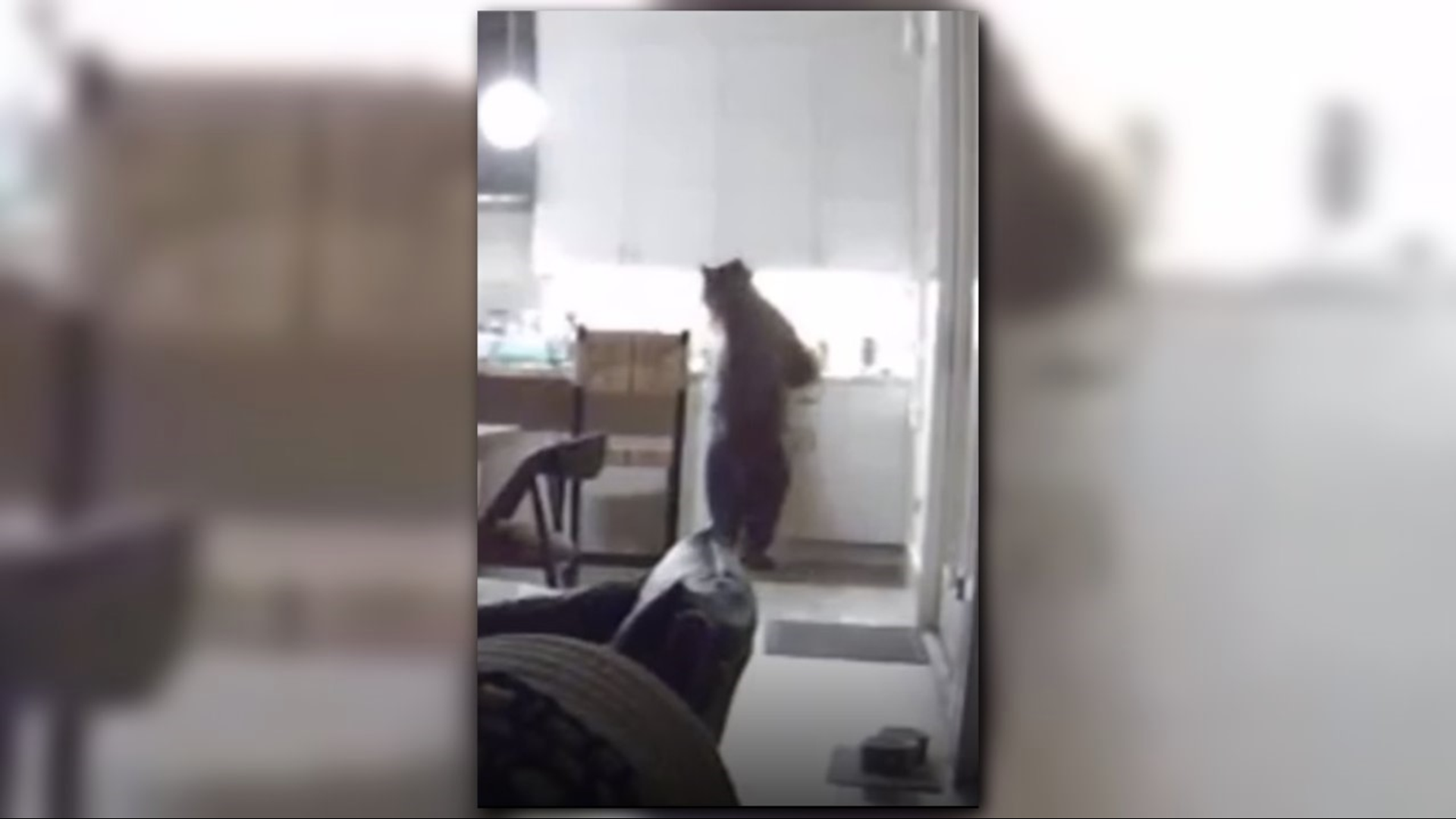 TRUCKEE, Calif. — A curious bear caused some tense moments for a family staying in Truckee after it got trapped inside their home on Sunday.

According to the Placer County Sheriff’s Office, the bear got inside the home through an open garage door which then closed behind the furry intruder.

Hayes Sherman and his friend Bobby Harden heard the bear from the other room.

"At first I thought maybe it was his mom but it was getting so aggressive that we just we thought this could be a bear," Harden said.

The two called 911. Meanwhile, the bear, as seen on the family's Nest camera, was checking out the counters before hitting the fridge.

"The bear took two Ben and Jerry's pints from our freezer and shredded them open and ate them all and took our taco meat from the fridge," Sherman said.

Placer County Sheriff's Deputy Allyson Prero soon arrived and spoke with the homeowner from a window in an upstairs room. Prero opened the front door to give the bear a way to escape.

"They usually go out the same way they come in and I could tell the bear was panicking and was pacing back and forth in the house," Prero said.

The bear ran outside but lingered around the driveway for a bit until Prero deployed a “bear round” from her shotgun, shooing the animal back into the forest.

Placer County Sheriff's Office
2018 was the MOST DESTRUCTIVE wildfire season in California history.... More than 8,000 fires ripped through the state, and Placer County has been no stranger to the devastation.

No one inside the home was injured during the “home invasion” and the two teens took a photo with the hero deputy.

The sheriff’s office said it has dealt with several bear-related calls in the Tahoe area over the last couple of weeks. Officials want to remind homeowners and visitors to the area to be sure and lock the doors on their homes and their cars. They also advise people to not leave food inside their cars.