The American Kennel Club says therapy dogs, like Dolly the Goldendoodle from Fort Dodge, can experience depression when they can't serve their patients. 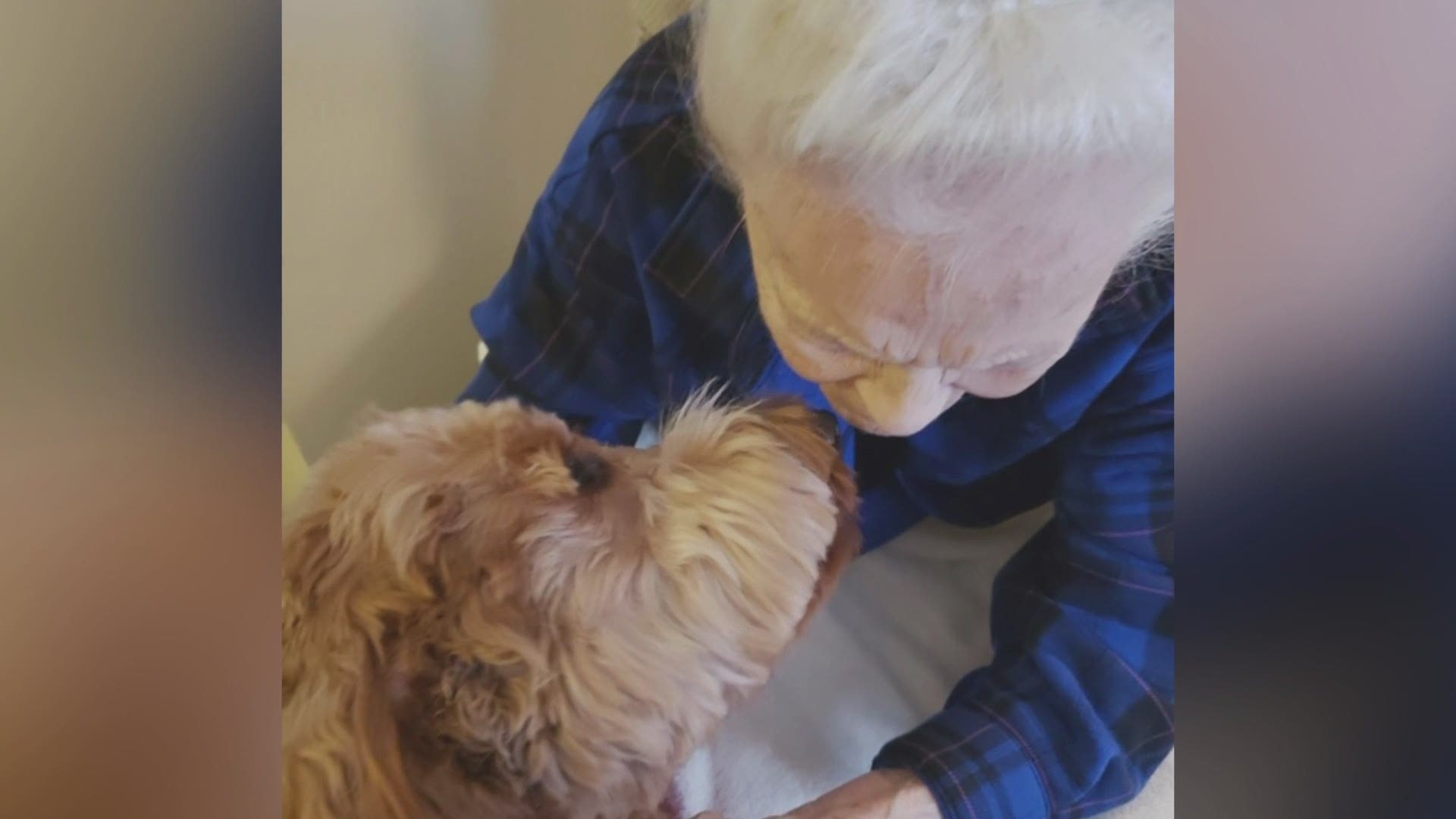 FORT DODGE, Iowa — Many have been out of work during the pandemic.

That includes Dolly the Goldendoodle, who hails from Fort Dodge.

"She definitely misses work," said Liana Sears, Dolly's Trainer. "She was so depressed."

Dr. Mary Burch, therapy dog director for the American Kennel Club, says the depression that dogs like Dolly are feeling is real.

"Behaviorally, we might describe that as the loss of a reinforcer, which is something pleasing to us," said Dr. Burch.

Therapy dogs get accustomed to providing therapy service, such as going on a car ride or providing patients with comfort, according to Burch.

"What happens is they miss the activity and they get depressed."

Burch says the American Kennel Club is encouraging volunteers to go virtual. Many volunteers are doing Skype sessions with their dogs to connect with patients, or even sending cards to them from the puppy, to show the patients that they are still cared for.

Dolly in particular has a very special story.

Jane Hambelton, of Fort Dodge, got Dolly the puppy when she was only 12 weeks old.

“My husband wanted a big dog, and so we decided on a Goldendoodle,” said Hambelton. “And we got Dolly.”

Credit: Jane Hambleton
Mark Hambleton passed away three weeks after he and his wife got Dolly.

“So I had this big puppy that I didn’t know what I was going to do with, but I was in love with her already and I didn’t want to get rid of her,” said Hambelton. “I don’t know how I put one foot in front of the other.”

But Jane said it was her faith, and her newfound friendship with Dolly and a new trainer she met, Liana Sears, that got her through.

“Jane and I became best friends,” said Sears. “We just had a great bond of friendship with this little one we raised together.”

Credit: WOI-TV
Liana Sears trained Dolly and taught her how to "hug", as pictured.

Together, Sears and Hambelton worked to get Dolly trained and registered as a therapy dog. Now, the three of them are inseparable.