The famous dog is known for her stunner shades, flashy watch and can't forget the pink nails. 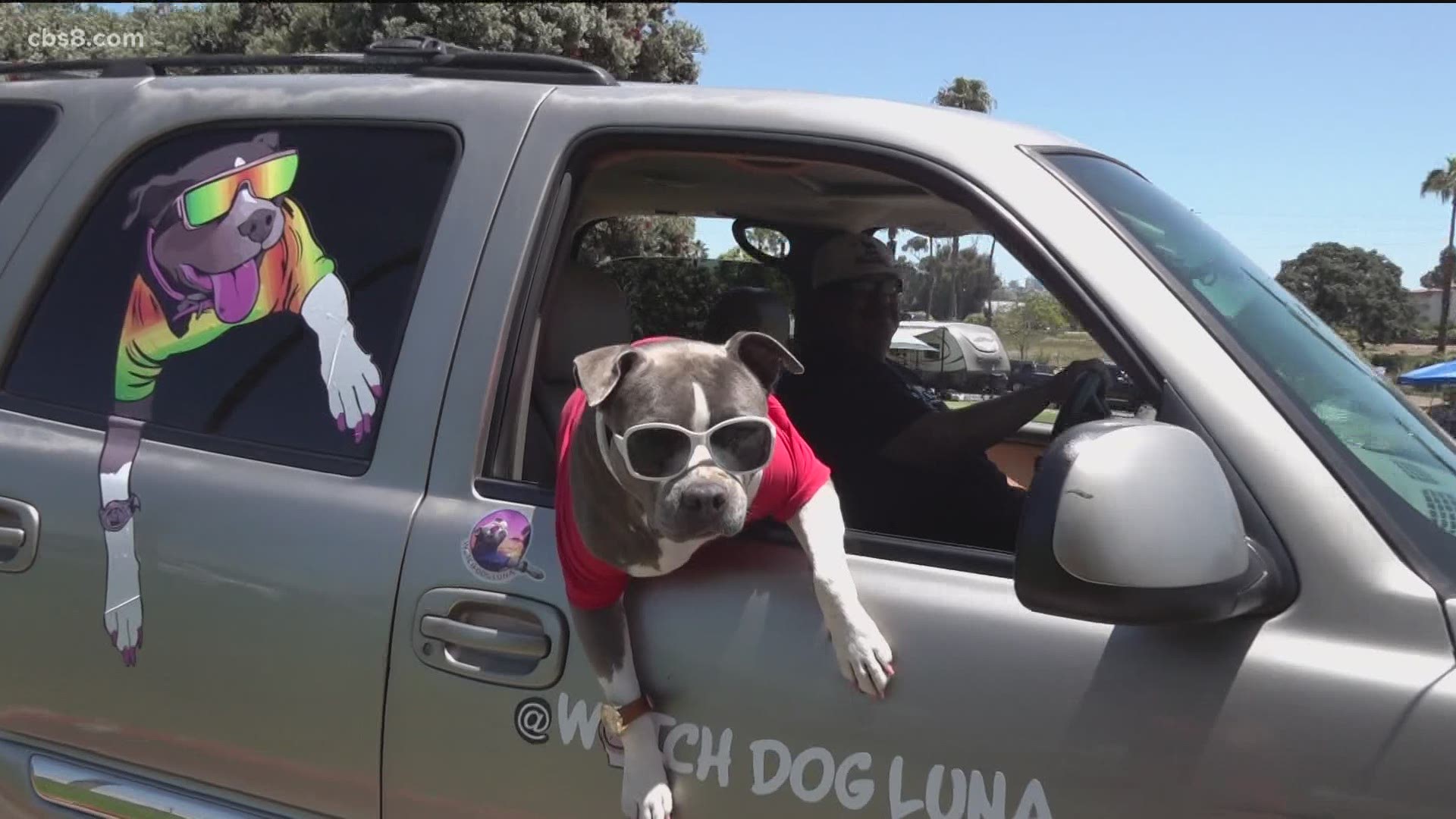 SAN DIEGO — A San Diego dog is now a viral sensation. Chances are if you haven’t seen Watchdog Luna on social media, you've seen her cruising down the streets of San Diego.

The famous dog is known for her stunner shades, flashy watch and can't forget the pink nails. Gomez said this all started when Luna just did her own thing.

"Next thing you know, she got up on the window and I was like a little scared and nervous at the time. I'm like, 'OK, you look like you know what you're doing.' Then, she sat down with her arm out the window, I was shocked. I'm like, 'oh my god, I've never seen a dog sit like this!'" said Gomez.

"My whole goal is I want people to come pet my pitbull and introduce a better reputation for pitbulls. They are nice dogs and they are family dogs. I used to hear about Michael Vick and I wanted to show how nice pitbulls really are. That’s why we drive around to bring smiles to faces," he adds.

It hasn’t always been smiles, Gomez had to put his other dog, Luna’s sister, to sleep due to a disease. Gomez has a hernia making it hard to go to work, but he says he does this to not only bring joy to himself but to others too.

Gomez started a nonprofit called Cali Pitbulls which raise awareness of the disease that took Watchdog Luna’s sister’s life, the dog he had to, unfortunately, had to put to sleep.

WATCH RELATED: Boy puts mask on dog before putting on his own (July 2020)