Many locals have already flocked to the spectacular sight that has flooded the lake bed with purple. 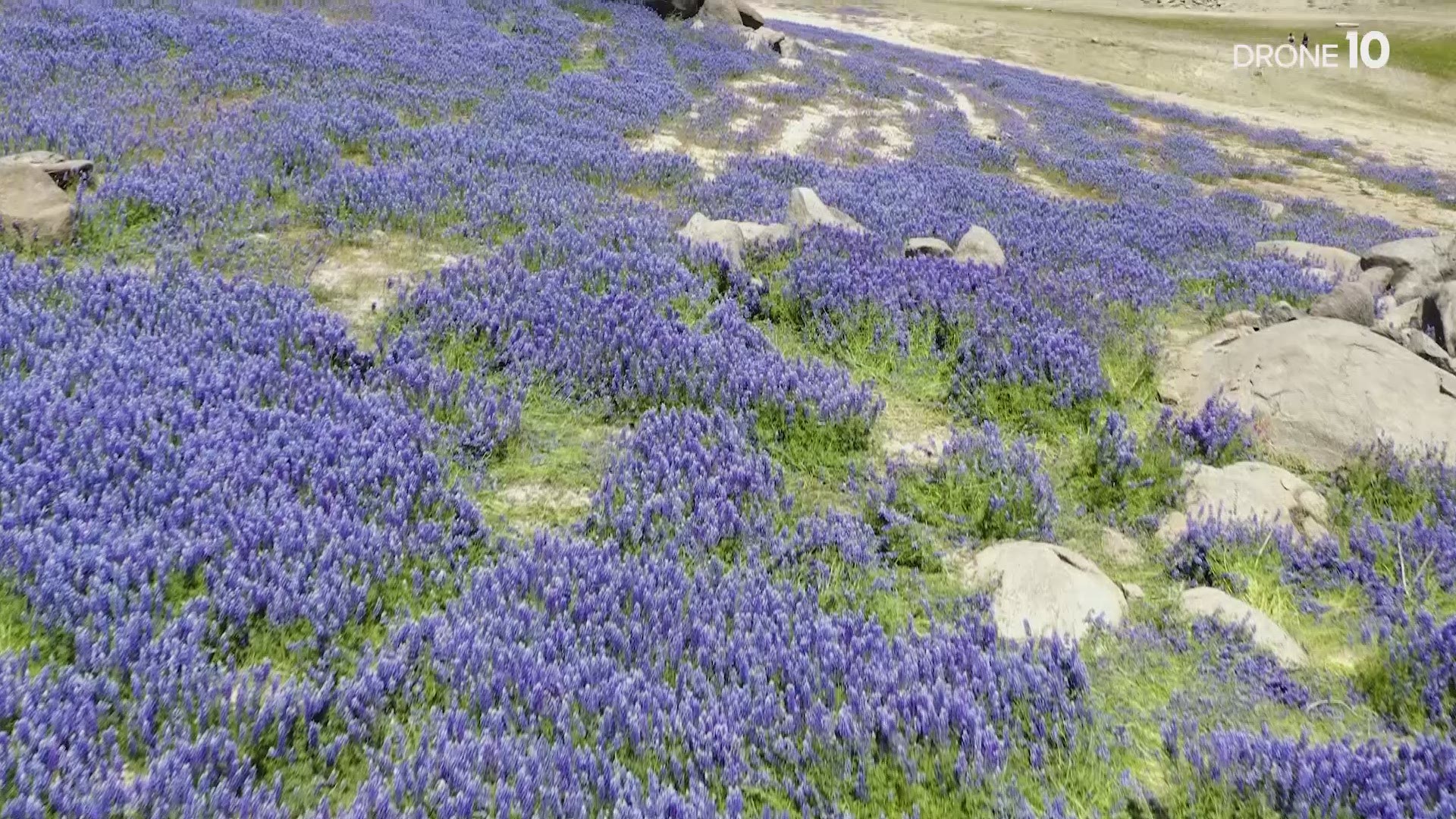 FOLSOM, Calif. — Locals from the Sacramento area are flocking to Folsom Lake this week, and it's not for a quick dip or a scenic hike.

A lupine super bloom is in full force in the Granite Bay region of the recreational area, washing the sandy landscape in a sea of purple.

The super bloom is beautiful, but it's also bittersweet, as it was only made possible by dry conditions at the lake leading to low water levels. Nearly the entire area is typically covered in water.

The bloom comes as the state is facing a critically dry year ahead of wildfire season. Half of the state is reporting it is in 'extreme' drought conditions. This week is also supposed to see continued high temperatures, with the possibility of highs in the 90s.

At the same time, the gorgeous flowers brought families, couples, and solo spectators to the spot, most of them equipped with a camera or cellphone. In an effort to get the perfect picture, some of the flower beds have been tamped down by eager feet and bodies.

It's an issue that is reminiscent of California's poppy super bloom in March 2019 that brought hundreds of thousands of visitors to Lake Elsinore in Southern California, a town of about 60,000 residents. The area was cramped for a while, with some appreciative of the poppies from afar, and others wandering off the designated paths to get a photo.

The Folsom Lake lupines may not be around much longer, however. Riverbank lupine, like those growing in Folsom, typically last about 2 to 4 weeks, according to the U.S. Department of Agriculture and Natural Resources.

The super bloom itself is not typical for the area. The lupines had to grow under just the right conditions in order to be as widespread and lush as they are today, the dry conditions meeting a smattering of rain at the perfect time.

Entrance into Folsom Lake State Recreation Area costs $12 for parking, and finding a spot may be difficult with the increased traffic to the area, but if you're looking for an incredible view and a safe outdoor activity, the super bloom is a must-see.