Joey Chestnut pulled up a chair at the Mall of Georgia Hooters for a marathon chicken-wing-eating display on Monday. 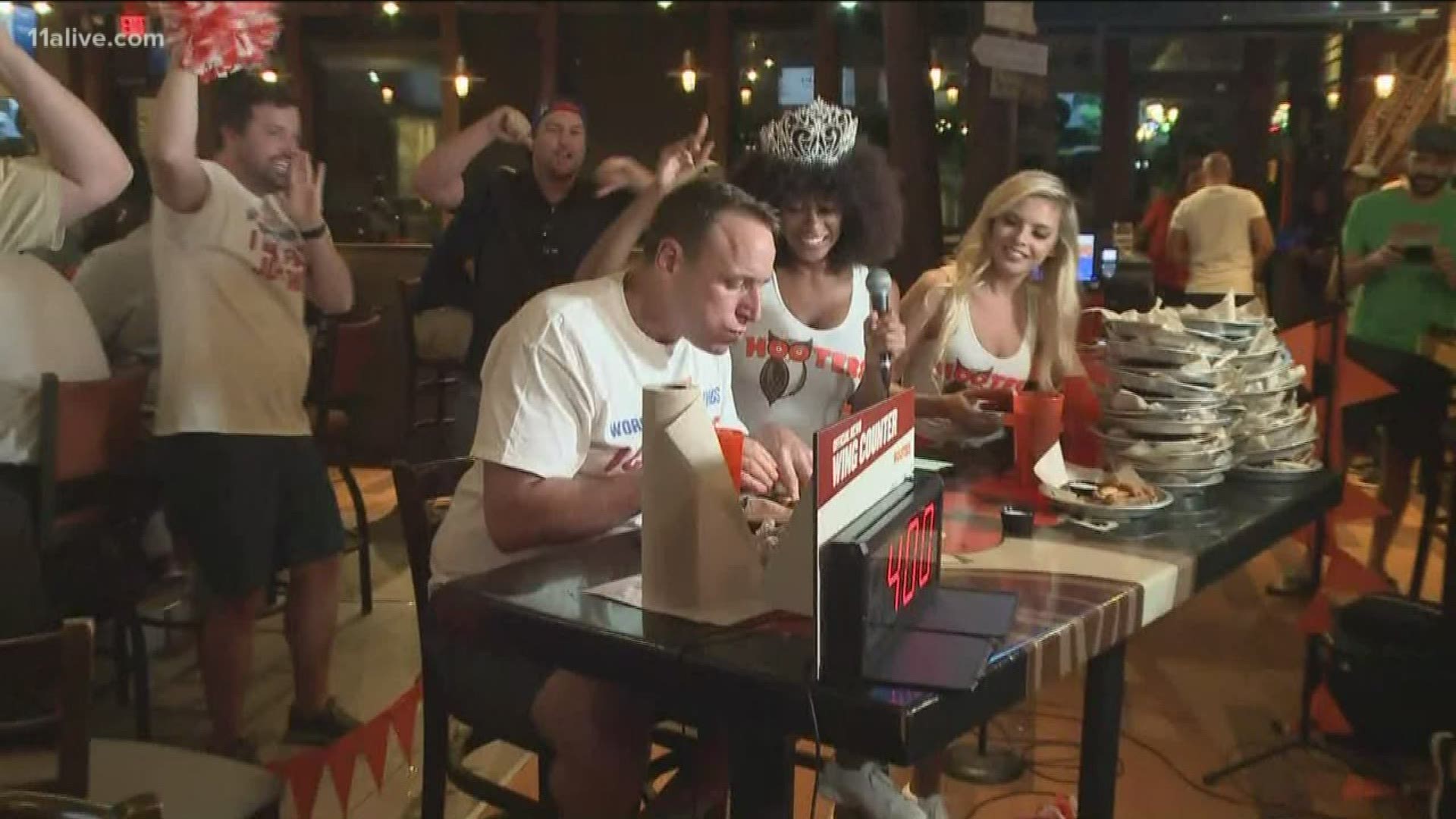 BUFORD, Ga. — Famous for devouring dozens of hot dogs in an annual 10-minute sprint, champion eater Joey Chestnut pushed himself to the limit in a food-eating marathon in Metro Atlanta on Monday.

According to his Major League Eating page, Chestnut has previously eaten 182 wings in 30 minutes before.

"I've never done anything like this in my life - I've been doing eating challenges and contests for 14 years," he said. "Twelve hours of eating, just continuous, simple bathroom breaks, and it's all here, brother. And there's nothing like it. I'm happy I did it."

Chestnut told 11Alive he originally set a goal to eat 400 wings, a benchmark he comfortably passed.

"I'm always happy to go above my goal," he said.

But he said trying to eat for 12 hours straight - instead of the usual 12 minutes - certainly put him to the test.

"My body wanted to go to sleep about an hour into it," he admitted, "But I just had to push through it, just make my body work for me, and I was able to do it."