These are nuggets developed exclusively by Beyond Meat, which is already well known for its plant-based burgers. 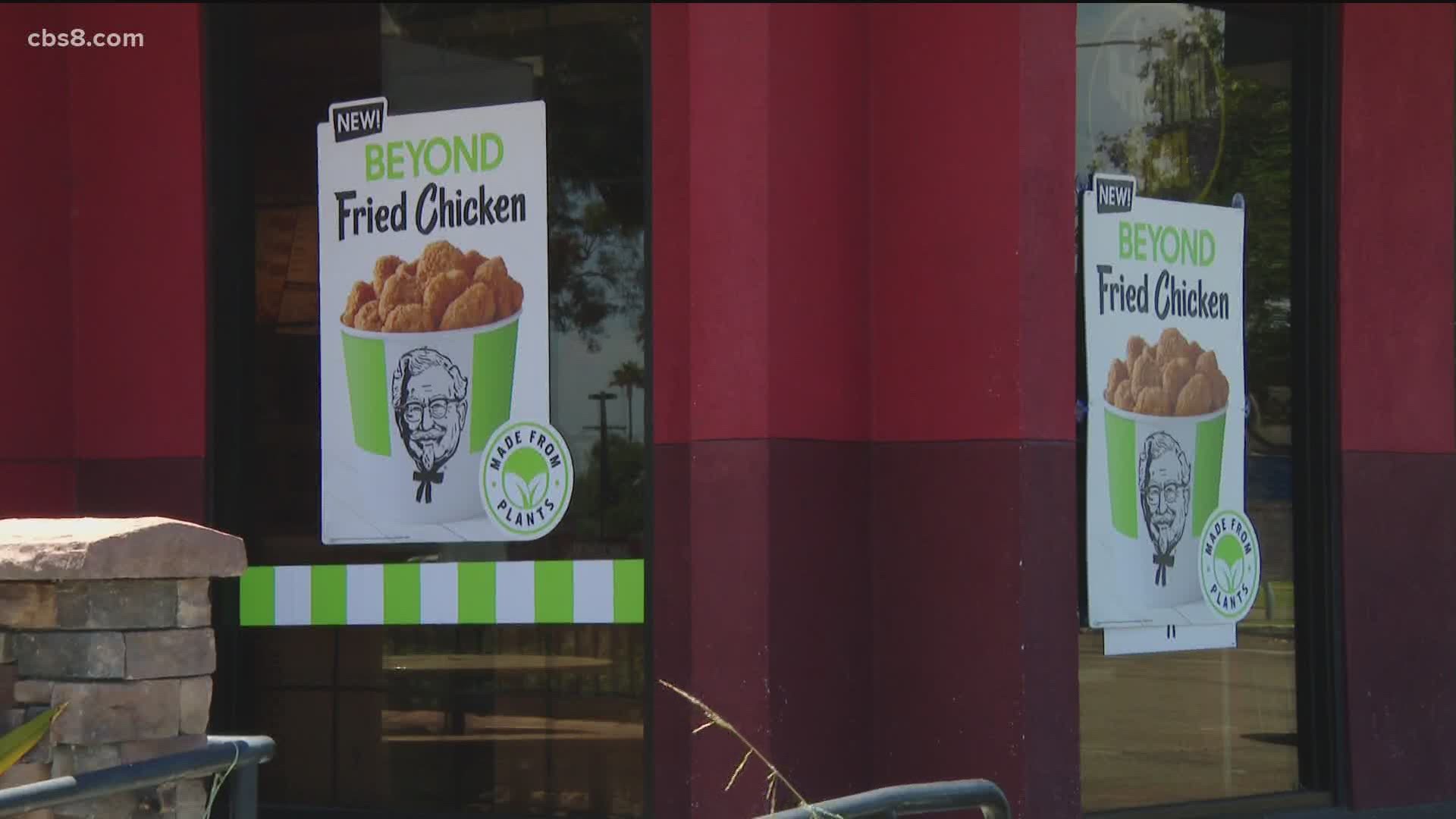 It's called "Beyond Fried Chicken." These are nuggets developed exclusively by Beyond Meat, which is already well known for its plant-based burgers.

David Leight drove from Ocean Beach to Clairemont Mesa just to try it.

And his first impression?

“Ehh... it's close," said Leight. "I mean Beyond Burger doesn't really taste like a burger, but they taste close enough and when you put all the stuff with it. It tastes pretty darn good.”

Leight has a point: who eats real chicken nuggets without sauce? So, he dipped it in a ranch sauce and tried it again.

“Ya - close enough," said Leight. "It tastes like a nugget.”

David's wife, Raima, is a pescatarian.

“I've been very excited to try something that was a fried chicken and I think it's delicious,” she said. “Yep - it's really good.”

That said, Raima admitted she doesn't know if this tastes like chicken because it's been so long since she's actually eaten chicken and she doesn't remember what it tastes like.

Southern California, it’s time to get a taste of Beyond Fried Chicken!

There are a few things you need to know about Beyond Fried Chicken. First, it's cooked in the same fryers as the real chicken, so it's not vegan. Second, it's not cheap. Twelve nuggets cost over $15 with tax. Third, it's not being sold in all of the county's KFCs, but is available in about 20 of them.

While Raima and David were excited to try it, others think the whole idea of fake chicken is for the birds.

KFC is only selling the Beyond Fried Chicken in Southern California right now and it said it will only be around “while supplies last.”

RELATED: Is a plant-based diet healthier? Here's what to look for