They're on the hunt for the best french fry-filled, creamy burrito in San Diego County. 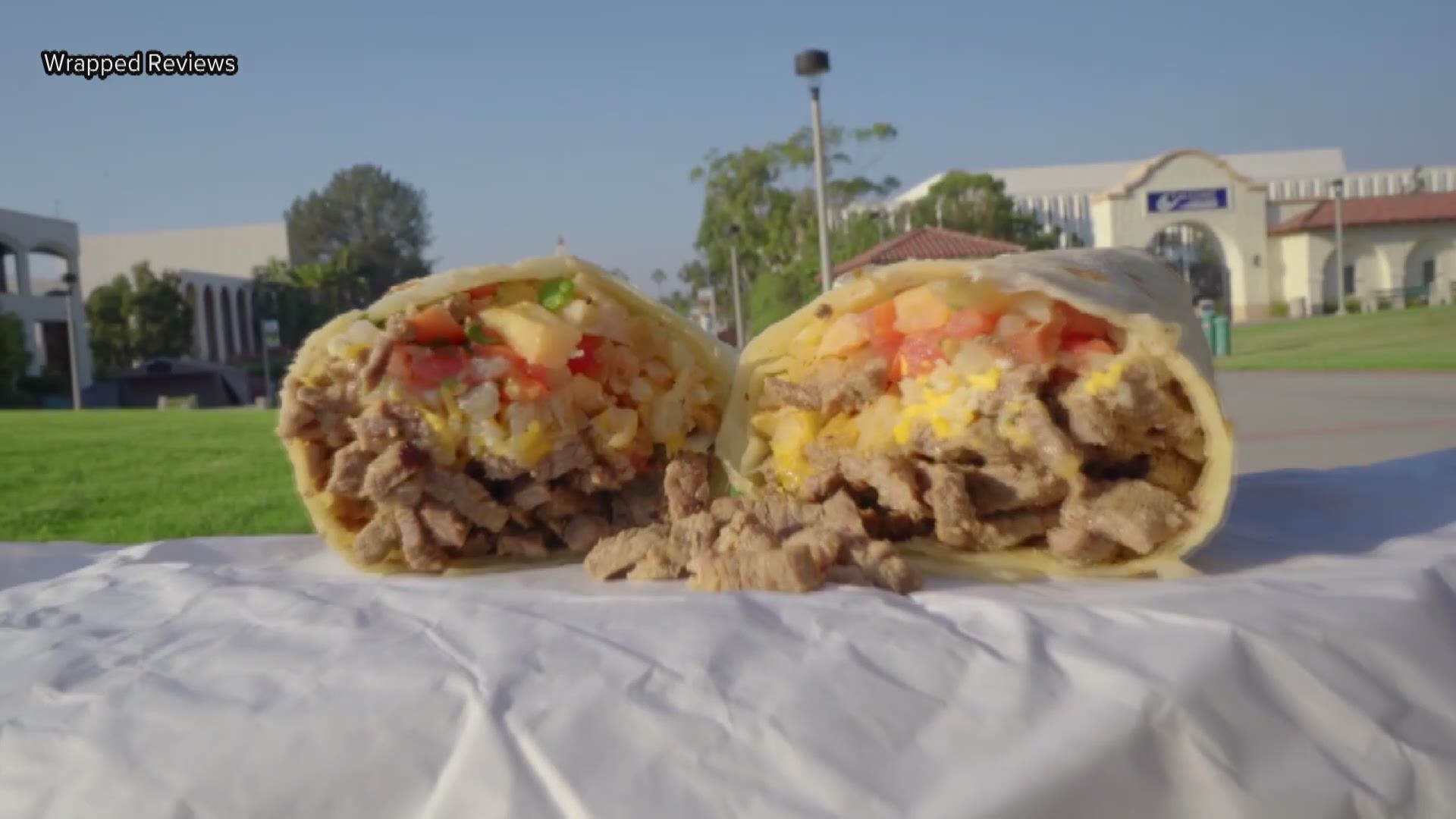 SAN DIEGO — A California burrito is a dead giveaway that you’re from Sunny San Diego. The melt-in-your-mouth marriage of potatoes and guacamole in a warm burrito draws in crowds from all over the world. However, if you think you love California burritos, wait until you meet Richard Vasquez, Christopher Alsheikh, and Adrian Reyes.

“Where I grew up, there was a Mexican food shop that had burritos so having California burritos was always really accessible,” said Reyes, age 20.

“I was playing football so I was trying to put on pounds,” said Alsheikh, age 22. “Yeah, I just fell in love after I had my first one.”

“I grew up in a Mexican household, so there’s always been a lot of burritos around my life,” said Vasquez, age 21. “Once we all started getting together after football practice and really wanted to pack on pounds, burritos just kind of shined a new light on our lives.”

As they grew older, the three would still meet up for a California burrito,  as friends do. They found themselves passionately debating each aspect of the California comfort food.

“I really care about the tortilla,” said Vasquez. “I think that it’s consistent throughout the whole entire burrito so it should definitely matter. I’m looking for a nice - as close as you can get to what it’s like in Mexico kind of tortilla where it is really soft.”

“The french fries are like the biggest thing I look for,” said Alsheikh. “I mean, for a California burrito, that’s kind of what separates it from other burritos.”

Not much has changed, except their burrito critiques are now on camera. They recruited cameraman and Adrian’s brother, Diego Reyes, and created Wrapped Reviews. They’re on the search for the best California burrito in San Diego County.

The three weigh, measure, show the price of, and discuss each burrito- ordering it exactly as is from the menu.

Be warned - these are not surface-level reviews. Wrapped Reviews has sparked passionate online discussions among locals when it comes to sauces, seasoning, chewiness of the tortilla, the ratio of ingredients, and even how the fries are cooked.

Burritos are put to the test when it comes to consistency, structure, texture and of course, taste.

So far, their highest-rated burrito is from La Perla Cocina in Pacific Beach, but that could change. As long as new burrito joints keep opening up in San Diego County, the three will not run out of venues to sample anytime soon.

It’s tougher than it looks.

“Something that we’ve been having trouble finding is really good carne asada,” said Vasquez. “I think that either it’s too dry or it’s not seasoned enough.”

And the three don’t always agree.

“It’s all across the board sometimes,” said Reyes with a laugh.

As it turns out, if San Diegans are passionate about one thing, it’s their burritos. The project just started in September and it’s already taken off online on sites like YouTube and Reddit.

So, would these three burrito enthusiasts ever welcome a guest judge?

If you’d like to help fund this burrito passion project, Wrapped Reviews accepts donations on Patreon.