Sales have skyrocketed for plant-based meat companies like Beyond Meat and Impossible Foods. 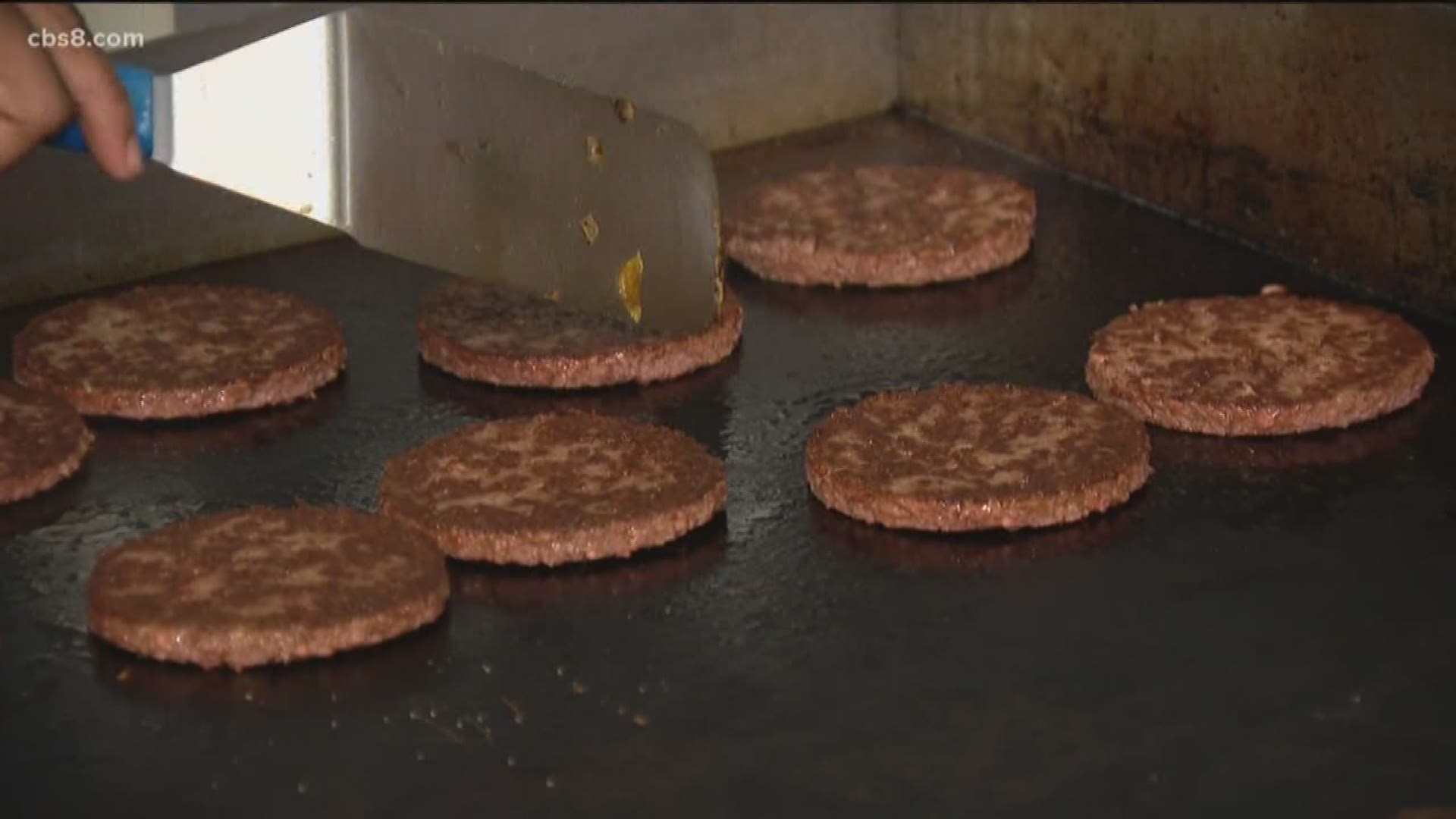 SAN DIEGO COUNTY, Calif. — Plant-based diets are getting more and more popular, and it is has become evident as more plant-based meat is offered at restaurants and grocery stores.

Now, a new Netflix documentary called "The Game Changers" has sparked an even bigger interest in eating plant-based diets.

"We've definitely had clients come in excited to try a plant-based diet after watching that documentary, which I think is really cool," said Andrew Koszdalda, Assistant General Manager at Plant Power Fast Food.

He said the menu is what draws in new customers.

"We have a lot of the stuff they're used to eating, that tastes the same but it's plant-based," he said.

Sales have skyrocketed for plant-based meat companies like Beyond Meat and Impossible Foods as fast food chains like Burger King and Carl's Jr. offer their burgers.

According to a new study from market research firm the NPD Group, the appetite for plant-based food is expanding. Sales rose from $118.7 million in 2017 to $192.1 million this year. The study found millennials are the top consumers.

Though there are critics who dispute some of the claims in the film, Koszkalda said the film is at least opening up a conversation. He said you can't dispute the fact the popularity of meat alternatives is growing.

"It's blown up, the meat alternatives. There's new ones like every month it seems like," he said.