Desperate for workers amid the pandemic, this local eatery is offering a bonus of $5,000 to qualified line and prep cooks. 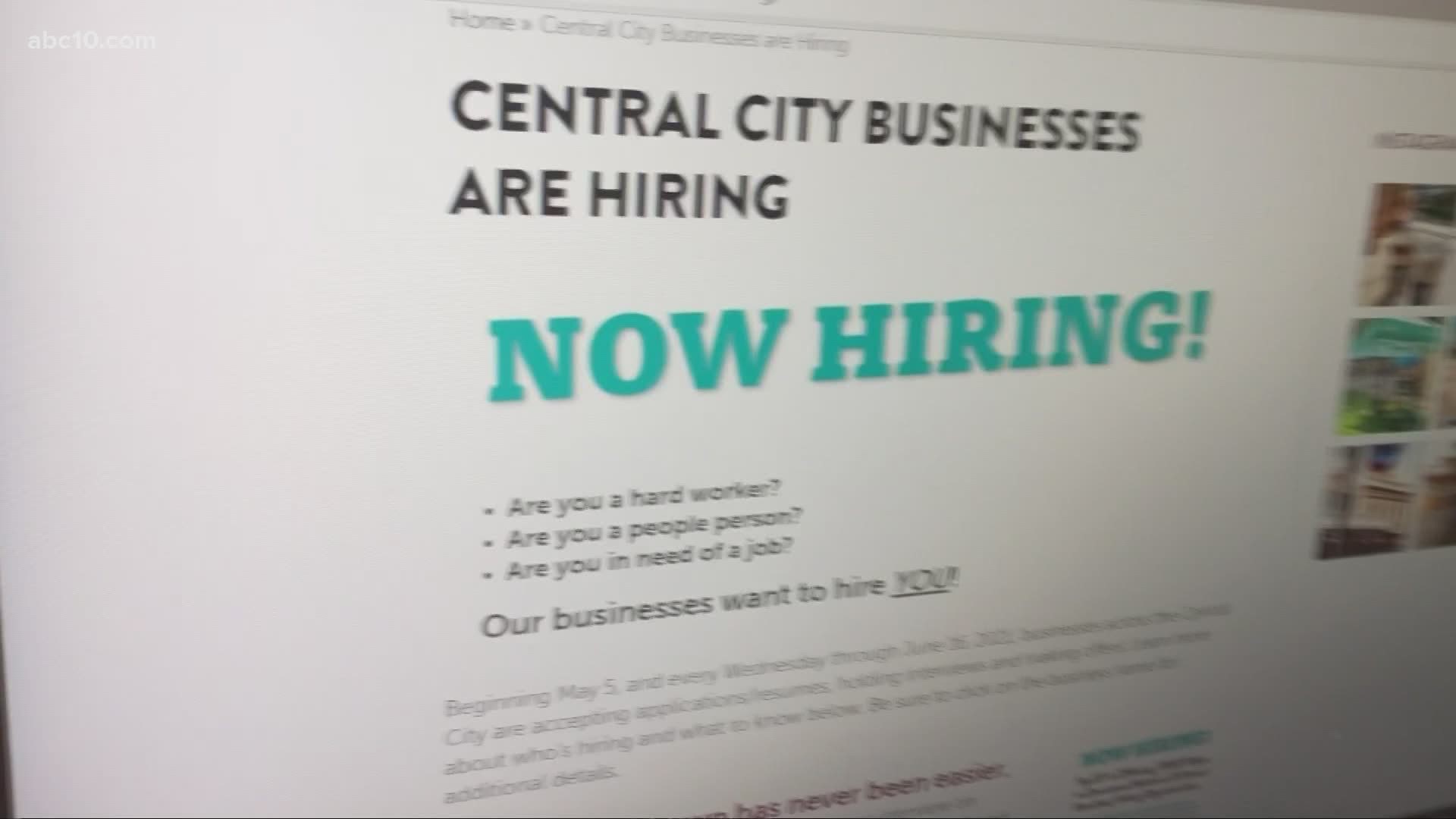 GRASS VALLEY, Calif. — As many local businesses and especially restaurants struggle to find workers, one Grass Valley eatery is offering thousands of dollars to new hires who stay on at the business.

"Currently, we have more customers than we have employees to service those customers," said Jerry Cirino, president and owner of Cirino's at Main Street.

In a post on Facebook, the restaurant announced a "Retention Bonus," a $5,000 bonus for experienced line and prep cooks.

Cirino said the $5,000 was not just to get qualified cooks hired, but to make sure they stay with the restaurant through the next few months as California begins to open back up.

"Now that we've opened, we realized that lives have changed and we have 22 employees to do the job of 47, pre-pandemic employment count," Cirino said.

Cirino's at Main Street first opened in downtown Grass Valley roughly 14 years ago, expanding from their first restaurant in Nevada City -- which opened in 1983. The family-owned and operated business has been serving a loyal clientele for more than 38 years, but closed for roughly 14 months due to the pandemic.

The 22 employees who are currently working at Cirino's are made up mostly of pre-pandemic employees, workers who returned once the "open" sign was back up in the restaurant's window.

"These people are good quality people," Cirino said. "They help one another and they're sincere about what they do."

However, over half of the staff did not return, with line cooks and prep cooks being in particularly short supply. Cirino's issues follow a national trend of labor shortages.

"We realized that this, early on...is a systemic problem, that it's a national problem," Cirino said. "And I had to put a statement out there large enough to get some coverage, and I really needed that coverage to reach a regional audience."

The owner is completely serious about offering $5,000, provided that workers meet certain goals and can stay at the job for a year.

That is what makes the bonus a "Retention Bonus," rather than a sign-on bonus like other companies have offered, like Amazon's one-time $1,000 bonus. Line and prep cooks can get paid out half of the $5,000 after six months of work, then the other half after a year.

At the same time, Cirino said that those employees who train line cooks and prep cooks at the restaurant are also up for a pool of $5,000, further incentivizing staff to stay on through the restaurant's recovery.

Cirino said he has had some inquiries so far about the jobs and is still working through contacting people.

He has been busy himself bussing tables, waiting on customers, and doing extra work around the restaurant to fill in for the missing staff. He added he has made personal sacrifices amid the pandemic in order to maintain this "big commitment to retain this restaurant."

"I've sold my personal residence. I've sold my rentals," Cirino said. "I've sold all the property that I have, and we're making a last-ditch effort here to retain this gem of a restaurant that people truly enjoy."

The restaurant is up and running, and has also recently installed "snugs," closable booths that can help separate you from other patrons for added privacy. But with staffing short, Cirino's at Main Street is serving for half the week it normally would, at half the capacity.

"Line cooks were scarce before the pandemic," Cirino said. "We can't expand the front of the house, which are waitstaff, bussers, house, and whatnot...till we can produce the food. So, we're running a partial restaurant."

Cirino's at Main Street is currently open Thursday through Sunday from 11 a.m. to 10 p.m. at 213 West Main Street in Grass Valley, Calif. They serve award-winning Italian and Mediterranean cuisine and are known for their Bloody Mary Mix.