Girl with prosthetic leg has special connection to Winter the dolphin

Ayden is from Indiana and was given the chance to have a special tour of Clearwater Marine Aquarium and meet the dolphins living there. 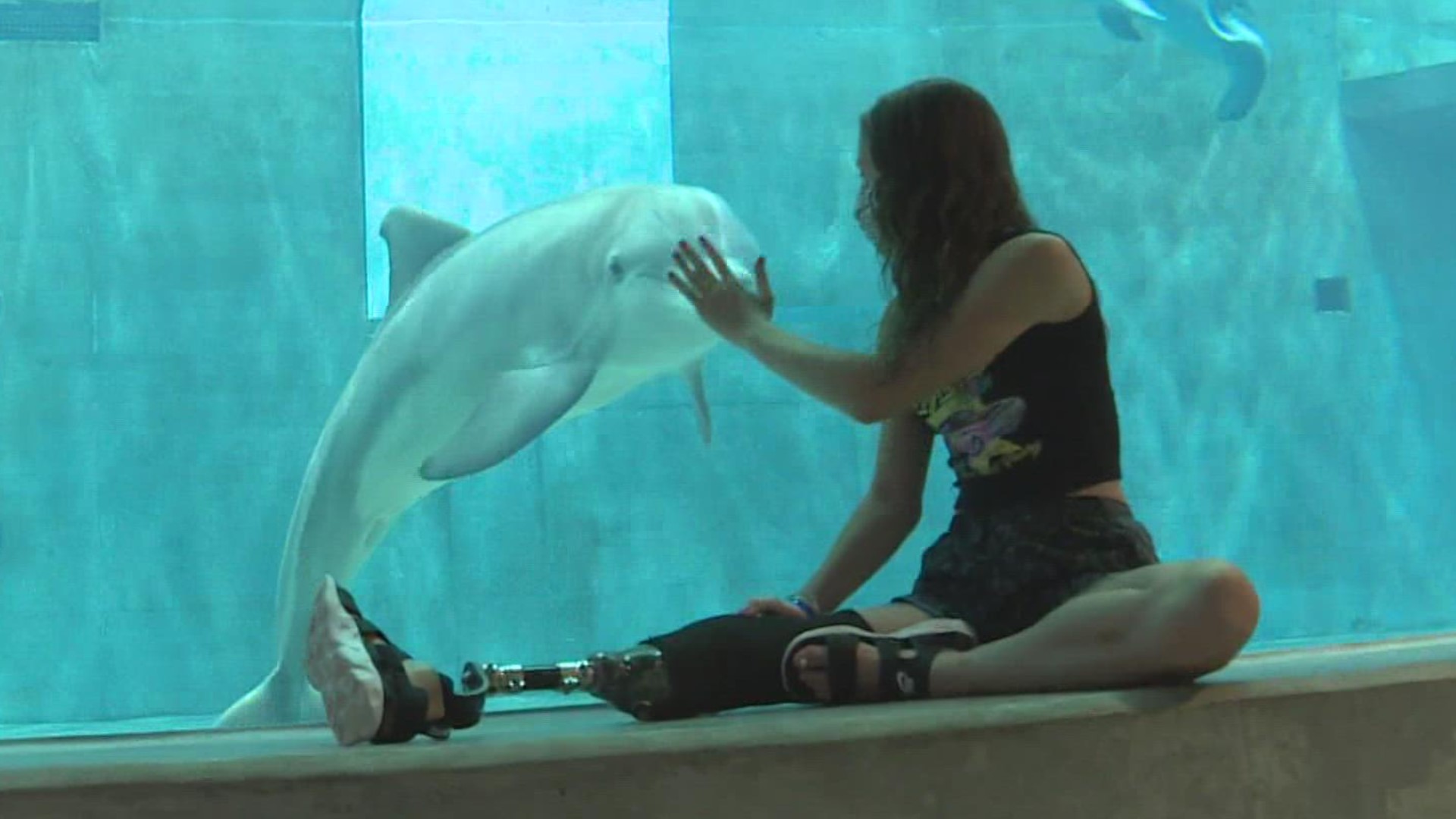 CLEARWATER, Fla — A 13-year-old from Indiana has a special connection with Winter the dolphin and they just got to meet for the first time this weekend.

Ayden Wagler was gifted a unique opportunity back in October to meet the famed dolphin at Clearwater Marine Aquarium, according to WEHT.

Because of these medical conditions, when Wagler was three years old, one of her legs was amputated, WEHT said.  But Riley Children's says that significant surgery didn't keep Ayden down for long.

“When she went through the amputation, she was bouncing on the trampoline a week later,” Ayden's mother Angie says. “She got me through that tough time. She is unstoppable.”

And that spirit is part of what connects her to Winter. They both share that unstoppable spirit, in addition to now using prosthetics.

“I’m happy to tell people about NF or show them my prosthetic leg,” Ayden told Riley Children's. “It is a part of who I am, but really, I am just a normal kid who likes softball, crafts and dolphins.”

10 Tampa Bay caught up with Ayden during her tour of the Clearwater Marine Aquarium. She says she appreciates the aquarium taking care of animals who need help and can't be released in the wild. According to a spokesperson with the aquarium, Ayden has plans to be a marine biologist when she grows up.

RELATED: Orca that was stranded for hours on rocks in Alaska is set free