The owner of Renown Auto Restoration paid off close to $5,000 of the mortgage 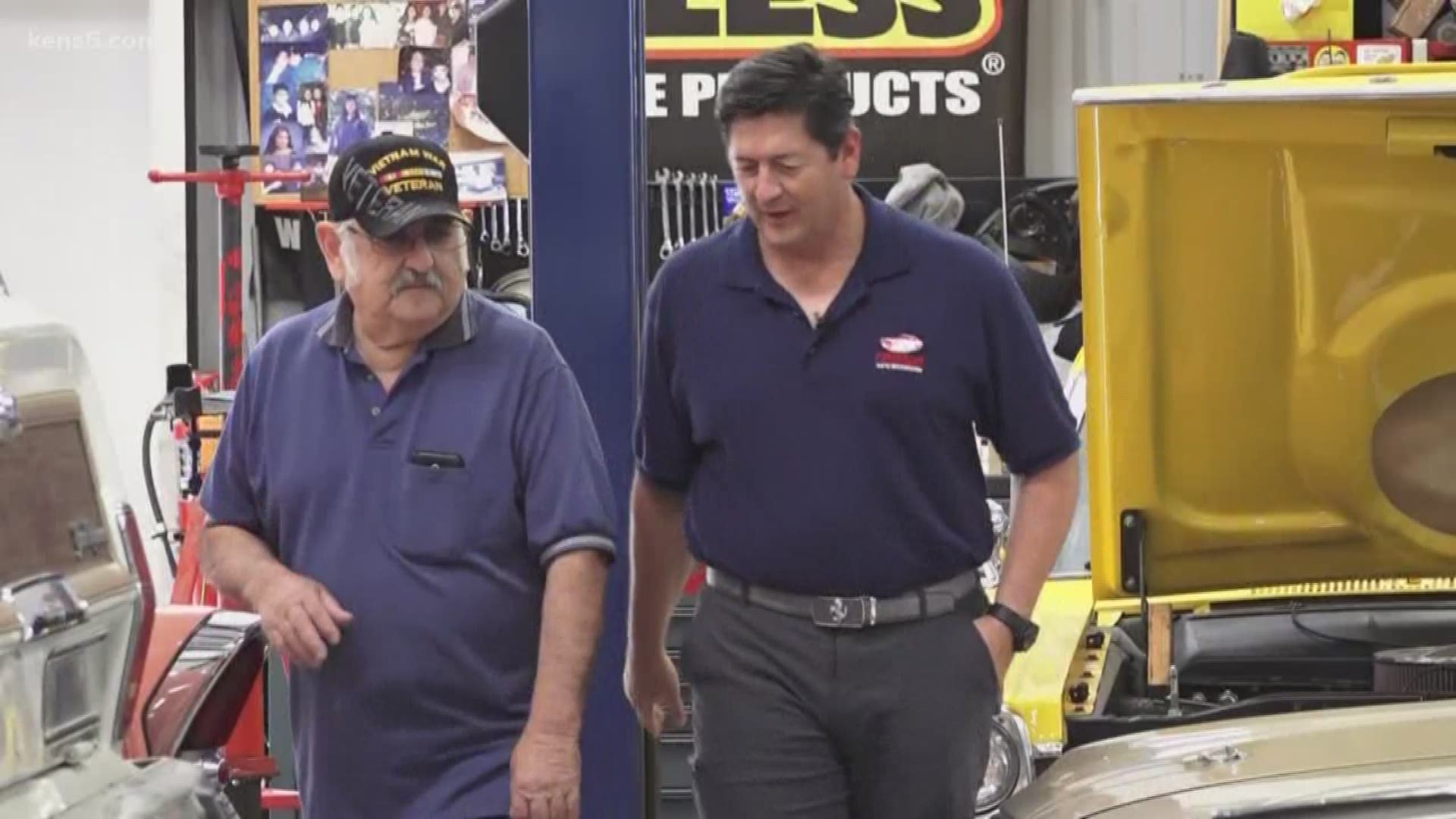 SAN ANTONIO — A 69-year-old Vietnam veteran is retiring early thanks to the generosity of his boss of over 13 years.

Albert Brigas has been an auto mechanic under Rudy Quinones since 2006 and was planning to retire after paying off his mortgage next year. Brigas told us, "I lived in that house for 24 years. In fact, on December 5th it will be 24."

But now he's able to retire and live in this house with his wife without a mortgage payment - and without having to work - thanks to Quinones' big heart. Brigas added, "He cares he cares about his people and what happens."

Rudy Quinones, the owner of Renown Auto Restoration told us, "He would come into work every day even when he was sick. Just that level of loyalty the determination you just don't find anymore."

Quinones has known about Brigas' desire to retire for a while. Quinones said, "Albert has been grumbling about that for the past year. His ultimate goal was to retire and have his house paid off."

Last month he called Brigas into his office. Quinones added, "I asked Albert to come into my office and usually when an employee has to come to his bosses office there's always some apprehension for him to come in."

In mid-October Quinones filled out a check for about $5000 and paid off his mortgage. Brigas said, "I got him the final numbers for the house we went to the bank and paid it off."

We got wind of the extreme generosity of Quinones from another one of his employees, Joseph Winkler. He told us, "Not enough good news is out there and this is one of those things that I thought needed to be shared, so people know hey there are people out there that do good things for other people."

Now Brigas has more time to spend with his family. Brigas said, "We brought up my 12-year-old granddaughter and she's doing great, and now we've got a nice little grandson."

Quinones added, "To give them something they've been yearning for their whole lives. it's incredible."