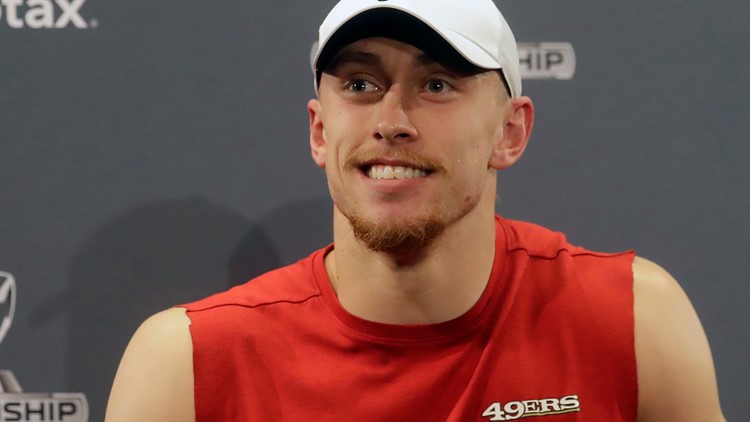 INDIANAPOLIS — The Run Rich Run fundraising campaign for St. Jude Children's Hospital has been going on every year since 2005.  This year, a former Hawkeye got involved.

Every year, NFL Network's Rich Eisen runs a 40-yard dash in his suit to help raise money for St Jude. He encourages other people to take part in it by sending in a video of themselves running their own 40, which could be featured on NFL Network.

This year, former Iowa and current San Francisco 49ers tight end George Kittle was Eisen's hype man for the event, which happened after the NFL Combine.

After Eisen's run, Kittle presented him with a $10,000 check to be donated to St. Jude Children's Hospital.

Watch the video below for the full run and check presentation.

NFL Hall of Fame wide receiver Jerry Rice also made an appearance, giving some tips to Eisen before his run.