Marie Fuller began cleaning up old teddy bears about 15 years ago, because who doesn't like a stuffed animal? Hundreds of bears later, her grandson is now helping. 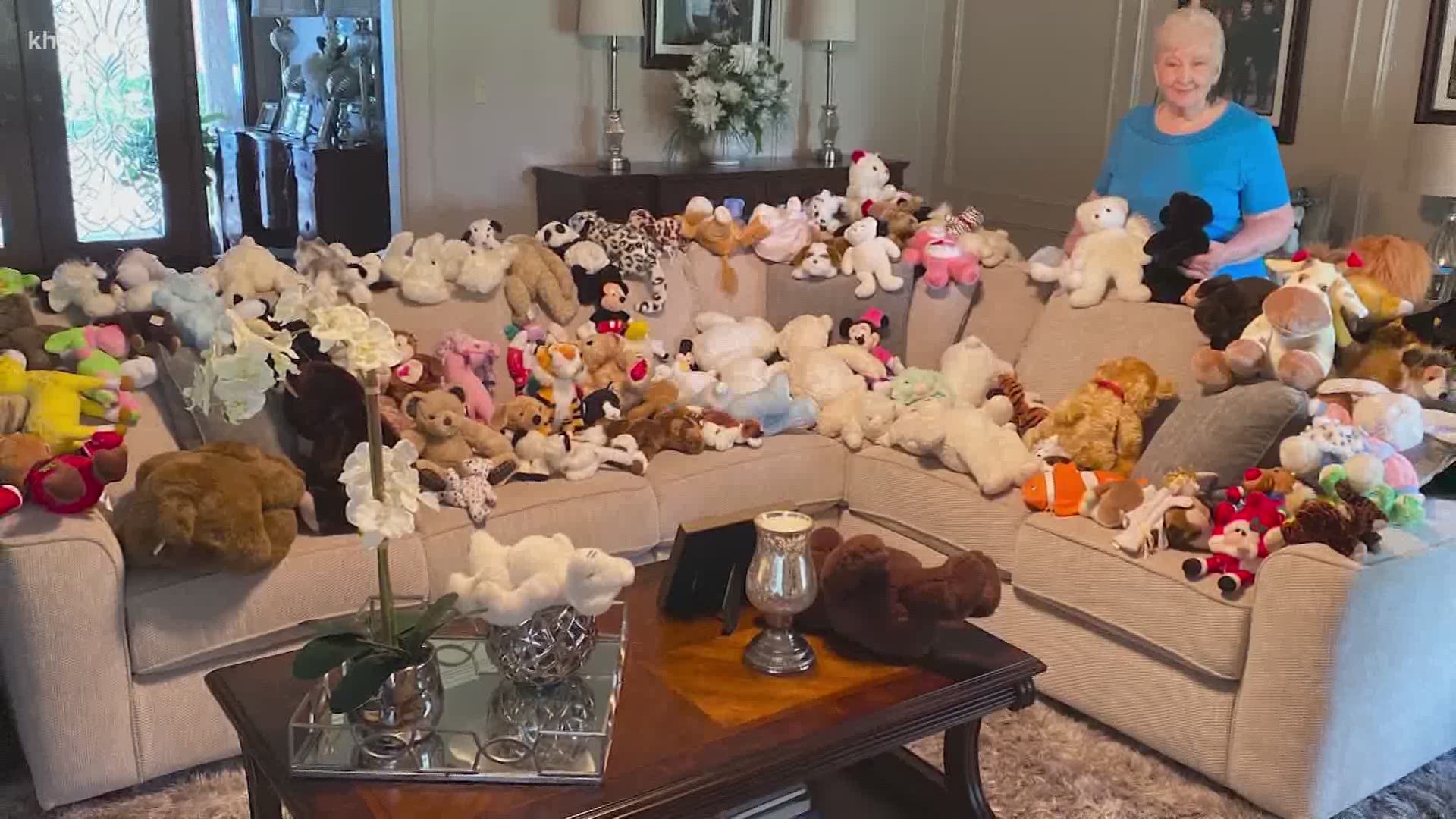 FORT BEND COUNTY, Texas — A good friend can make all the difference. But spending time with our favorite pals right now may not be an option for you or your children. Thank goodness for fairy godmothers -- or sweet grandmas like Marie Fuller.

To say she has a soft spot for stuffed animals is accurate.

"Well, some people have called it my animal rescue," said Fuller of her community service project that's spanned 15 years. "Just about every child loves a teddy bear. And I just want them to go to loving homes. That’s it!"

This summer, her 16-year old grandson, Shane Pellegrino, is helping her out.

A rising junior at Stake Jesuit College Preparatory, Pellegrino needs to do community service this summer.

The pair washed, brushed, dried and stitched up the donated stuff animals. Fuller said the process takes about 30 minutes per bear.

She's given away hundreds of bears to police and fire departments, hospitals and hospice care programs.

As of Monday's giveaway, which was organized by Pellegrino, the high school student's helped to connect an estimated 100 bears with new best friends.

"It brought a big smile to my face, because, like, it’s just such an amazing moment," Pellegrino said.

A big deal, because the pandemic is doing a number on our mental health. Humans need to connect. While a stuffed frog may not replace a person, the four-legged cuties is, "something to hold on to," Fuller said. "Which, by the way, if there are any organizations that would like to have some, I’d be more than happy to give them to them. And by the same token, if people want to get rid of their used stuffed animals, I will take them also."

To connect with Fuller about either receiving a teddy bear or donating an old stuffed animal to her cause, email KHOU 11 reporter Melissa Correa at MCorrea@khou.com.