One week ago Randy would have told you he was an only child. Now he can say he's one of five on his dad's side. 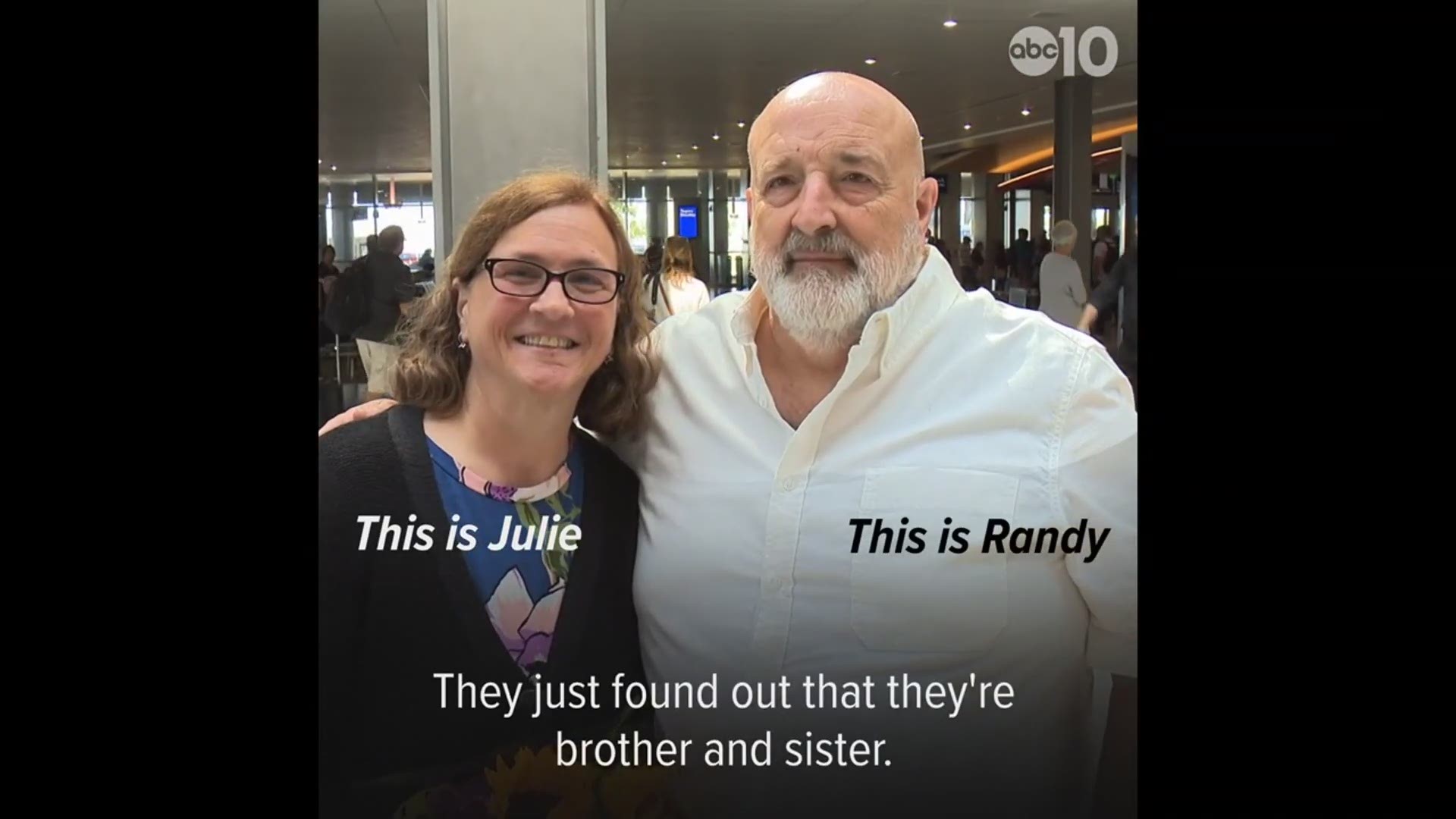 SACRAMENTO, Calif. — One week ago, Randy Hall had no idea that his four half-siblings existed. You see, he didn't grow up with a father, and his mom only told him that his dad had been in the Air Force.

Randy's family story changed this year after he did a DNA test with Ancestry.com and found three brothers and a sister on his dad's side.

"A week ago I found (Julie's brother) and then I found out I had three brothers, a sister, and nieces and nephews," Randy said. "I've been talking to them and getting to know them."

Randy lives in Oregon, but his son Josh lives in the Sacramento area and he reached out to ABC10 after arranging a surprise for his dad in Sacramento.

His newfound sister, Julie Soncrant, would be flying to Sacramento International Airport from Hemet, Calif. to meet him for the first time since they first made contact.

Our camera first spotted Julie on the escalator to baggage claim, where she smiled from ear-to-ear as she set eyes on Randy. After their first embrace, the only kind of introduction you could expect:

Julie: "Good to meet you too, brother!"

Credit: ABC10
Using Ancestry.com DNA testing, Randy was able to find his sister Julie (left) and her three brothers. The half-siblings had no idea about each other until a week before they met at Sacramento International Airport.

"This is the first one of my family members, on my dad's side, that I've ever met," Randy said later, pausing a moment as he choked up with emotion.

"New family," Julie chimed in, putting her arm around him. "And only sister!"

When asked about her big smile when she first spotted Randy, Julie said it was "because he looks like the family!" an older version, she said, of her brother Jay.

Though Julie wasn't able to stay longer than one day, the two had plans to spend the day together with Randy's daughter-in-law and son in Sacramento. They plan to keep in touch, and Randy said he plans to meet with two of his brothers later this year.

WATCH ALSO: Formerly homeless Stockton teen paying it forward to those in need