Lisa Liss and her 'Tolerance Kids' hope the Bandage Project, which honors the 1.5 million children killed in the Holocaust, will bring healing and teach acceptance. 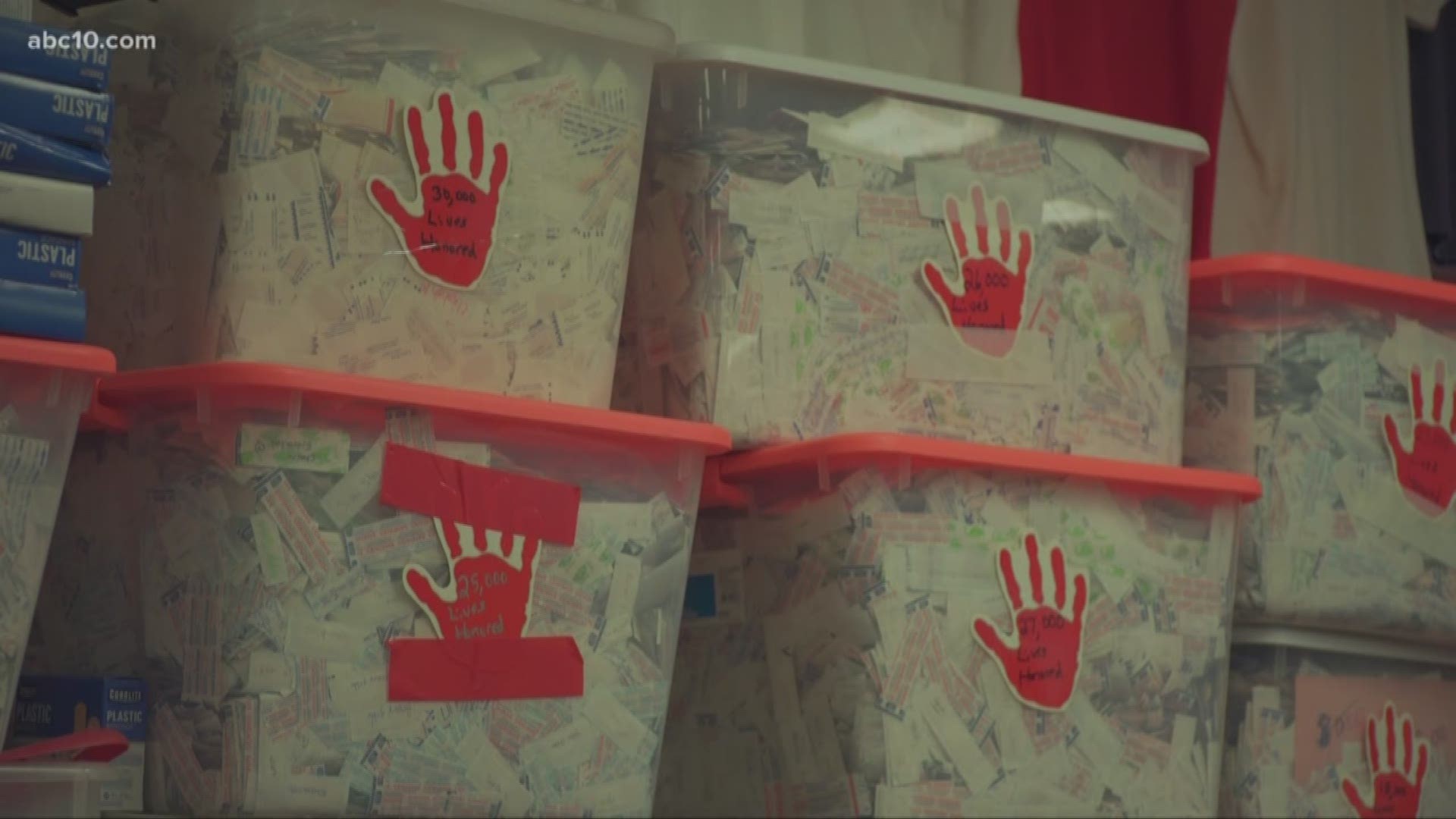 SACRAMENTO, Calif. — Lisa Liss and her students, nicknamed “The Tolerance Kids,” of Woodlake Elementary School have been working on The Bandage Project for 11 years.

"In 2008, my Tolerance Kids wanted a way to represent the 1.5 million children who were murdered during the Holocaust," Liss said. "We decided that bandages would honor children. They come in all shapes, sizes and colors and most of all, heal pain."

The students write the name of a victim on each bandage to honor their short lives.

Through a letter writing campaign from the students, donations have poured in from all over. They have bandages from thirteen different countries, plus all 50 states and Washington DC.

READ ALSO: Teacher battling cancer forced to pay for her own substitute

"Hate hurts. Tolerance heals," is the motto in Ms. Liss' classroom. The students have learned about Anne Frank and the Holocaust, but most especially about tolerance and respect.

Liss is determined not to see the atrocities of the Holocaust, or any other tragedy rooted in hate, repeat itself.

The Bandage Project is nearing completion, and the Tolerance Kids are hoping to get another 200,000 bandages donated before June 5.

It's a lofty goal, but Liss and the students have faith.

“Somehow or the other we are going to get those 200,000 bandages. They’re going to come in," she said. "We’ve come this far. I’m not going to give up. And I’d like to think that there are lots of kids out there who did make it because someone didn’t give up on them too.”

Of the children Liss and the Tolerance Kids are paying tribute to, Liss said, "I just want people to know that they’re not forgotten. Even though they’re not here anymore, somebody remembers them.”

For more information on The Bandage Project and how you can donate, visit their website.

As journalists, we're taught to remain impartial and not insert ourselves into the story. But sometimes, a story hits close to home. ABC10 Producer In Residence Izzy Greenblatt shared her family's story of surviving the Holocaust with the Woodlake students and was able to find her great aunt's name on the list.