Glen Reno isn't able to get around like he used to. To thank the veteran, Home Depot volunteers completely transformed his Irving house. 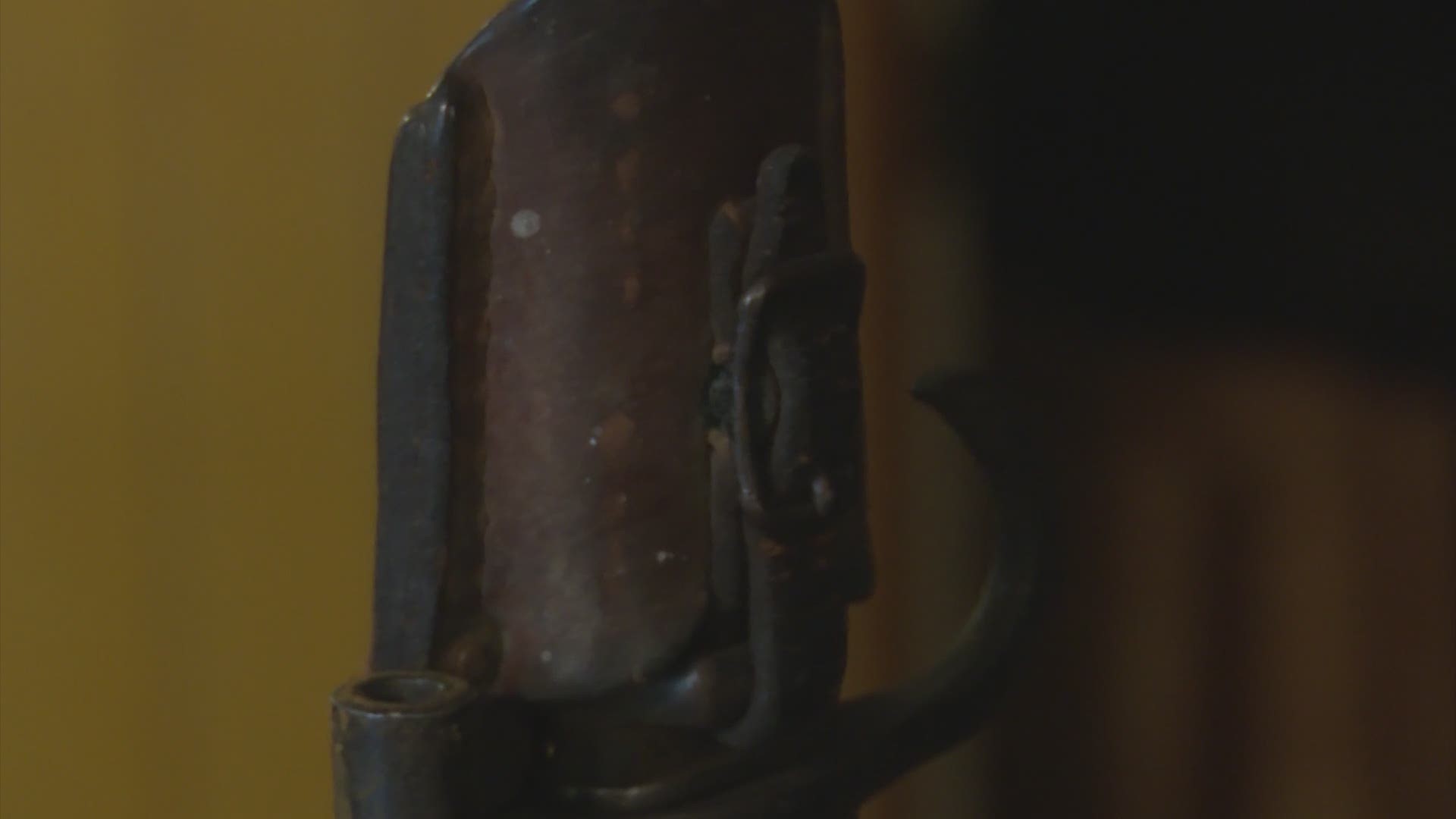 IRVING, Texas — Glen Reno has always been someone who gets the job done. The U.S. Navy drafted the Irving native straight out of high school, and he served during World War II.

"Five years, 11 months and 23 days," Reno said, remembering exactly how long he was in the military.

Now Reno is 92 years old, still wanting to take care of himself and his home. But since his wife died seven years ago, it's not as easy as it used to be.

"I've had two bypass surgeries and seven or eight stints," Reno said. "I have a defibrillator. I don't have the strength and the get-up-and-go like when I was younger."

That's why Home Depot stepped in.

From Sept. 11 until Veteran's Day on Nov. 11, the company is partnering with The Mended Network to transform veterans' homes across the country as a part of its "Celebration of Service" program.

Reno needed help outside his house.

The Home Depot volunteers refreshed his landscaping, cleaned up his front and back yards, painted the trim on the house and gave him new equipment including a lawnmower, grill and patio set.

Credit: Jay Wallis
Home Depot volunteers work on a flowerbed for 92-year-old Glen Reno, who served in the Navy during World War II.

According to the U.S. Department of Veterans Affairs statistics, 496,777 of the 16 million Americans who served in World War II are still alive in 2018. That's only a little more than 3 percent.

Several of the volunteers felt called to help Thursday, especially the ones who are also veterans.

Carlos Miranda's father was a soldier for 28 years.

The men said it was a privilege to help revitalize Reno's home.

"It's important that we give back as much as we can even though they expect nothing from us," Miranda said.

And Miranda is right. Reno only expected these volunteers to "mow the lawn" and "plant a flower or two." When he saw the finished product Thursday afternoon, he said he was blown away.

Irving is included in the Home Depot region that covers Texas, Arkansas, New Mexico and Oklahoma. By the time the "Celebration of Service" program is done, the company expects to have helped 1,000 veterans with their homes.

RELATED: Raising money for our heroes: Dallas man will walk 100 miles in 36-hours