Heroes come in all shapes and sizes. Brian Pierce's hero is his 8-year-old daughter, who he says saved him after he was shot. 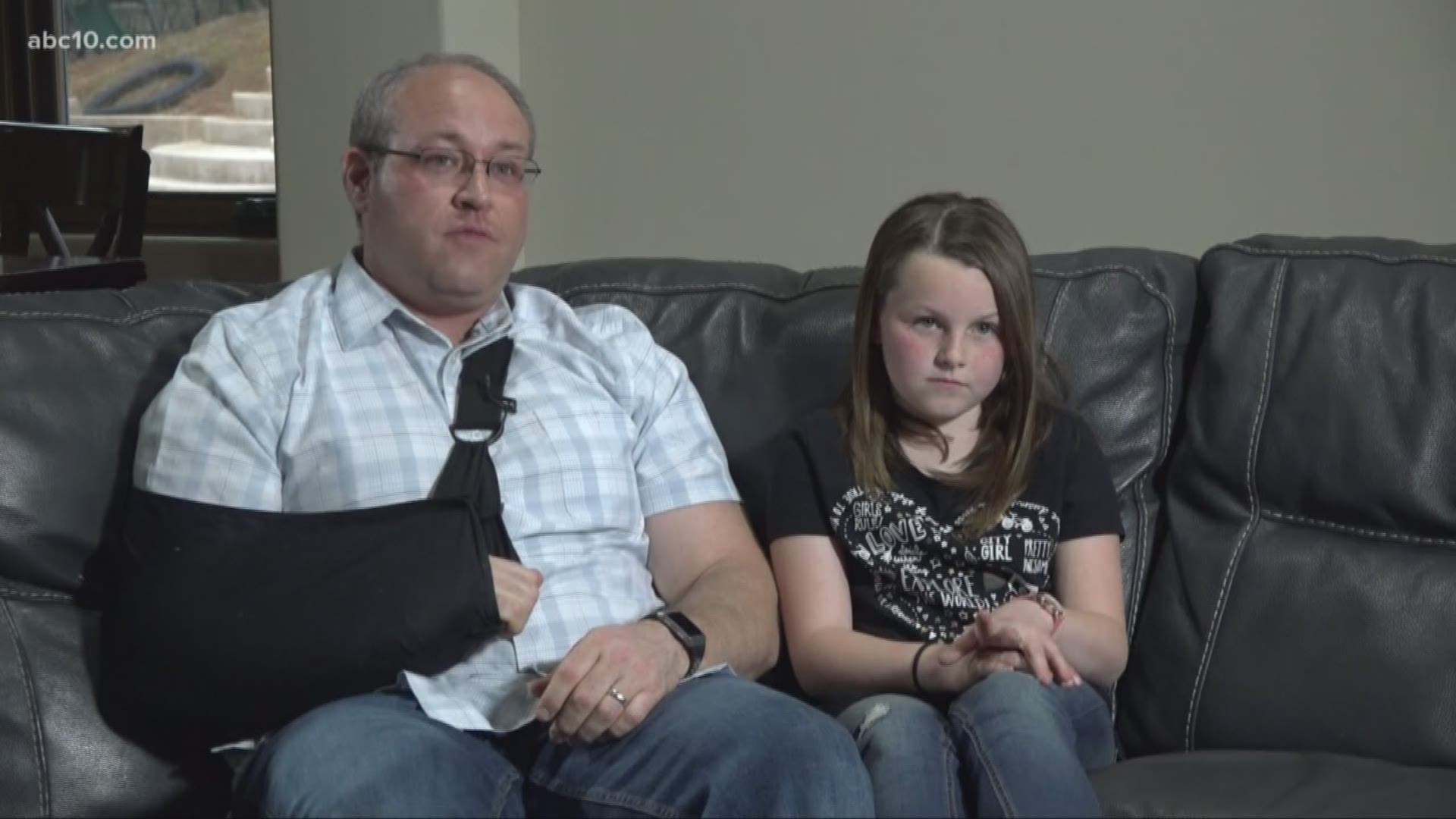 PLACER COUNTY, Calif. — Brian Pierce had just picked his 8-year-old daughter up from basketball practice when he was struck in the shoulder by a bullet on Jan. 15.

“And I said I’m OK but I’m hurt, I need you to hold this here,” Pierce said. “I had a sweat band from the gym and I gave it to her and she just held it on.”

His daughter, Isabelle, held onto his wound while he raced to a local fire department for help. She told ABC10 that whole time, she was praying.

"I was praying for like, would he be OK, what will happen after, will I be ok, will we make it to the fire station," Isabelle said.

Pierce said his daughter, is his hero.

“Every doctor, every nurse that works in trauma said that your super lucky to be alive,” Brian Pierce said. “And more than luck I feel just extremely blessed.”

At the time of the shooting, Pierce and Isabelle had no idea what was going on. They later found out that they were just two people involved in a deadly shooting spree that spanned seven locations across Placer County.

The shooter, who Placer County Sheriff's Deputies identified as Stanley Stepanski of Montana, was killed by deputies.

Stepanski shot and killed a 93-year-old woman, a K9 officer and a driver, according to deputies. Police have not yet released what led to the shooting spree.

Though still he's still wearing a sling on his right arm, Brian Pierce is expected to make a full recovery.

He says during the shooting, his wife and six kids were on his mind.

And the K9 officer who was shot that day? He's expected to be OK, too. Watch below for an interview with K9 Eros and his handler Kevin Thompson.

The Placer County Sheriff's Department shared an encouraging update about K9 Eros, who was shot on Jan. 15 while on duty. The department says he's gone through surgery and is expected to make a full recovery. In a Facebook video shared by Daniela Pardo, Eros' partner said it's still not clear if Eros will be retired after he recovers.