Lost cat to be reunited with owner after 3 years

It's a purr-fect homecoming for Simba the cat, set in motion by the kindness of strangers. 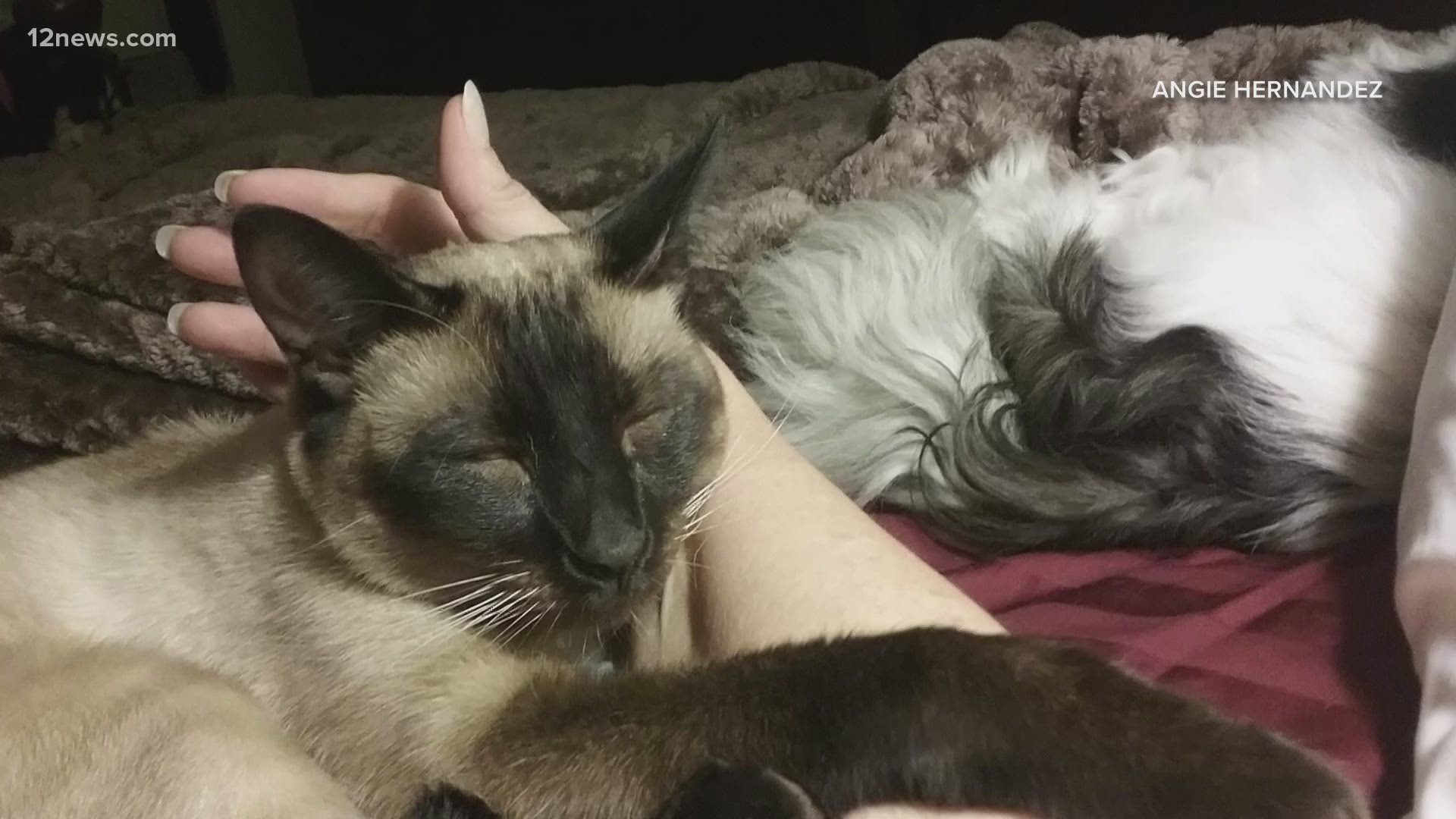 PHOENIX — They say home is where the heart is. And for the past three years, Angie Hernandez’s heart has been broken.

"It’s unreal what stress and sadness will do to you," Angie says.

She was living in Tucson back in 2017 when her cat Simba ran off into the desert. She searched and searched, but had no luck.

"All I could think about was that my cat was going to be eaten alive," she remembers.

What’s worse, she says, is that her son passed away in the same house.  By 2018, she’d had enough pain and decided to move back to Kentucky, her home state.

"I just felt like with my son, part of me is missing and I feel like part of me has been missing with Simba, too."

But this July, she got a phone call from the microchip company that chipped Simba.

Disbelief turned to delight, but then turned to disappointment when she realized she just couldn’t afford to get back to Arizona to pick up Simba.  She spent weeks searching for a solution.

"I almost gave up," she admits.

But then her husband encouraged her to try again and she made one more post on Facebook that would soon litter her inbox with love.

"Gosh, you don’t know how grateful I am," she says.

In a group called Arizona Rescue, Angie says dozens of people connected with her, offering advice. She even found people willing to travel with Simba to ensure he gets from Tucson to Kentucky.

"I’m crying right now because I’m happy," Angie says in an interview Sunday. "But it’s like a load has been lifted."

Simba is already on his way to get home to Angie.  She says he was picked up from Tucson Saturday and will be moved to Mesa next week. From there, Simba will be flying right to Kentucky.

"It’s just unbelievable," Angie says, anxiously awaiting the reunion that's been three years in the making. "Thank you is not enough."