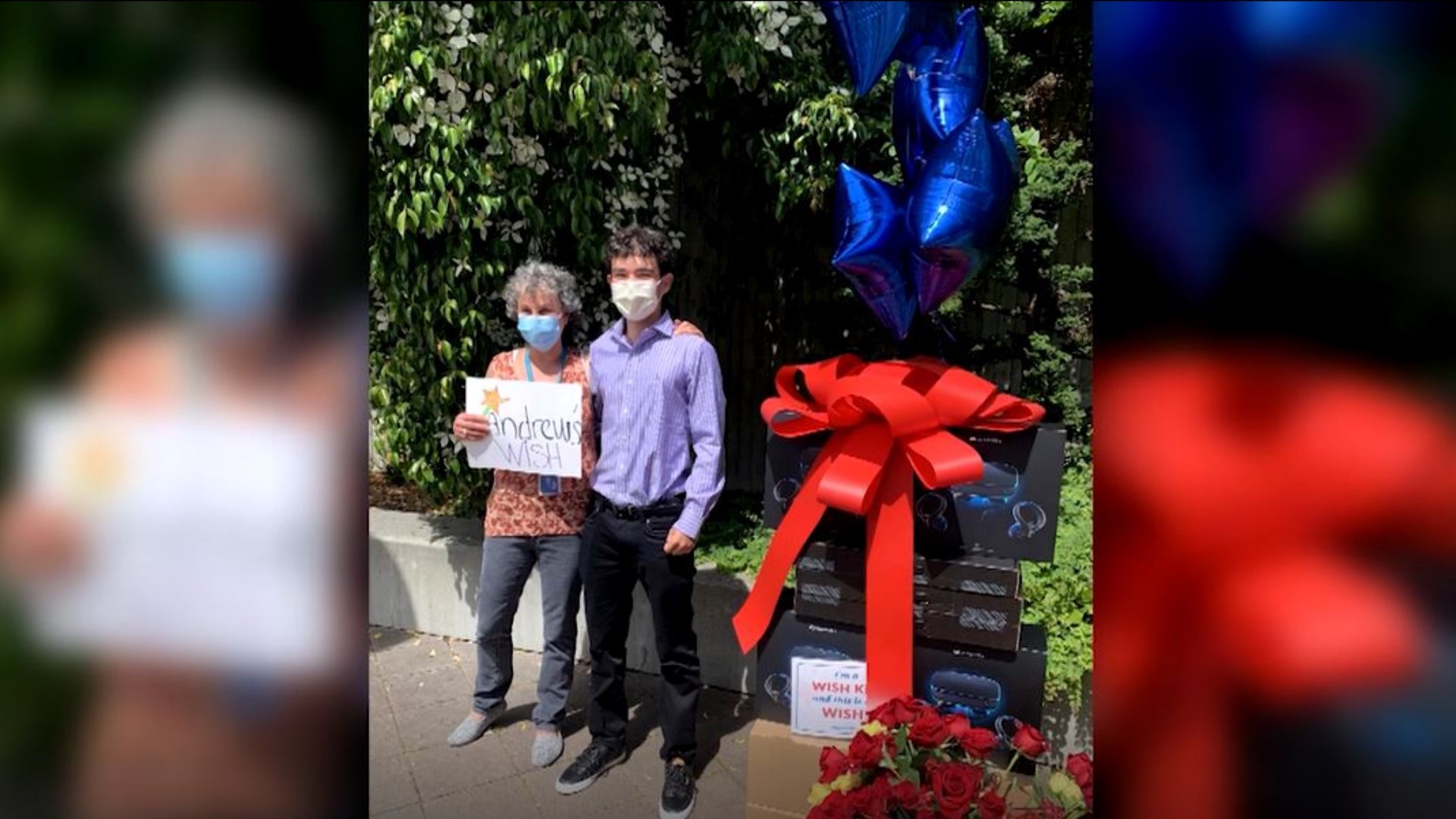 SEATTLE, Wash. — When 17 year old Andrew Darnell considered how to use his one wish through Make A Wish Alaska Washington, he had more than a few ideas.

But ultimately, he landed on the decision to pay it forward. He wished for virtual reality headsets for cancer patients at Seattle Children's Hospital.

Andrew says the technology helped him escape and manage some painful moments during his treatment for Stage 4 Hodgkin's Lymphoma.

"I didn't realize what was going on and that was really nice.  It was nice to be able to sit and be somewhere you're not," explains Andrew.

To make his wish come true, Oculus donated eight virtual reality headsets; and the Bungie foundation purchased the laptops to power the headsets.

"It was a blessing and I don't know how I'm going to forget it," says Andrew.

"I just hope they can make one more kid happy. even just one more kid. I hope it makes their life easier in some way.  I hope they have something to look forward to."

Andrew's family said his decision to use his wish to give isn't out of character.

"He's always been very thoughtful and always thinking of others before him. So when he told me he wanted to do that, I thought, yep, you're just following same path as before." said Andrew's mom Mariela Perez.

"I knew if I didn't do this, I'd regret it for the rest of my life.  Giving is a big thing for me and I try to give what I receive, explained Andrew.

This fall, he plans to attend Northern Michigan University to pursue a degree in medicinal plant chemistry.  As for his cancer, it is in remission.

If you would like to support virtual reality at Seattle Children's, they are seeking gaming volunteers, who would come into the hospital and engage with the kids and the technology.  It's on hold because of COVID-19, but plans are to bring the volunteers back when it's safe.