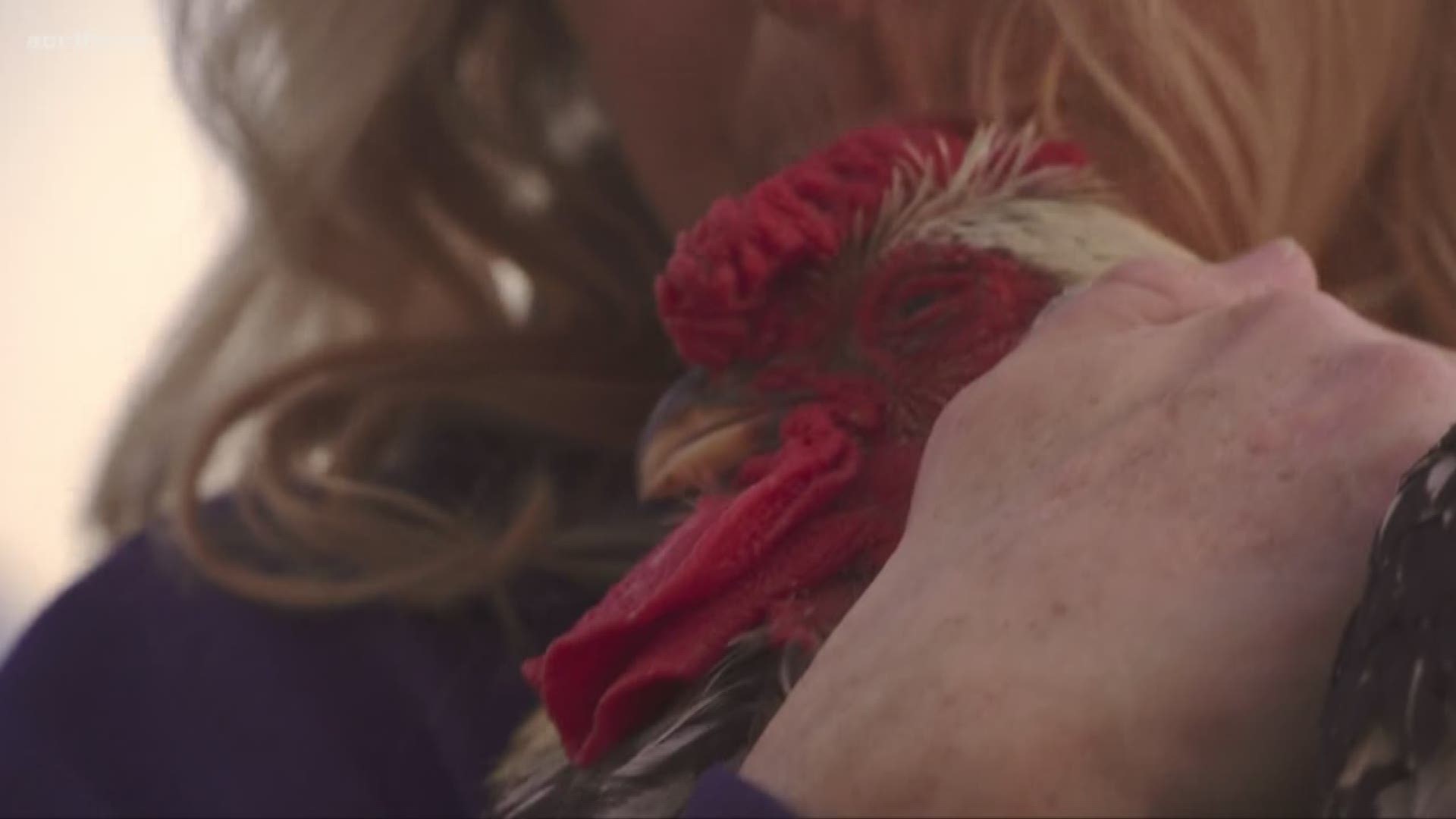 VACAVILLE, Calif. — Darcy Smith runs Funky Chicken rescue in Vacaville. The rescue is actually named after a chicken she rescued from the Sacramento SPCA in 2017.

Smith is currently taking care of chickens that survived the Camp Fire. She calls them her "miracle chickens."

"The coop ended up burning down, as did the family's home. And the chickens survived," Smith said. "Not only did they survive the fire, but they survived in the elements, with predators, for over a week."

RELATED: Dog waited weeks at the site of burned down Camp Fire home for family to return

One of their miracle chickens is "Belinda." They ordered a chicken wheelchair from Australia to help her stand and eat.

"Belinda had her feet badly burned on both of them," Smith said. "Her left leg is the worst that's burned, so she's gonna [lose] all of her toes. They will unfortunately fall off."

Belinda is also getting special treatment and recovering inside their home.

Smith's love for chickens started with Funky, and now they have more than 150 chickens with a large following on Facebook. Her page has more than 10,000 likes.

"We get donations from all around the world," Smith said. "Australia, New Zealand, Ireland. We have a lot of followers from other countries."

Smith said the chickens are their pets and like family.

"We will not eat them," Smith said. "Chickens have their own personalities, like cats and dogs do. They're very smart, smarter than a lot of animals, and I don't think a lot of people realize how wonderful they are."