Zahab Kamal Khan had been growing her hair out for 17 years before she decided to chop it off. 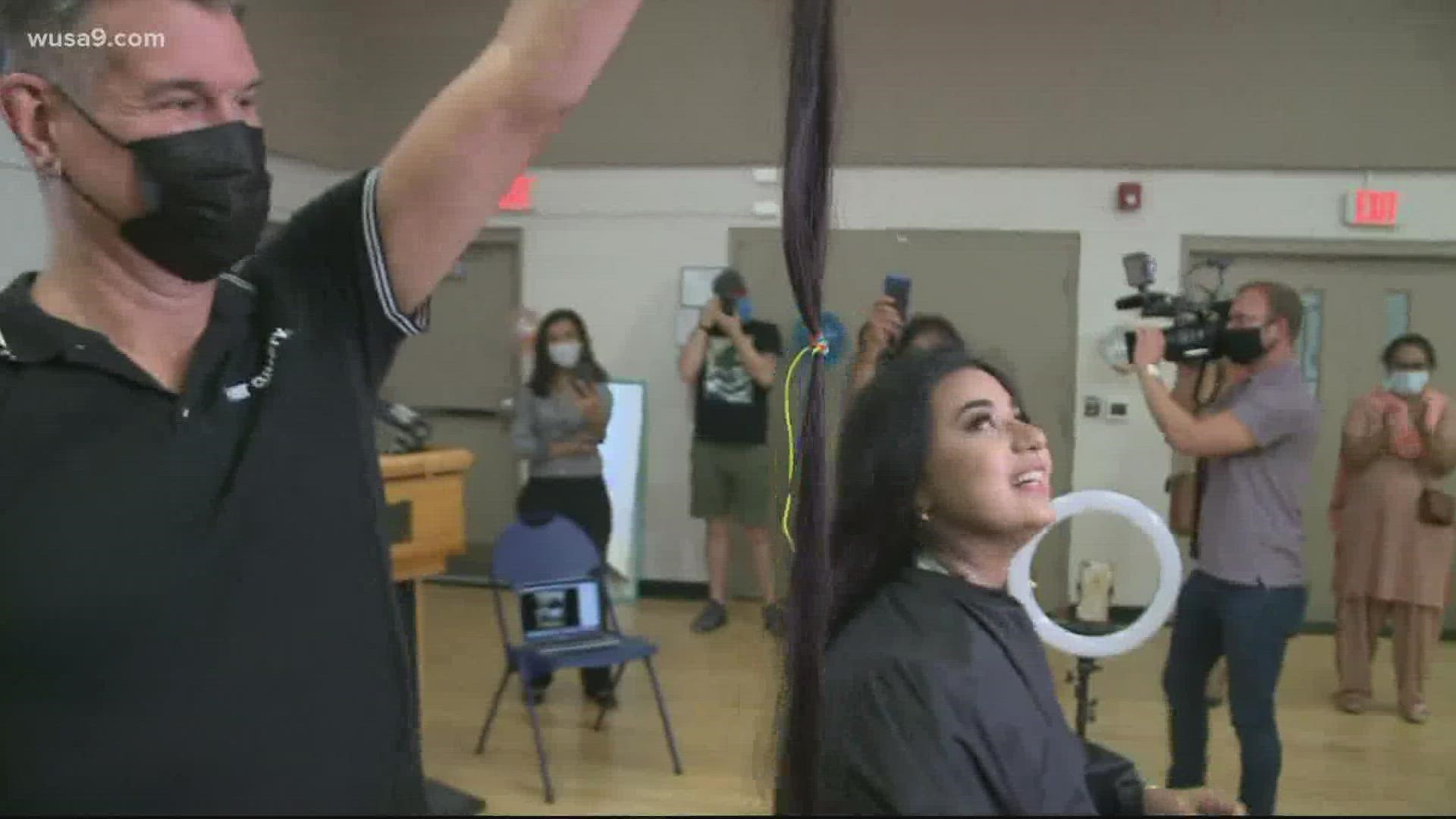 Zahab Kamal Khan has been growing her hair for the past 17 years! It all began when her dad suggested the then-13-year-old grow out her hair. At the time, Zahab's hair was only halfway down her back. He said long hair would make her stand out, and maybe get her in the Guinness Book of World Records.

Fast forward 17 years and her hair was six feet and three inches long. On Thursday, she had 61 inches cut off.

That alone wasn't quite enough to get her the world record, but she's donating her hair to a group called Children with Hair Loss. They provide wigs to kids who need them. With that, she's expecting to be a world-record holder for a new category: Most hair donated to a charity by an individual.

Zahab also used the event to promote her own charity, the Zahab Neha Foundation, which helps poor children in Karachi, Pakistan, afford schooling and sports activities.

Be sure to subscribe to the Get Up DC newsletter, where we'll be sharing an uplifting story every morning as well.