The cabin is located on Koyukon Drive, less than a mile from the Caldor Fire and from a fire line crews have been working tirelessly to fortify along Pioneer Trail. 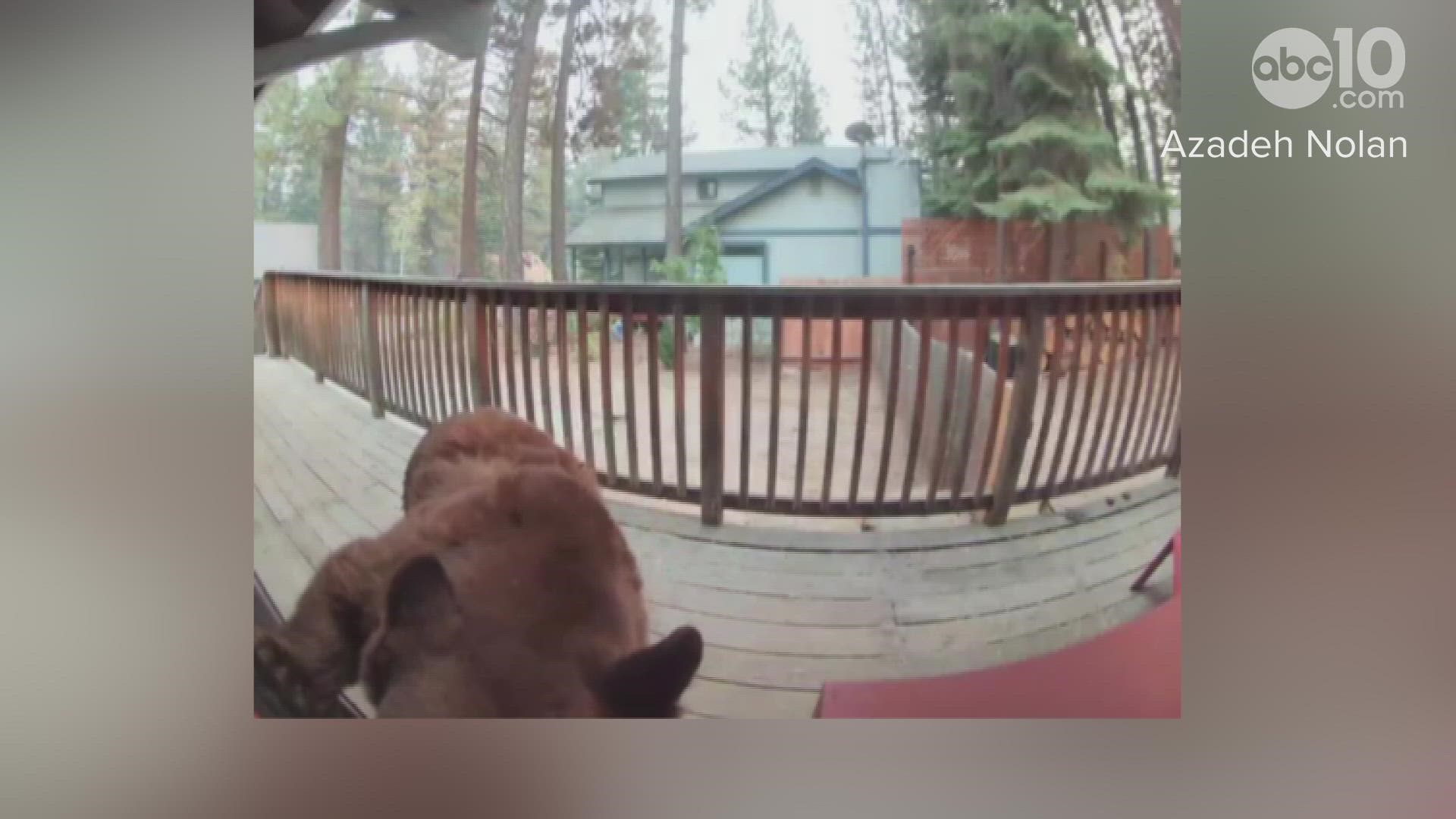 SOUTH LAKE TAHOE, Calif. — A California family said they were exhilarated after some unexpected visitors dropped by their South Lake Tahoe cabin on Thursday.

Azadeh Nolan owns a cabin in South Lake Tahoe. Around 5:20 p.m. on Thursday, she and her kids were thrilled when the cabin's doorbell camera captured FOUR bears -- a mother and three cubs -- stopping by for a visit.

Two of the bears, as if aware they were on camera, look directly into the lens.

"It was exhilarating, joyful. And in a time where we're all in horror and feel scared, my kids were there too, so we were all just so excited and happy to see that in our neighborhood," Nolan said.

Nolan said she hopes the video will bring a little joy to others during this difficult time.

"It seemed like mama bear and her cubs were doing well. So it was just exhilarating and joyful," she said.

Nolan's cabin is located on Koyukon Drive, less than a mile from the Caldor Fire and from a fire line crews have been working tirelessly to fortify along Pioneer Trail, directly south of South Lake Tahoe city proper.

According to the latest figures from Cal Fire, the Caldor Fire has burned 212,907 acres and is 29% contained, as of 7 a.m. on Sept. 3. It has destroyed more than 700 structures including 661 homes. Nearly 32,000 structures remain in the threat area. The cause of the fire has not yet been determined.

Although fire crews say they're steadily carving out fire lines and making progress as gusty winds ease, fire danger continues because of extremely dry weather and a warming trend expected over the weekend.

"The firefighters are the heroes here that are keeping the wildlife safe and everyone’s homes and businesses, so I couldn’t be more grateful and I’d love to just give them a huge shoutout for that," Nolan said.