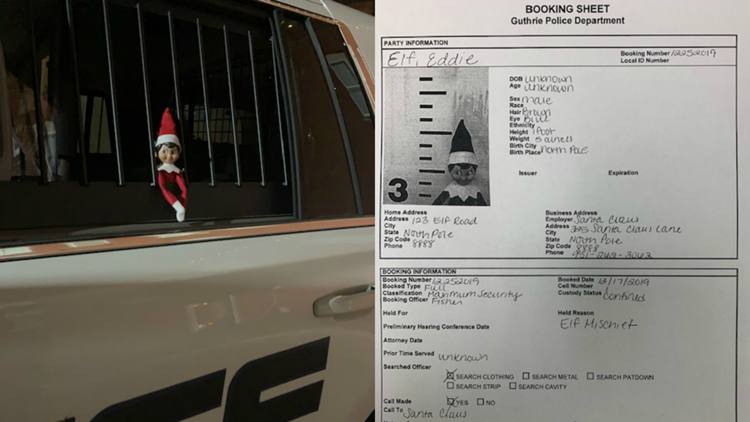 Elf on the Shelf 'arrested' for blasting Christmas music, drinking too much eggnog

GUTHRIE, Okla. — Sure, he’s cute – and the kids love him – but police say the Elf on the Shelf was really up to no good late Monday night.

Officers arrested Eddie the Elf at a nursing home in Guthrie, Okla.

They say he was blasting “Grandma Got Run Over By A Reindeer” on all the radios and appeared to be well over the legal eggnog limit.

According to a police department Facebook post, the elf’s mischievous antics began earlier in the night. He’s accused of stealing tinsel, shorting out single bulbs on long strings of Christmas lights and replacing bottles of water with snowman urine.

Guthrie police say bail was set at 300 candy canes, and the Elf on the Shelf will be placed on the naughty list for at least a year.

RELATED: Some parents prefer 'Kindness Elf' over 'Elf on the Shelf'