The soldier's kids and wife were sitting with Santa when he sprung the surprise - and it was all caught on camera! 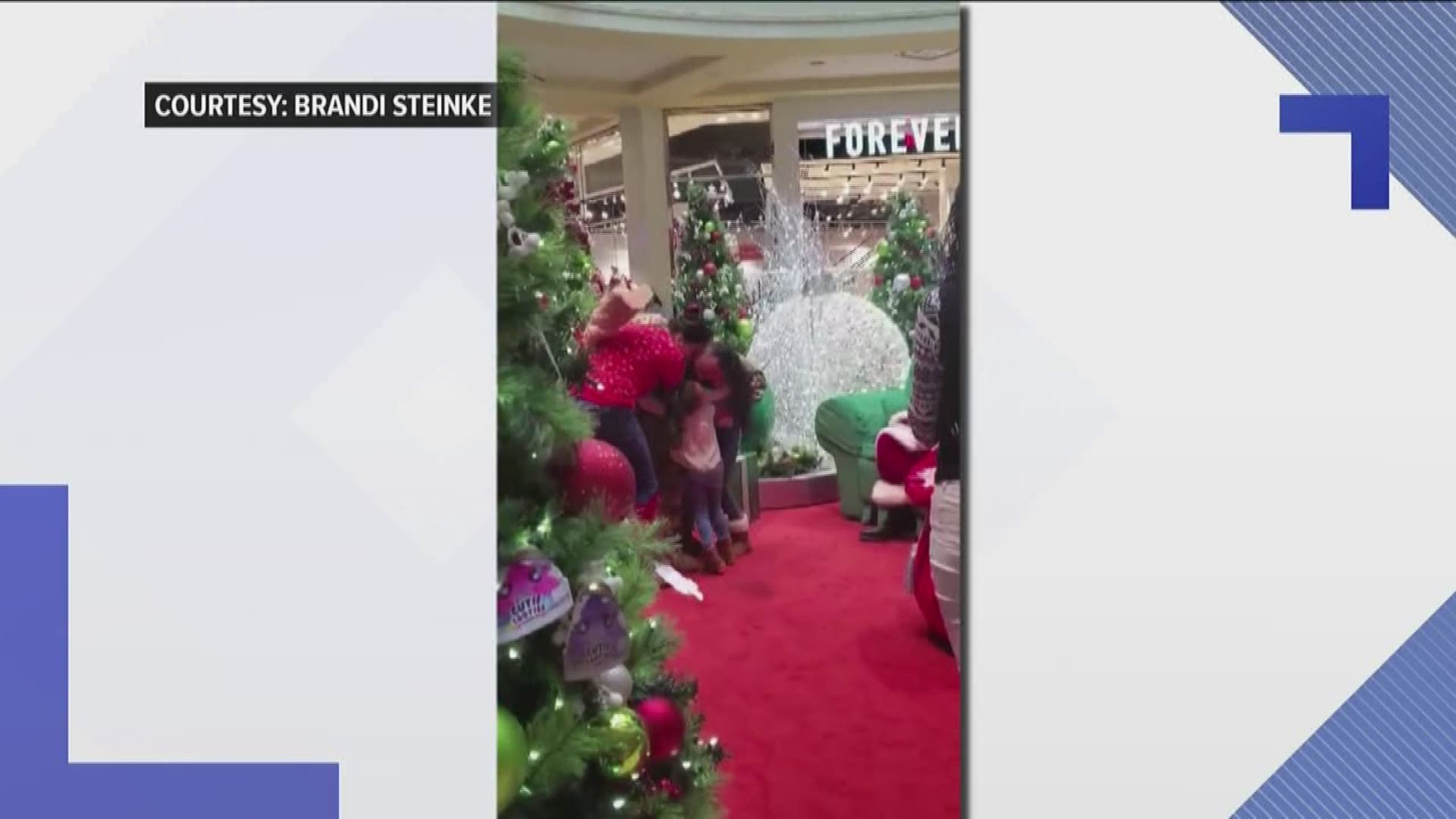 BUFORD, Ga. — It can always be tough for military families around the holidays when they have to be separated from the ones they love. But that thankfully won't be the case for one Georgia family who got a sweet surprise just days before Christmas - and it turns out, Santa was in on it!

11Alive viewer Brandi Steinke witnessed the touching moment and caught it all on camera.

Steinke said she was standing in line with her kids to see Santa at the Mall of Georgia in Buford, Saturday. She said when it was her kids' turn to see Santa, someone walked up to her to apologize, and said it would be a few minutes, because a soldier's homecoming surprise.

"I said 'of course take your time!'" Steinke told 11Alive.

She was able to record the magical moment that unfolded with a round of applause, which she said left many people with tears in their eyes when the soldier's wife and kids went running up to him.

Steinke said the solider had been deployed for a year and had no idea he had been cleared to come home for Christmas. She said while the moment was special, it comes with a sobering reminder.

"Thank a soldier for their service this holiday season" she reminded. "So many families wont have their loved ones home, or get a tragic phone call they'll never be home again."

California church to pay off $5.3M in family medical bills