Jen Smiley and her sister try and get holiday photos of the boys every year. It's always an adventure. 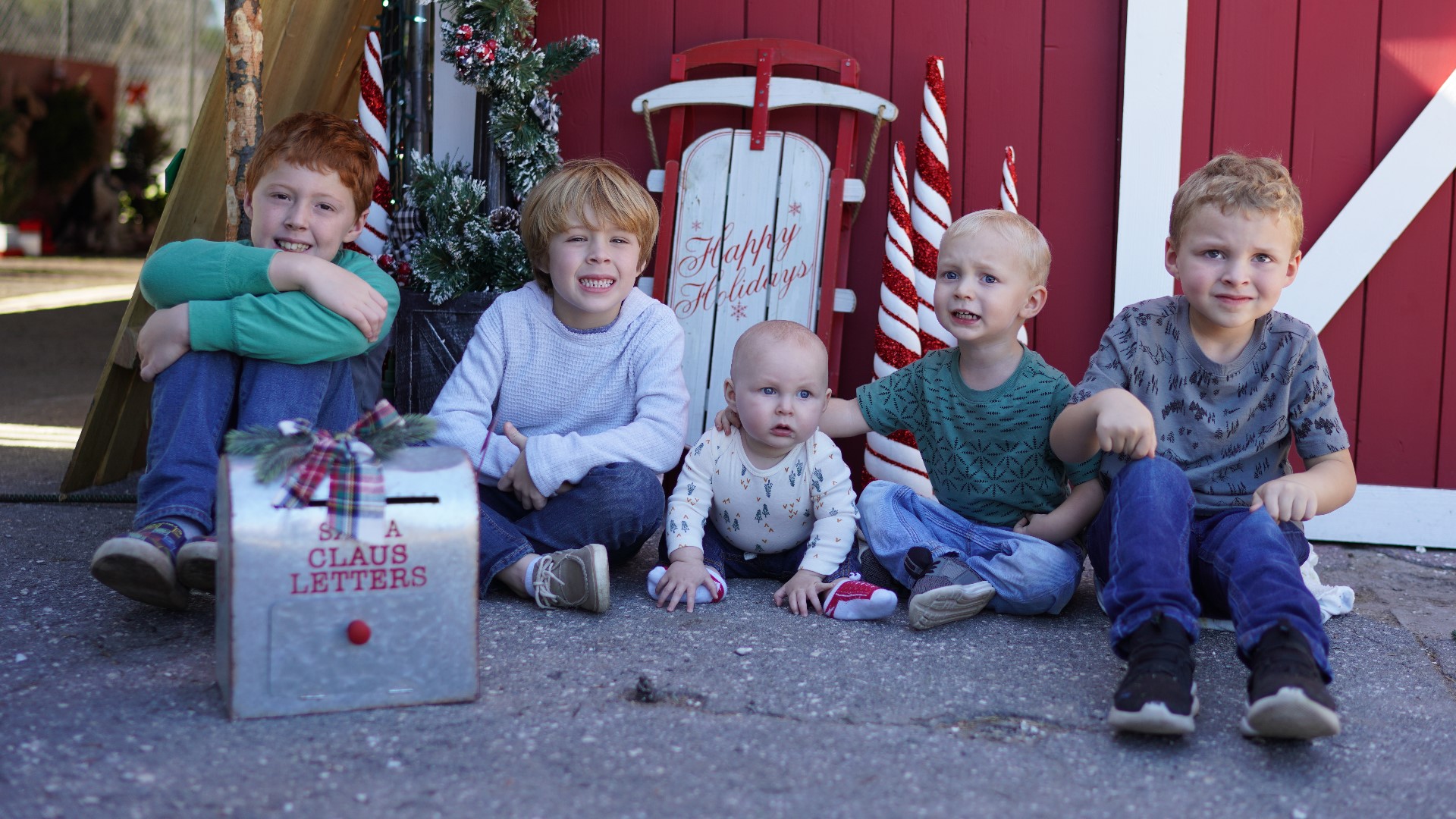 ST. PETERSBURG, Fla. — Parents, you've been here before. You'll do anything to get that perfect holiday photo of your kids.

It's never easy. In fact, it's a production and usually requires some bribing and Photoshopping.

We found Jen Smiley and her sister at Gallagher's Pumpkins and Christmas Trees in St. Petersburg on Thanksgiving morning. They brought their five little boys there to get the perfect holiday photo.

"We were trying to get a photo of all of our boys. We try every year and it doesn’t always work," Smiley said.

This year, they added another boy to the cousin crew. A total of five kids, 8-year-old Mason, 5-year-old Luke, 4-year-old Arlo, 2-year-old Rory and 6-month-old Knox together in one perfect holiday photo.

First, they set up against the vintage pick-up truck. Totally adorable and has plenty of natural light! A perfect backdrop for the little guys, right?

Wrong. Way too much natural light.

"The sun was in their eyes, so they were squinting and unhappy about that," Smiley said.

That Florida sun isn't always our friend when we're trying to capture a winter vibe. Smiley and her sister ended up throwing adult sunglasses on the kids and told them to close their eyes.

Next, let's try the couch. Totally shaded and comfy!

The problem: have you ever met a toddler who sits on a couch? Come on, mom! Couches are for climbing.

"Then some got hungry and thirsty because it’s almost 80 degrees," Smiley said.

At this point the baby was crying, the kids were sweating, and dad was asking for a drink.

A few more backdrops later, a dozen or so fake smiles, and they got it! At least one that will do.

Happy holidays — and good luck to all the families and photographers this season trying to capture that perfect picture! 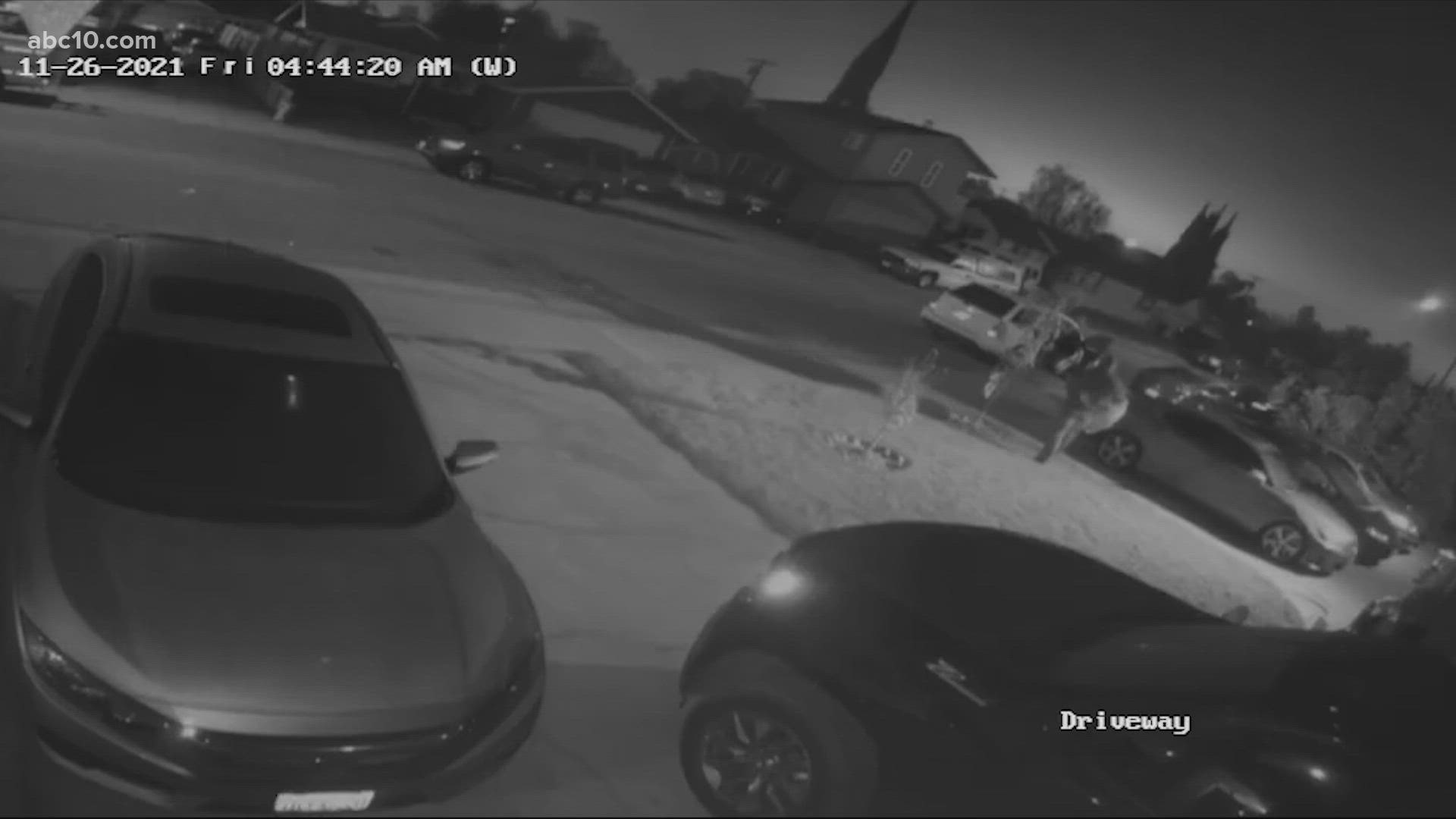