Experts say video chatting before a face-to-face meeting is a dating trend that is here to stay. 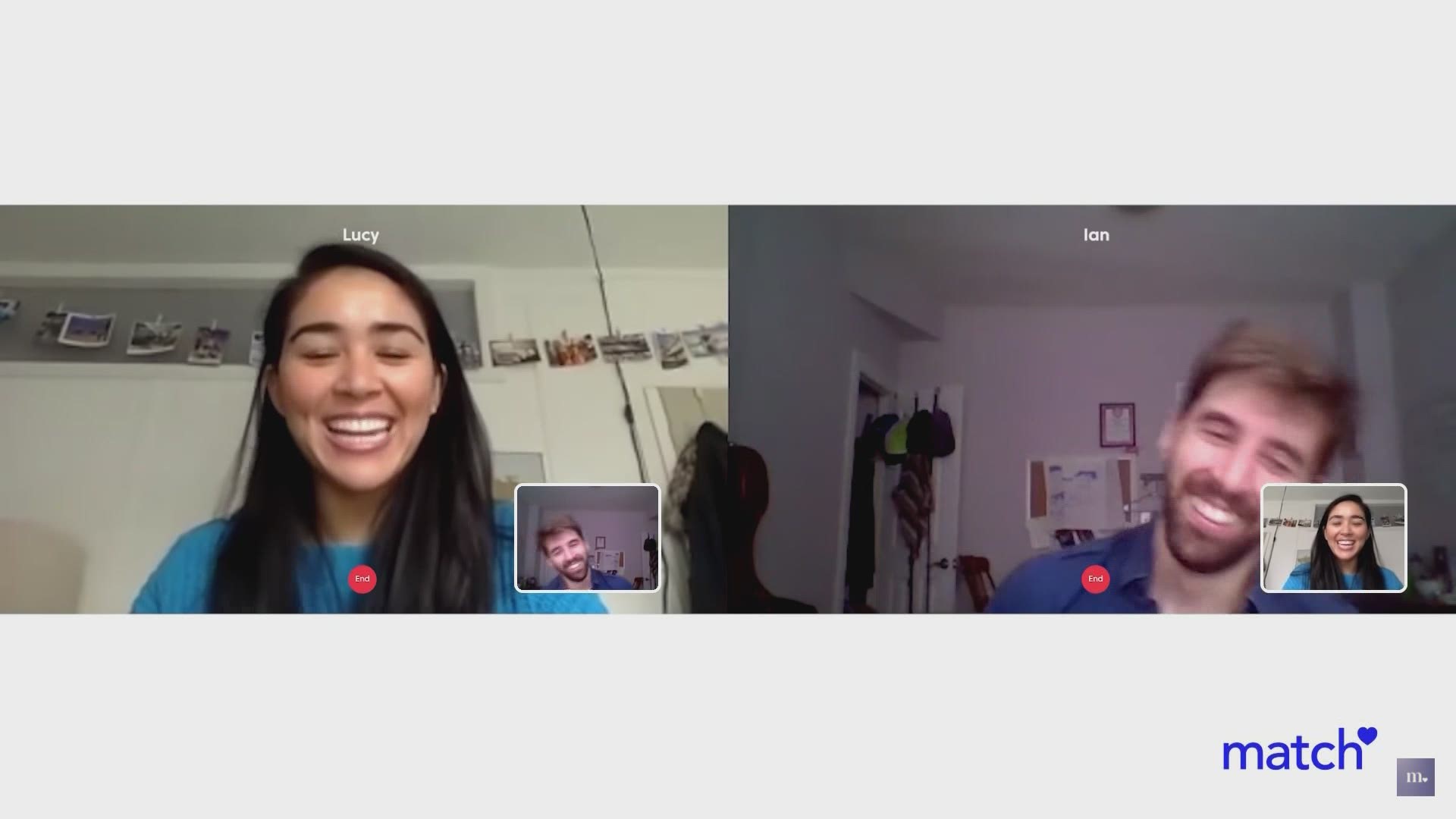 DALLAS — When the entire world went virtual, dating did too.

About 20 percent of all the single people they surveyed tried video dating in 2020.

More than half – 56 percent – said they felt romantic chemistry during a video chat.

A large majority, 68 percent, said they used it to determine if they wanted to meet someone in person.

RELATED: Pandemic precautions have singles taking a ‘back to basics’ approach to dating

A year has now passed since COVID-19 first entered our world.

Cases are dropping, vaccinations are increasing, and restrictions are beginning to ease, but Match’s Chief Dating Expert Rachel DeAlto thinks video chatting might be a lasting mark COVID has left on the dating landscape.

“Before COVID, nobody wanted to be on video before a date,” DeAlto said.

“Now it’s definitely become a norm where you can say, ‘Hey, let’s jump on Facetime,’ or do a vibe check if you’re on the Match app or go on a Zoom. People are using it as a vetting process.”

DeAlto said she thinks video chatting will continue because it helps people figure out rather quickly if there is a romantic connection.

Yebra hosts The Pitch, a dating show on YouTube.

She is also CEO of Vouch, a dating app.

“I say don’t waste a cute outfit and a good hair day on a bad date, so why not use video and messaging and spend a little more time getting to know one another?” she said.

RELATED: Dating during a pandemic: Hooking up is out, video chats are in

Yebra said usage of Vouch spiked as the pandemic raged on, and now she’s seeing a new trend on users’ profiles.

“We’ve got a great photo of a dater and we’ve got their bio and the people that vouch for them, but we’re also starting to see people’s vaccination status,” Yebra said. “They’re saying whether they’re vaccinated or not.”

Now that COVID restrictions have been lifted in Texas it is possible for in-person dating to look the same way it did before the pandemic began.

DeAlto said she counsels people to be honest and unapologetically open about what they are comfortable with.

“There’s room for a lot of empathy right now, and the right people are going to respond being considerate of your feelings,” DeAlto said.

She said people might feel anxiety as they begin to venture out after what could have been 12 months away from the dating scene.

“If you are going on a date for the first time in a year or however long it’s been, do something really kind for yourself that day to get you in that mindset and remember, ‘Oh, this is going to be fun.”

RELATED: #UpWithHer: From the ER to entrepreneur, this Dallas woman wants to help others learn how to pitch