Bob Sportal bought the old truck in his 20s and drove it to work every day until he retired. 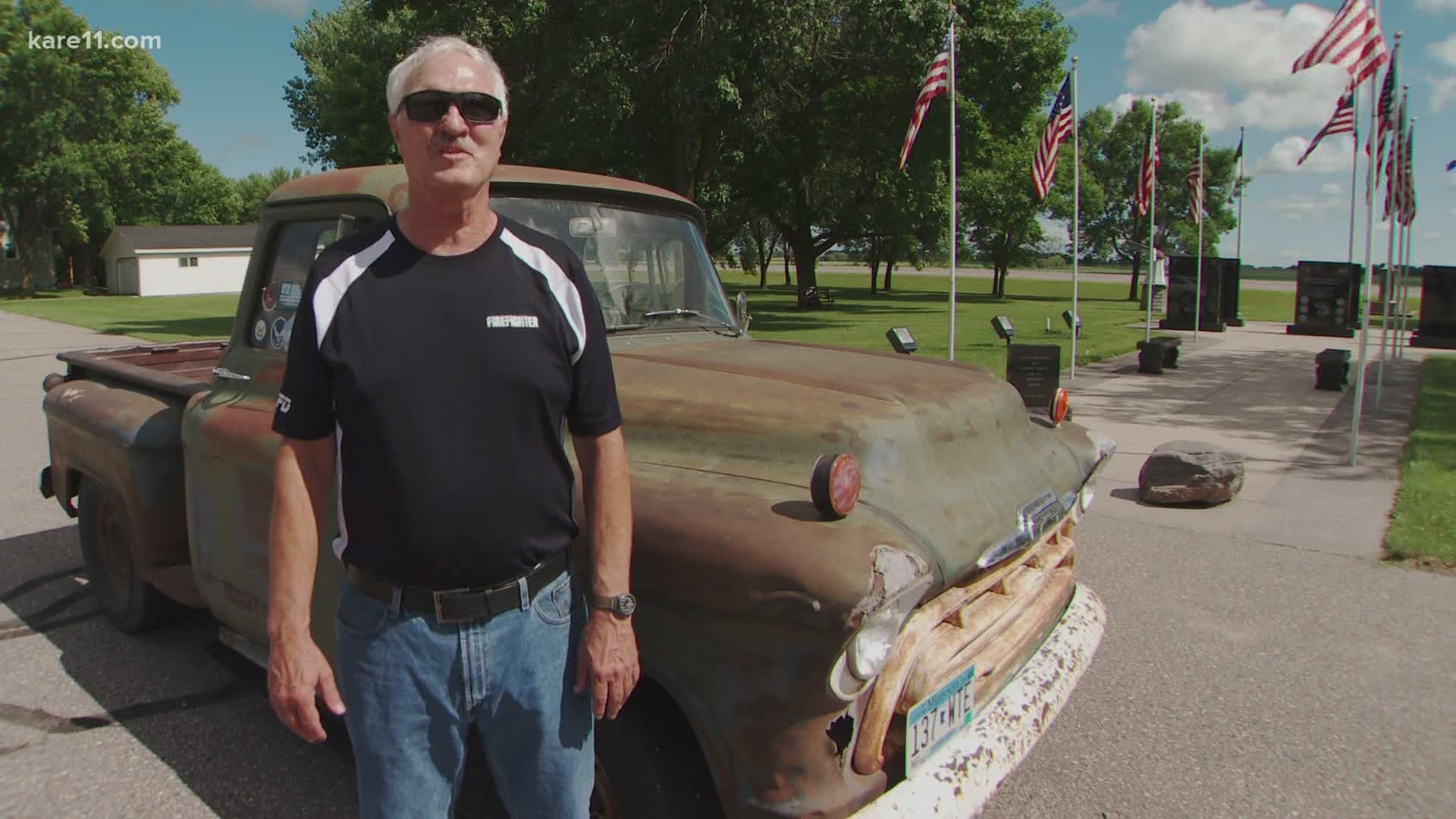 After 44 years, a Minnesota man has parted with his famous truck.

Last week, Bob Sportal handed over the worn key of his ’57 Chevy pickup to a new owner: the grandson of the man he bought it from.

“It’s served its purpose for me and it’s time for somebody else to get some enjoyment out of it,” the Prinsburg retiree said.

Bob and his rough-around-the-edges truck were featured in a 2015 Land of 10,000 stories segment viewed millions of times online.

While in his early 20s, Bob had purchased the truck from a retiring farmer for $75. He used the pickup to drive to and from his job at the Prinsburg grain elevator.

Five-and-a-half years later, Bob could still be heard rumbling through Prinsburg in his truck, its seat upholstered in duct tape, its body panels a Swiss cheese of rust holes.

But no longer. The truck will be spending its days in Willmar now, after Bob sold it to Tom Leenstra, grandson of the late John VanDerVeen who sold the truck 44 years ago to Bob.

“It's like riding with my Grandpa again,” Tom said. For years Tom has been pestering Bob about selling the truck.

Bob’s wife, Kathy, did her share of pestering too.

“I usually hear it at least once a week, twice a week,” Bob said. “’When are you going to get rid of it; we need the room in the garage.’”

Kathy added, “It's getting more and more worn out. The brakes aren't working very well. The grand-kids want a ride and what if the door pops open.”

So, the truck being loaded on a trailer and heading out of town is just the happy ending Kathy wanted.

The truck took on antique value since Bob purchased it, but he decided to sell it for what he paid for it.

“It’s what I paid for it, so that’s what I’m going to sell if for,” Bob said. “It’s going in the family, so that’s the most important thing.”