Millennials aren’t stopping at the grocery store on their way home from work and buying a six pack. Instead, they’re more likely to go to happy hour. 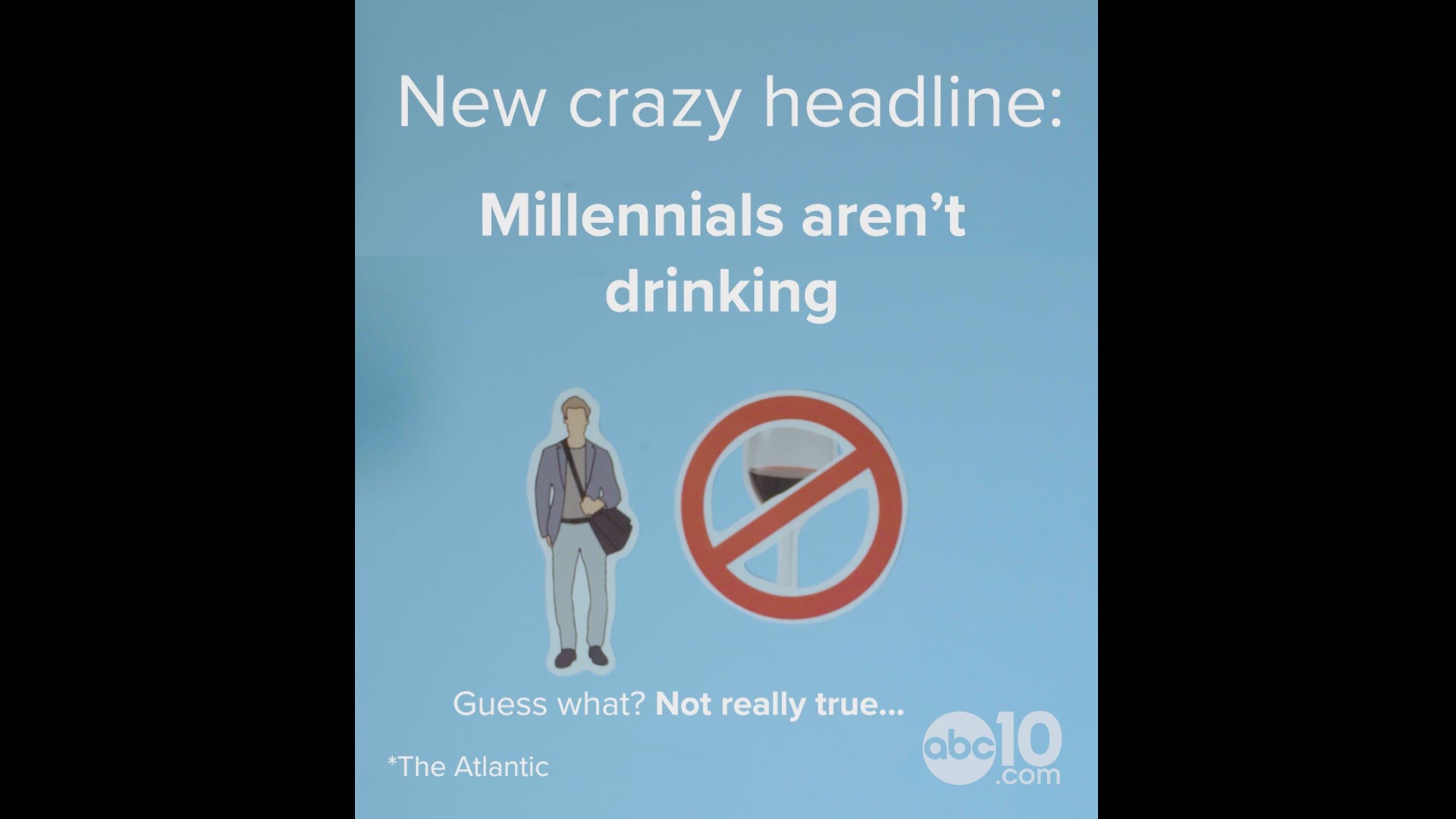 But, they're not sobering up, either.

Millennial drinking rates are pretty stagnant month to month, so basically they’re not drinking more, but they’re also not drinking less, either.

What we do know, though, is the culture has changed. Millennials aren’t stopping at the grocery store on their way home from work and buying a six pack. Instead, they’re more likely to go to happy hour, as more than half of all millennials go to a bar in a given week.

Millennials are also responsible for the rise in spirit sales, aka vodka, whiskey, tequila. If they choose beer, then it’s more likely millennials are picking a craft brew instead of something like Coors. And yes, millennials are spending less money on alcohol than Baby Boomers, but they’re more likely to try new products, especially if they’re socially and environmentally friendly products.

One of the reasons for the possible decline in alcohol consumption is that about half of all millennials will choose weed over alcohol, at least in California.

So are millennials sober? Nope. They’re just drinking differently than other generations.

Millennials are apparently not drinking soda anymore, but you can’t beat a burger and Coke. It’s a classic!