Millennials have turned into cereal killers

Millennials are apparently too lazy to eat cereal because they don't like cleaning it up. 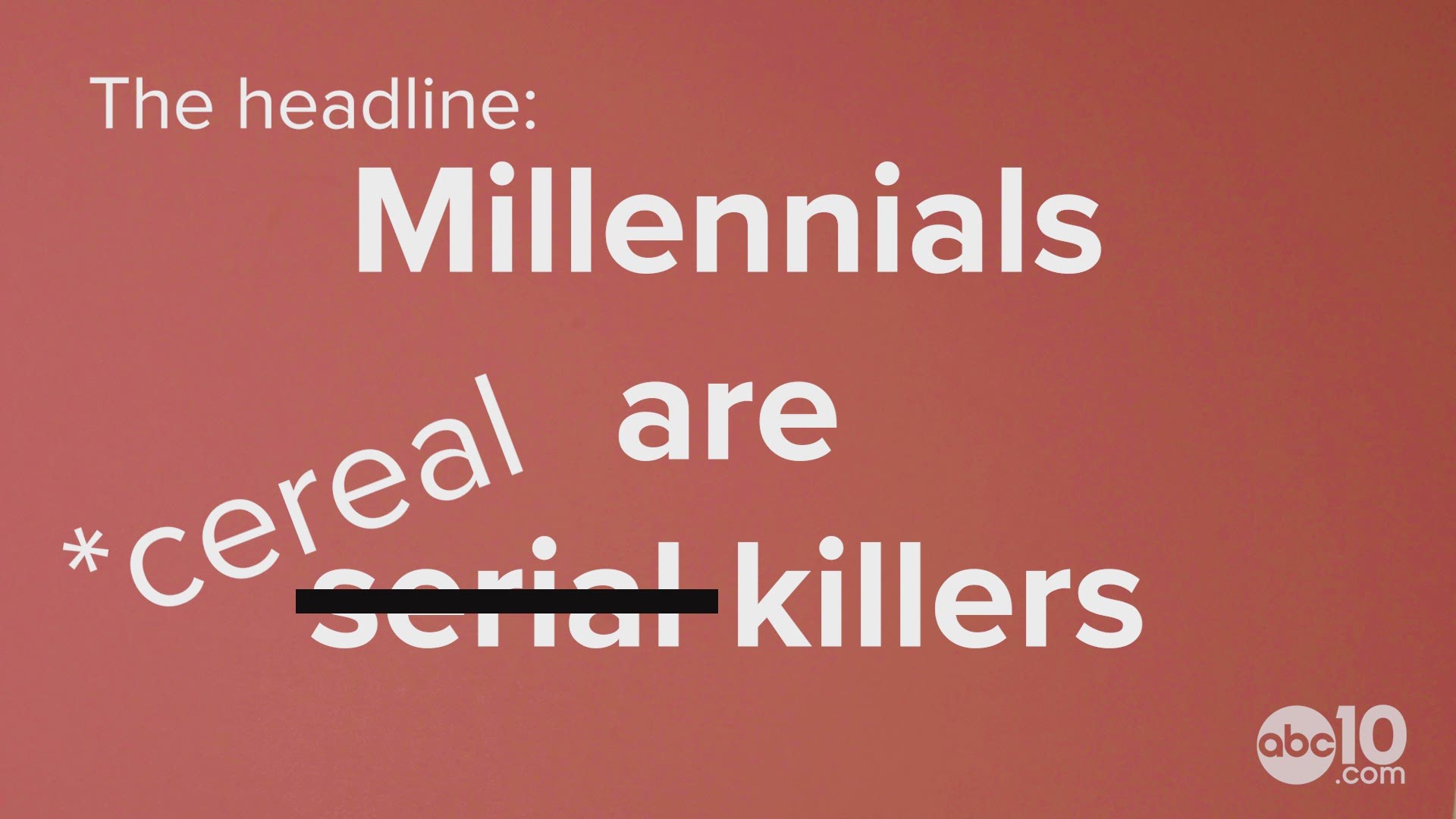 It’s because apparently they’re too lazy to eat it. But isn’t cereal one of the laziest foods? It’s just a bowl, cereal and milk. How hard is that? That's besides the point.

But, cereal isn't just consumed in the mornings anymore. Healthier options like granola bars and trail mixes are rising in popularity and becoming the go-to snacks of choice for the younger generation, leaving cereal consumption for later in the day.

Another reason? Yogurt with granola is making a comeback. Get a yogurt cup, sprinkle that granola on top and boom! You get a parfait. I believe it was Donkey who said it best... "parfait’s gotta be the most delicious thing on the whole damn planet!" He wasn't wrong.

Plus, it's easier to clean-up a cup of granola and yogurt cup.

No, millennials are not killing beer | Adulting 101

Millennials are killing beer. But it's definitely not their fault.