'I would rather get a ticket than pee my pants': Police officer pulls over driver rushing home to use the restroom 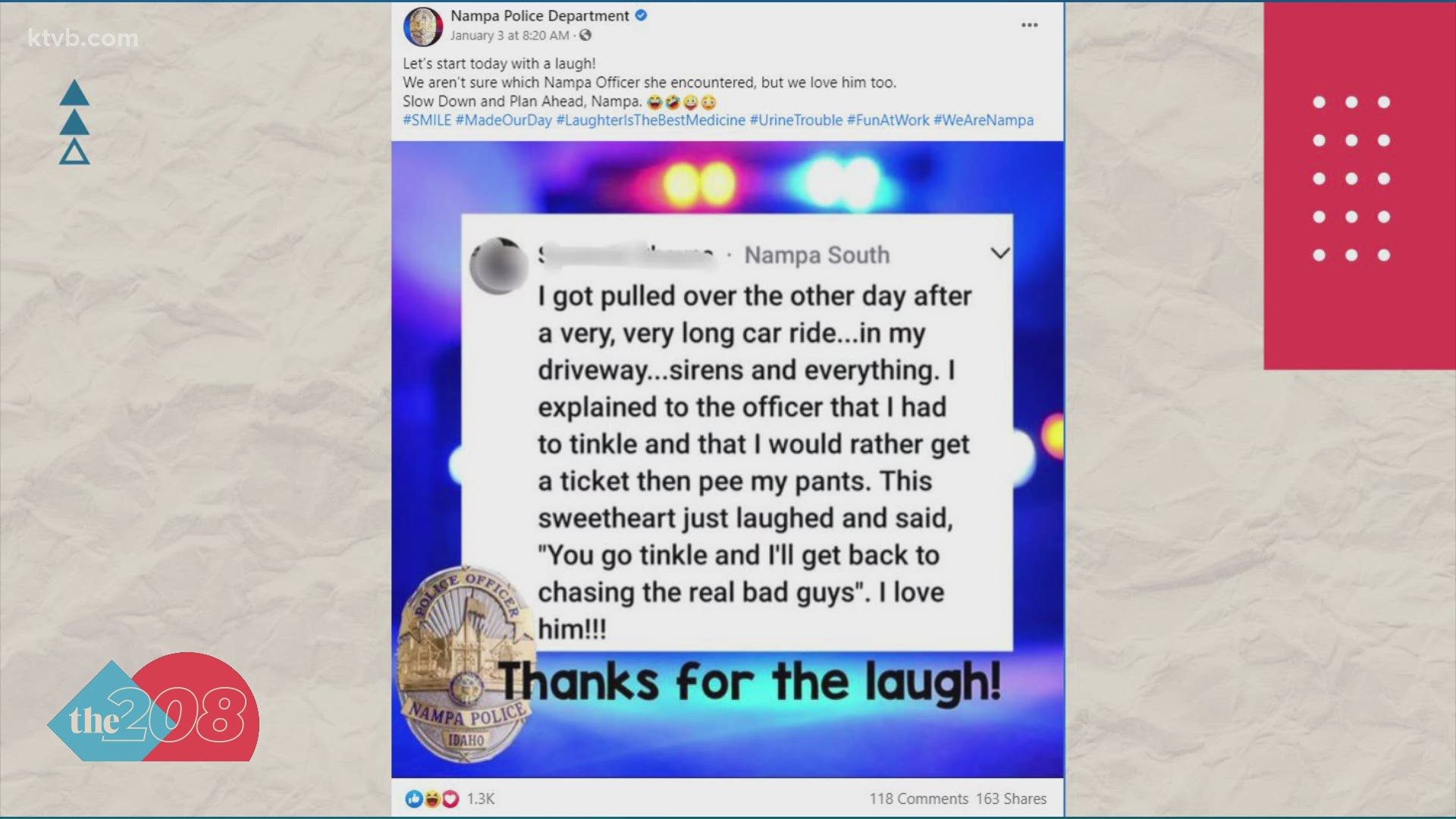 NAMPA, Idaho — How many times have you told your children (or maybe been told yourself) to make sure they use the restroom before heading out on a long car ride?

How many times have you heard them peep up from the backseat 20 minutes into the drive, saying 'I have to go...now!'?

This was the case for one Nampa driver who, admittedly, was speeding home after a long drive because they had to go to the bathroom so badly.

Their speeding did not go unnoticed by the Nampa Police Department, however. They were pulled over by an officer while rushing home to relieve themselves.

"I got pulled over the other day after a very, very long car ride... in my driveway... sirens and everything," the driver wrote in the post. "I explained to the officer that I had to tinkle and that I would rather get a ticket than pee my pants. This sweetheart just laughed and said, 'you go tinkle, I'll get back to chasing the real bad guys.'"

The department shared the comment, noting that they weren't sure which officer she encountered but that they love him too, and included the advice, "Slow Down and Plan Ahead." The department also added the hashtags, #MadeOurDay #LaughterIsTheBestMedicine #UrineTrouble and #FunAtWork.