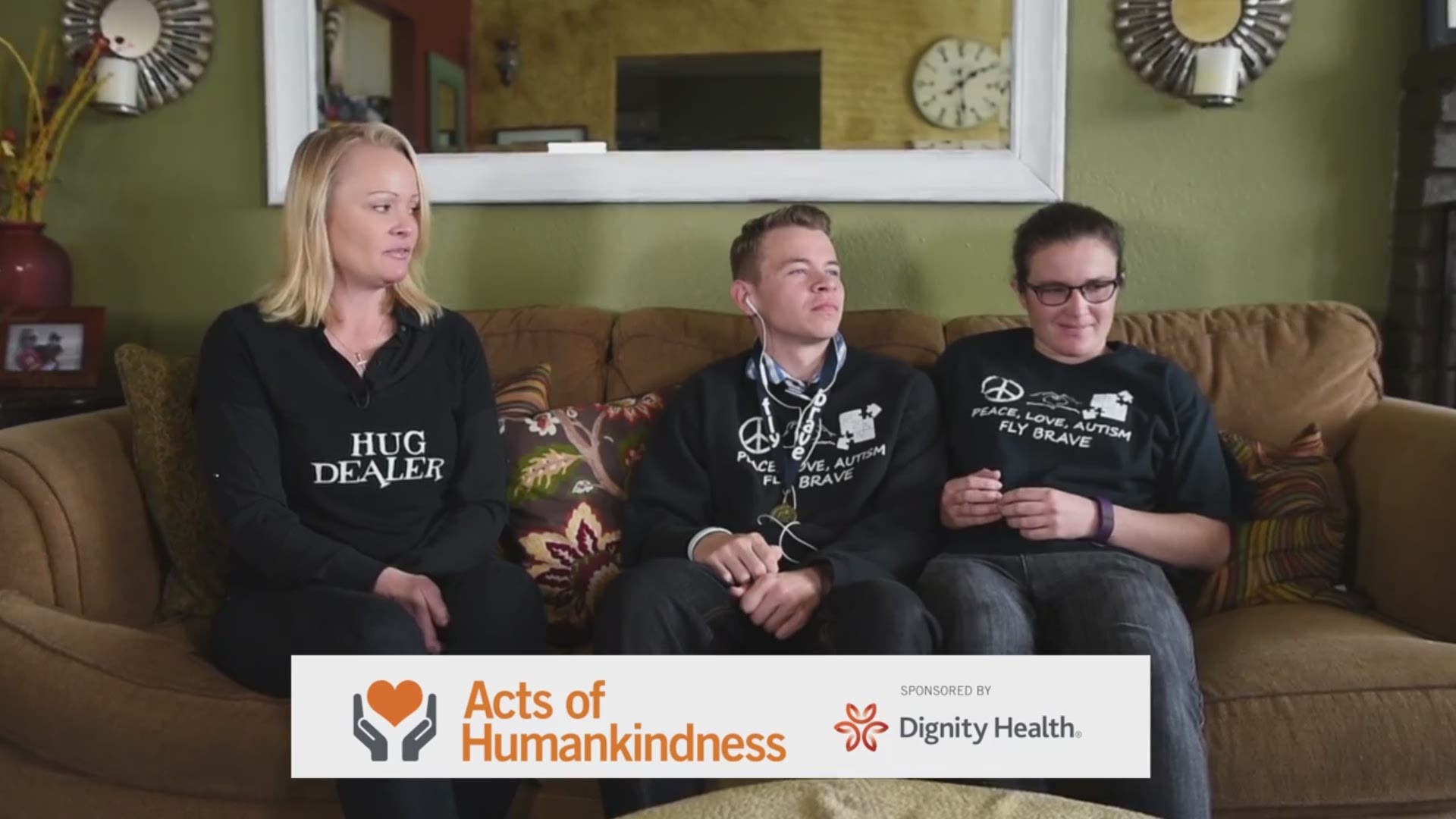 "Currently, the unemployment rate among autistic adults is nearly 80% nationwide. While the focus has been solely on early intervention for children with autism, they grow up to become adults with autism and the resources for their continued growth and success are limited. The depression statistics in adults are as equally astounding as the unemployment rate. Seeing the need first hand, being a mother to a young adult with autism, I decided to do something about it. I took a leap of faith with the hope it would open doors for a population that has fallen through the cracks." - Vanessa Bieker, Founder of Fly Brave

Vanessa Bieker was chosen as Dignity Health's Acts of Humankindness recipient. Learn about Vanessa and her autistic son, John's journey to starting FlyBrave.org, a non-profit organization that helps adults with autism.

Acts of Humankindness is sponsored by Dignity Health.