Days after the civil rights icon and U.S. representative was laid to rest, the community shows that his memory won't be forgotten. 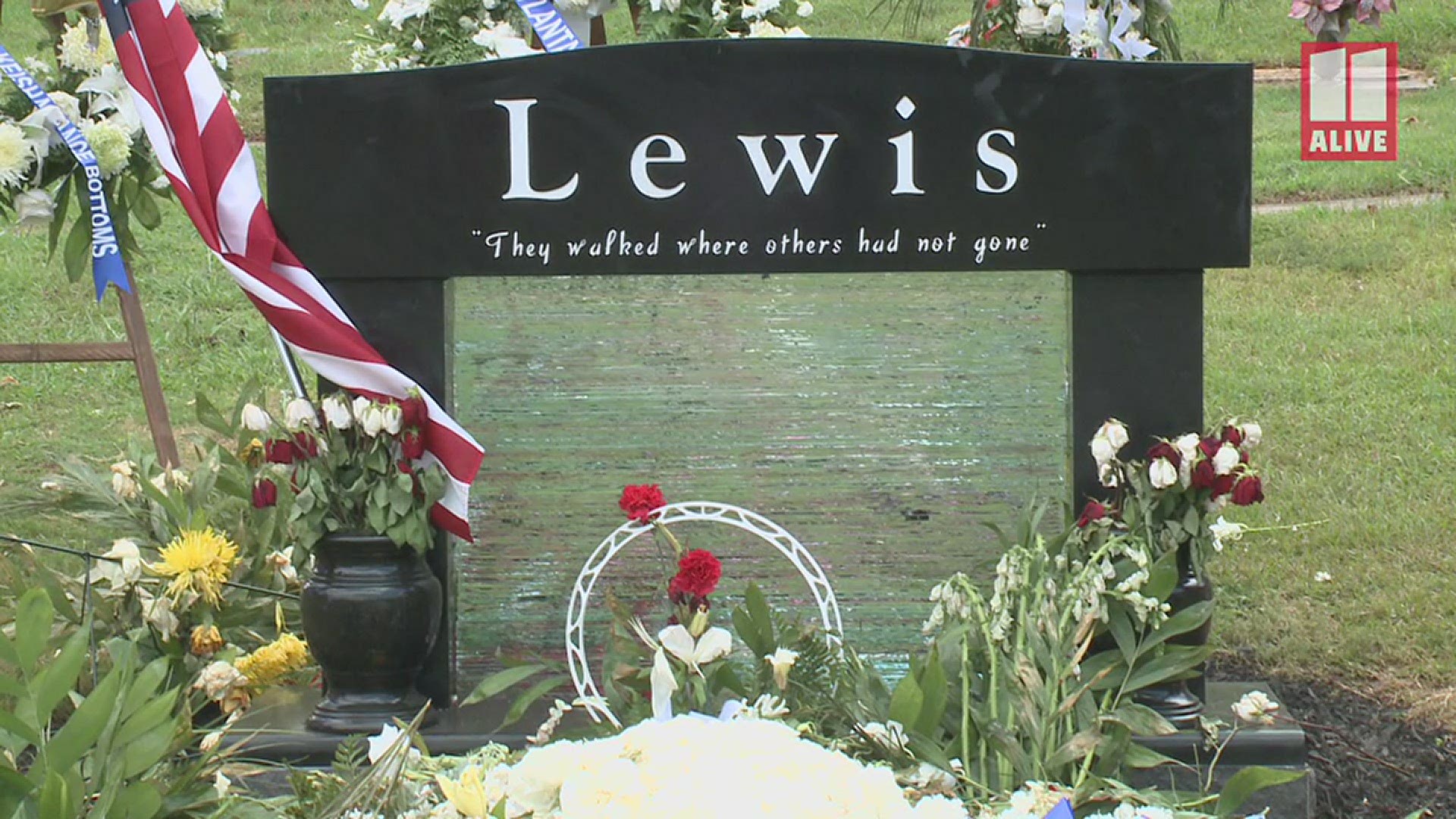 ATLANTA — Just as John Lewis' legacy does not end with his passing, tributes to the late civil rights icon and U.S. representative haven't ended either - even days after he was laid to rest in Atlanta.

John Lewis's journey to his final resting place at South-View Cemetery in Atlanta took him through Selma and Montgomery, Alabama and Washington. And at each stop, mourners and those celebrating his life, both young and old, took opportunities to pay tribute to Lewis.

The man whose sacrifices at the Edmund Pettus Bridge brought a shockwave that changed America is still remembered far and wide.

So, it likely comes as no surprise to those who know him - and know of him - that the gravesite of "The Conscience of the Congress" would be covered a large accumulation of flowers as thick as snow and surrounded by displays of honor and kindness.

It's yet another memorial for a man whose death has spawned many - in Atlanta and around the United States.