Thank you for your service, Ron Vance

Ron Vance served in the US Military active duty and reserves just over 24 years. He joined the US Navy in 1971 thinking he wouldn't have go to Vietnam at age 19. 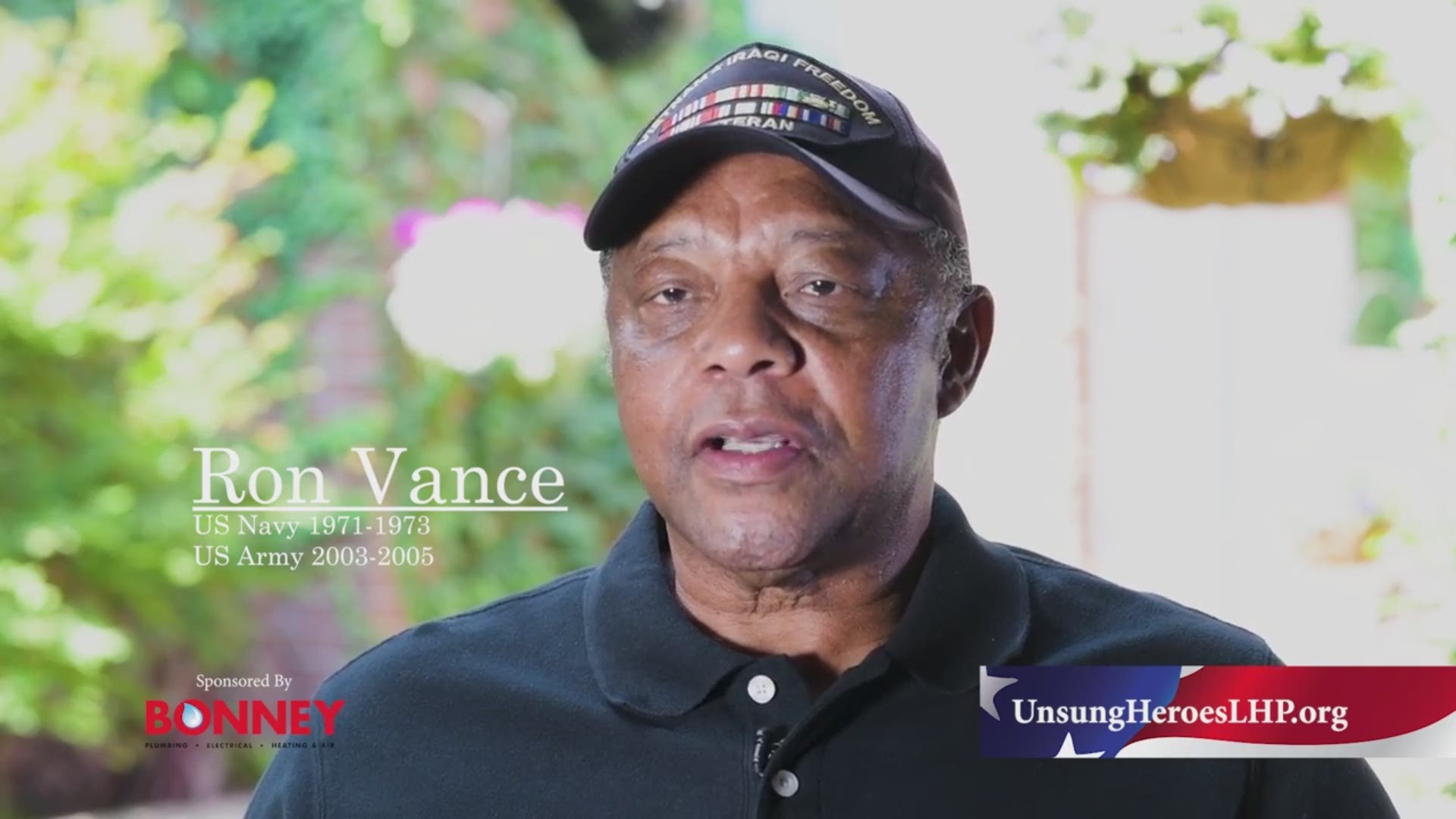 Ron Vance served in the US Military active duty and reserves just over 24 years. He joined the US Navy in 1971 thinking he wouldn't have go to Vietnam at age 19. "I was afraid, yet ready to serve my country," says Vance. "The first days of boot camp were really different from anything that I had learned in my young life. No matter what you did it was wrong... from folding your clothes or when it was time for a smoke break...There was someone yelling at you constantly." Vance's first duty station was in Yokosuka, Japan - USS Oklahoma City CLG-5. His job onboard was cook on the Port Watch. "We had 1400 soldiers onboard and 4 meals a day were prepared."

"First call to the shores of Vietnam, as the ship came about and five and six inch guns fired, the blast from the guns made the ship rock as if it was a big gray beer can in the ocean. This went on day and night. It was just the beginning of nineteen hour days whenever we were on the gun line. We fired a lot of rounds and we were fired upon. Several times the enemy came close to hitting us."

A Navy recruiter took Vance see an Army recruiter in 2000, a year and a half before 9/11. Vance was trained in the Army National Guard Transportation Company and his Unit was called to Iraq in 2004.

When asked if he would do it all again, Vance explained, "If the choice was mine, I wouldn't. There was a thing called the draft... You came or the government came and got you. The people and places I got to see, I wouldn't change... it was all a great learning experience. I saw places that are in history books. I am a living testimonial of history during my young life. I am now fifty years old and yes, still afraid...war and fear has no number... it will scare you at any age."